Jeannine Lancey Haggard has always appreciated the value of education. However, she’s always understood that hunger is an issue that some people tend to forget about; college students can go hungry. This is why Lancey decided to join the Associated Student Government at CCC.

Haggard originally dropped out of the 8th grade, but later wanted to finish education, and was originally rejected from school. “Back in my day if you were with someone, you couldn’t go to school,” Haggard said. Soon, she would get her GED and work towards a higher level of education. “I desperately wanted to go to college, but we didn’t have financial aid at that time, so I was never able to aff ord to go to school”. After a while, she settled down and started a successful daycare center. Though her business was doing pretty well, she still desired a college education. Now, financial aid has become available for college students.

In 2013, Haggard moved to Portland and filled out her financial aid for Clackamas Community College. Her financial aid was approved and she began attending school at CCC. She had a 4.0 GPA her first year of school, and has remained on the honor roll since the start of her attendance at
CCC. She is also a dedicated ASG student. “I joined the Associated Student Government last spring, and found that this was my niche,” she said.

In September, Haggard was asked to help the Cougar Cave Food Bank, where food boxes are provided for students in need. This
soon became her passion. She has spent much of her life hungry, and aims to prevent college students from having to go through the same process. She helps facilitate Free Food Wednesdays in the Community Center at CCC. “Right now we’re averaging 100 students a week through that program; last week we had 161 students. I couldn’t do this without ASG. They support the Cougar Cave. They help with everything,” she said.

Haggard and the Cougar Cave are now planning a massive rummage sale. “We’ll have 30 tables and live entertainment. We’re trying to raise $1,400, so we can give students spring break celebration baskets,” she said. Although all the dry-food goods have already been pledged for donation, the $1,400 will also give students coupons for protein items such as chicken or turkey at local grocery stores for holiday dinners.

Haggard believes strongly in helping others. “People ask how you can successfully do service; I say that you have to give until it hurts, and then give a little more. All of us at ASG believe this, and it drives us.” 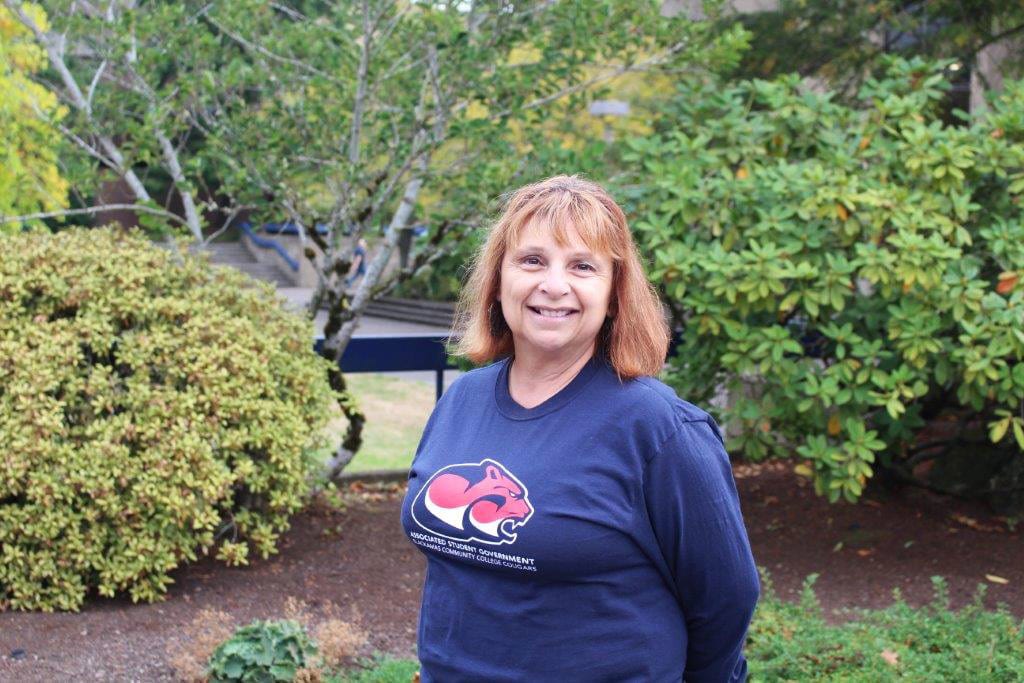