Family and friends gathered on April 21 at Timber Park in Estacada to spread hope for a missing Clackamas Community College student.

Brandon Powell, 18, went missing on March 12 after running from his home at 5:45 a.m. near Ivy Road and Lake Shore Drive in Estacada wearing only blue pajama bottoms with no shirt or shoes.

Powell’s mother, Ester Thompson, posted from Powell’s Facebook page, “Brandon had a panic attack early this morning. He kept talking about how much of a failure he was. Then ran out of the house.”

In addition to being a student at CCC, Powell was also on the school’s track and field team.

“He was very talented; he definitely contributed to the team,” said Clackamas coach Keoni McHone when asked about Powell. “He was very hard working and coachable. He got along with everyone on the team, was there every day and never missed practice.”

Others also spoke highly of the 18-year old.

“Brandon has such a promising future. He is a wonderful young man that wanted to give back just like my dad gave to him,” said Melissa Giannoni Graham at the vigil, whose father was Powell’s big brother in the Big Brother program for the last 10 years.

“He was so happy to be on the Clackamas Community College track team,” said Graham. “He had just come so far.”

Cheyenne McFarland, a friend who considers him like her brother, said she had seen Powell weeks before he had went missing.

“He was just being able to solve a Rubik’s Cube, and he came over to my house and I just thought it was the cutest thing ever,” said McFarland. “He always was able to deliver that spark, that happiness. I miss him a lot.”

Powell’s mother gave an emotional speech at the end of the vigil suggesting people haven’t painted her son correctly after many accusations posted to Facebook regarding Powell’s disappearance and possible whereabouts.

“There was a side to him that you guys didn’t know, that side was a person who helps people,” said Thompson. “He made
people better people because he stood for what was true. He deserves to be remembered for that.”

Debbie Bain, who works at the store Powell and his family frequently visited over the years, also spoke at the vigil.

“Brandon is who we know. Brandon is that special kid who we all love, and that is the person who we need to find. That
is the person that we need to make sure that everyone knows we are looking for, we can’t let anyone forget that.”

The vigil was short and simple due to a friend to the family breaking down and losing his temper. The police came and got
him under control while Powell’s loved ones finished up the vigil by watching a slide show of Powell, lighting candles and
praying for him.

He is said to have ties to Wilsonville, Gresham and Sandy.

“We’re still receiving tips here and there,” said Sandy Police Department Detective Jason Coates. “Every tip we’ve gotten we’ve looked into, for example, someone last week thought they saw him in Oregon City, but they were mistaken.”

The Sandy Police Department is still looking for Powell. 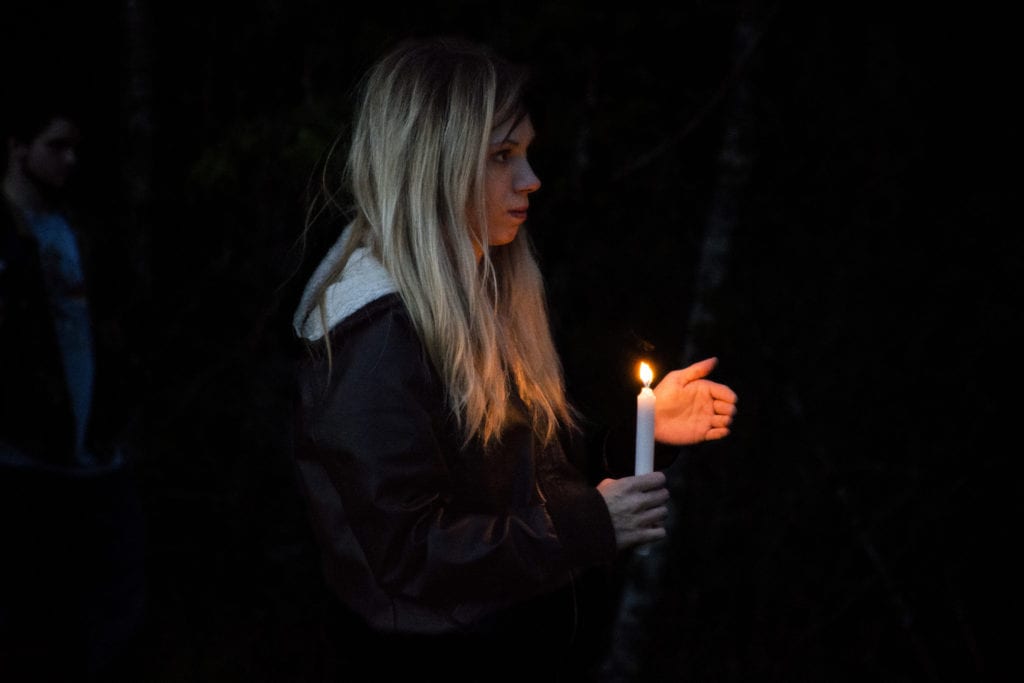