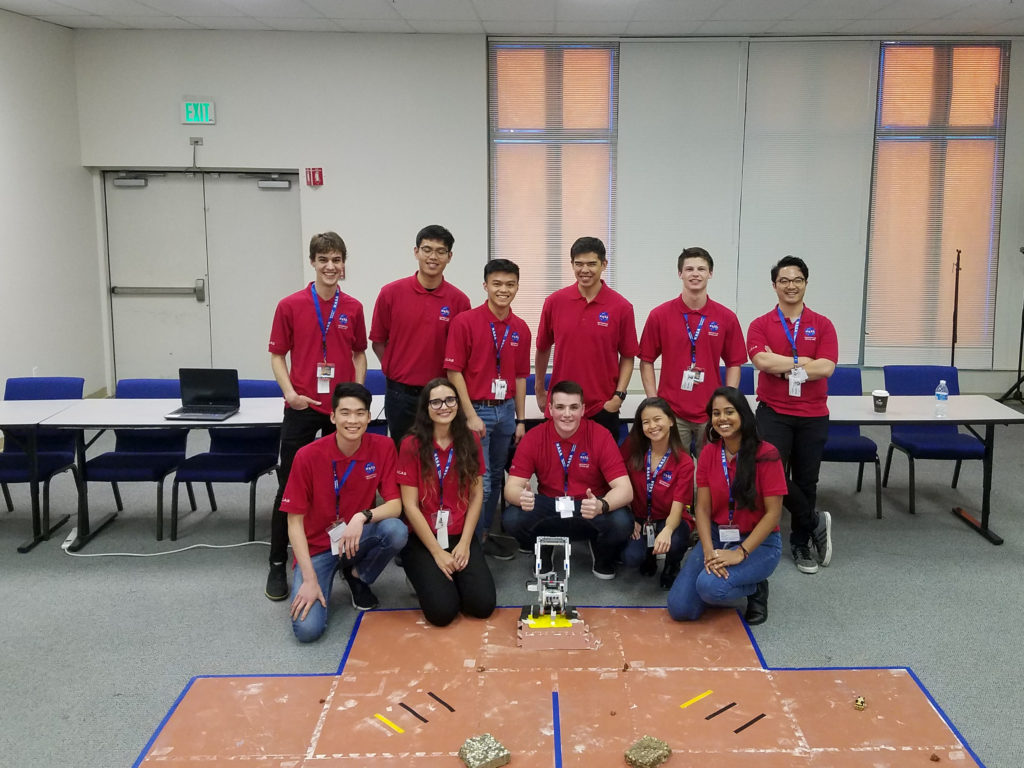 From football fields to fishing for the stars, Jacob Colton, a student at Clackamas Community College has taken one step towards his future and an even bigger step for humanity. The Clackamas Print sat down with Colton for an in depth interview on his acceptance and experience with NASA for the NASA Community College Aerospace Scholars in April and his two out of 40 chance of returning to help surf the stars.

The Clackamas Print: What sparked your interest in science?

Jacob Colton: When I was younger we’ve always kind of lived in a rural area near Estacada, and one night my dad brought out his old telescope and he just pointed it at the moon and just let me look at it and just seeing how it just sat there in the sky, like nothing holding it, it was amazing to me and so I wanted to learn more why it was like that and what else was out there, cause you see all these lights in the sky and you go, “Maybe there’s something around that?”

TCP: Any extracurriculars or anyone that you looked up to that was special?

Colton: During high school it was Neil DeGrasse Tyson and one of my high school science teachers Mr. Donnelly. He kind of made science not the “nerdy” thing that people always think of stereotypically, but he made it the cool kind of science, where you blow stuff up and you go look at cool stuff and figure out how it all works. I was interested in astrobiology at first, and that was because of my biology teacher in high school, Ms. Smith.  As soon as I got into college, I was like “Alright, well I’ll think about biology,” and biology I wanted to do, but it wasn’t as easy as it would’ve been coming from Oregon and so last year, year and a half ago I decided that engineering, and that’s when I found out about the program.

TCP: How did you find out about the program?

Colton: I was taking Engineering 115 class with a great professor, Eric Lee, and I highly recommend anyone to him, and he talked about internships or scholarships for STEM students that were looking into aerospace or mechanical engineering. I talked to him specifically about aerospace and he said that there was this program called the NCAS or the NASA Community College Aerospace Scholars and that every year, four people get to go to a space center and go get classes and work with NASA engineers. So I went to their website, I typed in my name and everything and you have to submit letters of recommendation, you have to write a small essay on why you’d be interested and why they might like you in the field and then you wait — and if you get accepted you take a five-week online course with a final project and if you get that then you’re golden and they pick a space center for you and you go there for a four-day all expenses paid trip.

TCP: From what you’re telling me, it seems like a very choose-y, picky situation in the sense of they only picked a few people from this college? Or from Oregon? What was the story on that?

Colton: So obviously Oregon isn’t the most noticed state in the world, but you know California is the most populated, but Oregon is kind of like the state that people think about – that’s kind of like Wyoming… and so we don’t have a lot of participating community colleges in Oregon. When I was down there doing my thing, everyone was from California. I know coming from small town Estacada, going that far is amazing to me.

TCP: What were the reactions of your friends, family and professors to you getting in the first time?

Colton: So when I actually got accepted into the on-site experience, first off I was in the car with my dad when I got the email and we were in Yamhill Carlton for whatever reason – never go to Yamhill Carlton – we were in Yamhill Carlton in his truck heading home and I saw the email and it said “You’ve been invited to the NCAS on-site experience” and only like 400 people in all the U.S. for this term get to go and so like, I flipped out and screamed a lot of profanities and excitement and I almost made my dad steer off the road and I started crying and all that, and I was like “Oh my God!” and then I told my mom and they’re all so proud of me. No one really ever expected it to be possible.  Everyone was really proud and I told my professors and they emailed me a congratulations – it was awesome.

TCP: What was the whole program about?

Colton: We flew down and we basically did a rover competition with Lego robotics, the EV3 model to simulate our teams – cause there was four teams down there, red, green, yellow and blue – each of our four teams were a separate company that NASA would contract to go to Mars and so we made a Mars rover with these Lego robots and they would do specific tasks and each task would get a certain amount of money which was basically points and the team at the end with the most amount of points – after they did a speech as well – would be given the winning, basically NASA would choose them for going to Mars. So we did all that, my team was the Red Vulcans, I was the chief systems engineer and our team won!

TCP: How did you feel coming back from all of that?

Colton: The first couple of days, I wanted — well we were working 12 hour days straight and getting like five hours — well for me personally — of sleep a night and I felt like when I got back I could’ve gone for another two weeks like that. I felt so motivated but sad when I got back — I was so motivated to keep pushing forward and now I know that’s what I wanna do and so I am going to try my hardest in all of my classes to make sure I can actually achieve this goal. And so it was very helpful for that and I get to put it on a resume… And then there’s the new thing I learned about yesterday.

TCP: Oh yeah, you wanna tell us about that?

Colton: So two students out of every group that go to the on-site experience, two of them out of the 40 are chosen – they show leadership and collaboration characteristics again and they show – they look like they have an edge over everyone and so if they look like they are responsible and great at what they do, ARC or the NCAS team will choose two people to come back down and help set up, rather than being students there, they’re helping the actual NASA employees and everything set up for everything. You get paid, all expenses are paid for, flights all that, food, and you get to work hands-on basically with more of the NASA employees and anyone that’s basically done this gets a NASA internship within a year and I was chosen for that.

TCP: And then from there, there is a possible internship?

TCP: What are your future plans after Clackamas Community?

TCP: Is there anything here at CCC that is helping you enrich your NASA dreams?

Colton: In kind of a roundabout way,  I’m learning American Sign Language and the way that it connected through was when we were in an online seminar meeting and they were talking to the camera and there were subtitles cause it’s live and there was someone in the chat that was like, “I don’t know what you’re saying cause I’m deaf,” and I was like, “Wow, like that kind of sucks that they aren’t prepared for that kind of situation.” And so someone was transcribing it and it was like, you know what, it would be helpful to a lot of deaf persons, especially who want to go into STEM that if I tried to learn some sign language – so that way I think it’s helping. And also I bought the Lego robotics for extracurricular programming and building – so I bought the same thing they were using down at NASA.

TCP: What is it like being a small town boy and growing up and doing something with a lot of opportunity like this?

Colton: It certainly shows that hard work achieves your dreams and actually getting to go to something like that is very, very amazing and sobering experience for me. Especially when I was down there everyone was from California, no one was from Oregon, well there was one guy from Hawaii actually – but Oregon they were like “Oh, you’re from Oregon?” and I said, “Yeah,” and they asked, “What’s it like up there?” and I replied, “Oh you know, it’s rainy, boring, I come from a town of 2,700 people and the graduating class is 99 people.” and they go “Yeah my graduating class was like 400,” and I said “Yeah that must’ve been nice.” And so having this mentality of such a small world and being able to spread it out and becoming successful in the thing I really, really wanted to do since eight years old, it’s a very powerful and amazing experience and all the hard work that I achieve through my family, my friends, my teachers – just working hard has achieved all of it and I’m very proud of myself for that.