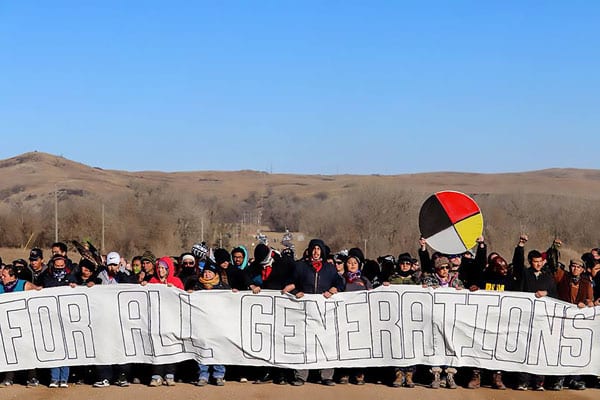 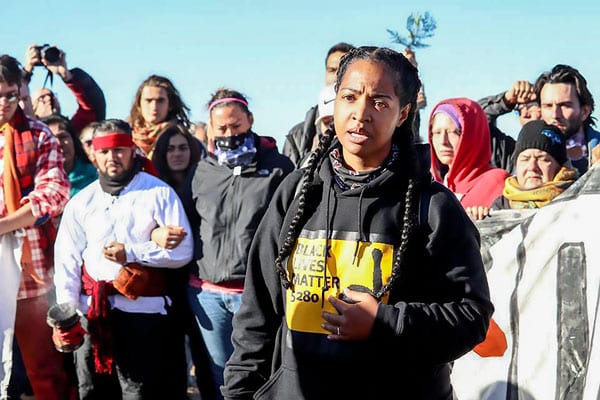 Vanessa Castle is of the Lower Elwha Klallam Tribe in Port Angeles, Wash. and is a former student at Clackamas who recently withdrew to protest the pipeline with many others in North Dakota.

“I am here as a water protector to help stand with the Standing Rock Sioux Tribe in their fight against the Dakota Access Pipeline that will be crossing the Missouri River with potential to destroy the drinking water for 18 million people downstream,” said Castle. “I am also here to bring awareness to the violation of treaty rights of indigenous peoples and now the atrocious violations of human and civil rights by the local, state and federal law enforcement and National Guard.”

The North Dakota protest has raged on since spring of 2016. Fears of its sweet crude oil traveling and its potential effects on the water system and the violation of Native Americans’ rights have driven many protesters, who are both non-Native American and Native American people from all over the nation. The Dakota Access Pipeline will travel all the way to Illinois.

“I came here in prayer,” said Castle, “and to stand alongside my brothers and sisters to perform ceremony in attempts to stop the Dakota Access Pipeline, and to stop the desecration of sacred sites and burial sites.”

There have been other Native Americans in Oregon who have responded or who oppose the pipeline. Christian Chapman, a member of the Oglala Lakota tribe, expressed stark support for the Standing Rock Sioux tribe.

“The Standing Rock needs everyone to stand with them because…their problem of preserving water quality is also our own,” said Chapman. “From Flint, Michigan to [the] majority of Portland Public Schools, we share the same water. 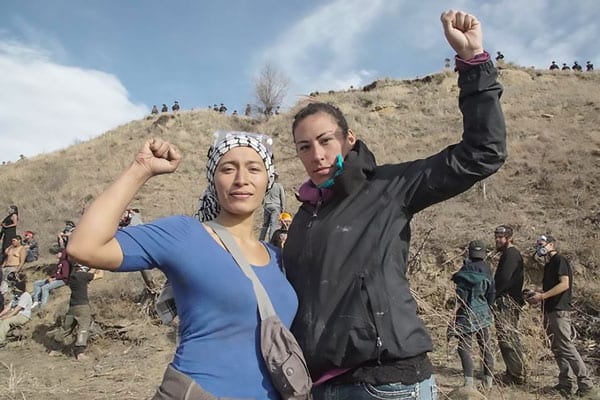 Water is life and without [it], we couldn’t survive,” said Chapman. “It doesn’t take an Einstein to know this. We are going to really have to invest in what matters. But we can’t break the backs of people trying to truly care or chase businesses away, either.”

The protesters have taken to social media and to the reporters to tell their story of police brutality. The use of dogs, spraying water on protesters, rubber bullets and concussion grenades have been a part of the police’s arsenal against the anti-pipeline protesters.

In a news statement released by the Office of the United Nations High Commissioner for Human Rights, one human rights expert called the actions by U.S. security forces, police officers and the National Guard as “excessive force.” Comments went so far as to call the actions “inhuman and degrading conditions in detention.”

Castle shared Facebook user Curtis Ray Yaz’s very graphic post of one of the protesters near Cannon Ball, North Dakota. The female protester in the photo had to have her arm amputated due to a concussion grenade tearing away the flesh and revealing the bone.

Today, a female water protector had to have her arm amputated after Morton County Sheriffs landed a direct hit with a concussion grenade last night,” said Yaz in his Facebook post.

As it stands, anti-pipeline protesters continue the fight in North Dakota, risking more than a holiday meal. It is not clear if accusations against officials’ actions toward protesters, such as the use of cold water on protesters at night, will go any further than just that: accusations. 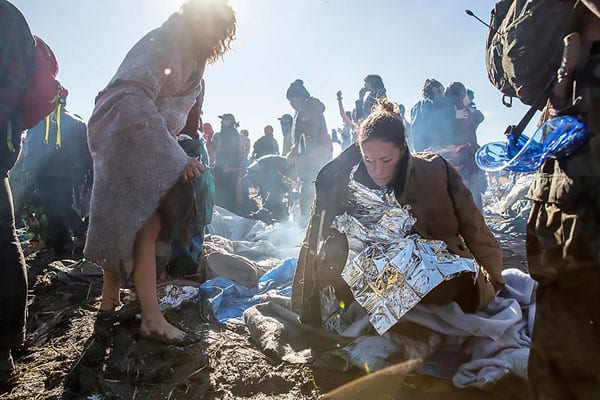 All photos contributed by Desiree Kane