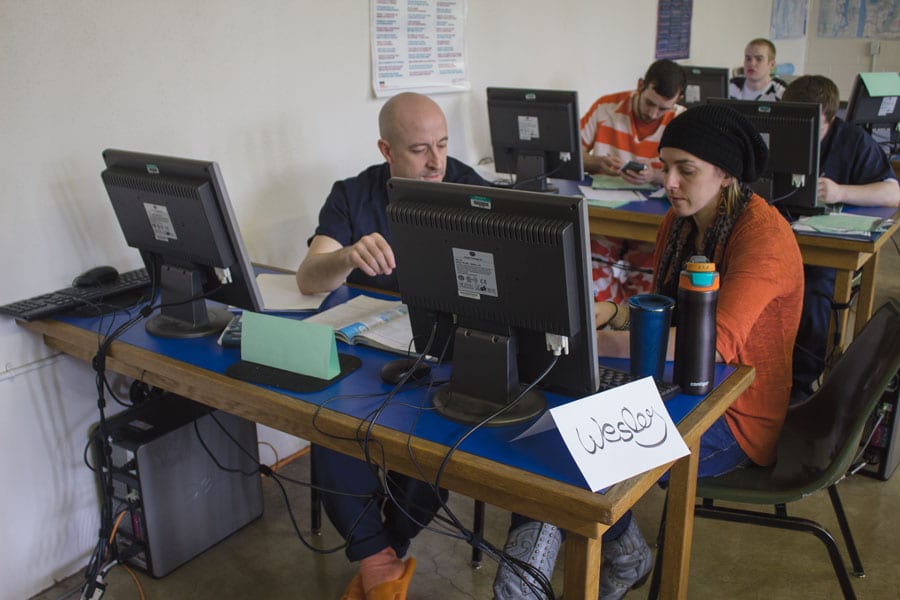 It’s difficult to concentrate in class when surrounded by cement walls, wearing a prison uniform and being watched by guards around the corner.

But that’s how class is for 20 students working on their GED at the Clackamas County Jail. 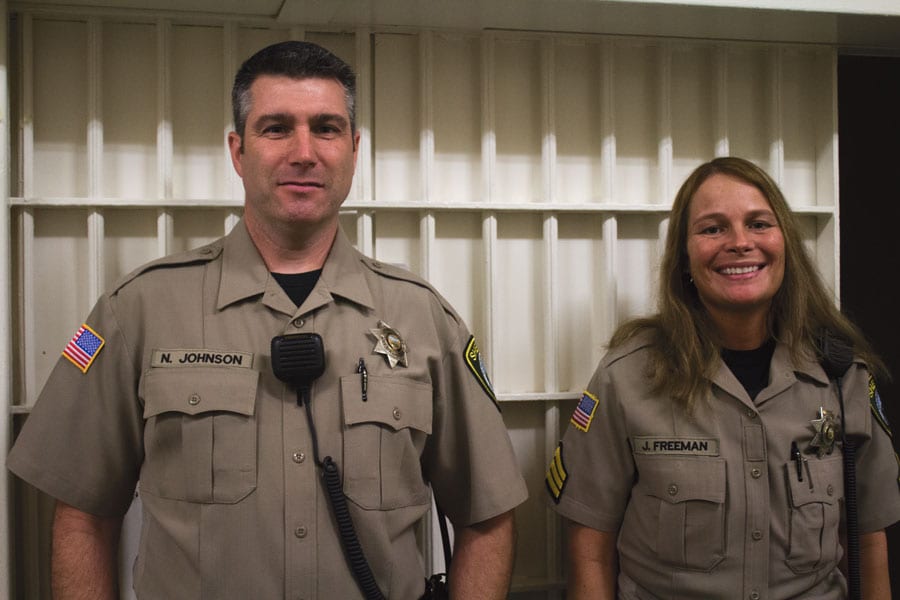 The Clackamas County Sheriff’s Office has a connection with Clackamas Community College, which gives an opportunity to people who have been incarcerated to earn their GED.

Since winter of 2000, there has been a contract with CCC and the jail in which students have the chance to take classes towards their GED.

Sergeant Freeman said, “We wanted to open it up to where everyone is eligible to go, it doesn’t matter their age or if they’re mandated to go.”

Potential students go through an application process to become students. A maximum of 20 students are allowed in class, both men and women.

Deputy Norm Johnson is in charge of the selection process.

All the details are critical, from classification to education. Inmates who have already earned their diploma have the opportunity to tutor other students.

“I look through them and I pick 20 students out of about 450 inmates we have here,” said Johnson. “Every week we lose people, because they get released, because their time is up or sometimes they get transported to another county. Pretty much we keep 20 inmates in the class and keep it full.”

Lauren Zavrel, a CCC instructor, works part time in the skills development department and has been teaching at the jail for two years.

In order to pass, students study math, reading, writing, language arts and social studies. The classroom is unlike anything on campus.

The instructors have a difficult job creating a consistent and conductive learning environment.

“I’m asking them to learn algebra and a lot of them are just learning how to multiply,” Zavrel said.

Even when things get frustrating in the classroom, the teachers are never alone.

“I had a fight once after a class and it wasn’t anything really serious, but it just makes you think,” said Zavrel. “It reminds you where you are, and that things can happen sometimes that are not within your control. Given what happened last October with Umpqua Community College, I was here that day, and the thought went through my mind that I usually feel safer teaching in jail then I do on campus because it is a controlled environment.”

“If you have a problem you press a button, you pick up a phone and people come charging in ready to diffuse the situation, so that I’m completely removed from having to deal with that.”

Most of the time, students want to be in the classroom because they want to move on, earn their GED and make the right changes in their lives. There is a sense of comradery; when one student passes a test, they all celebrate and then everyone wants to pass because they see what’s possible.

Dajen Green is in jail for drug charges and theft but now he is on his way to earning his GED. He enjoys math because of the numbers, he said. “I’m tired of this revolving door; I want to have options in life,” said Green. “Lauren has helped me a lot, in the examples she gives, the attitude she has and the motivation she gives me. She believes in me.” 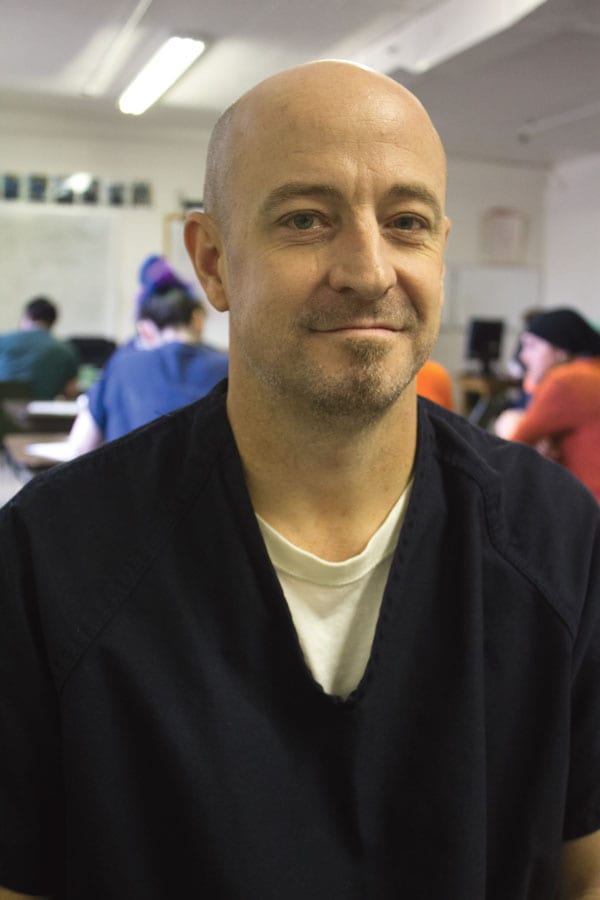 Alan Coulter is one of the oldest student in the GED program at the age of 40.

He plans to further his education after earning his GED by going to CCC and getting an automotive degree.

Alan Coulter is 40 years old and got arrested for drugs and alcohol but now as a student, he is headed in the right direction. He wanted to set the record for getting his GED the fastest. He’s passed everything minus math but that won’t stop him. He said that even though he learned math in high school, most of the equations and formulas don’t look familiar.

“Hell yeah, I haven’t even finished it and I already feel successful,” said Coulter. “If I can do it, then these other younger people can do it.”

For his future, he plans on taking automotive or welding classes.

Shannon Madison is a student that has started from the bottom and has only grown from there. She said that her father never made her go to school, so she was uneducated. Even with her struggles in math and other subjects, Madison said, “I try not to let fear stand in my way.”

Her self-confidence has gone up, she loves reading and she has been successful with her education, especially with the opportunity to spend one-on-one time with a teacher. She plans to keep going to school and wants to become a mechanic, working with race cars.

“I’m glad they provide this class here,” Madison said. “A lot of people wouldn’t try to better themselves if it weren’t for this class.”

So far eight students have earned their GED, but the goal before graduation is ten students.

Students can also take parenting and life skills classes at the jail. Once they are released, they can continue taking classes at the Transition Center to continue.

Jail is a different environment which is why Zavrel said, “You always have to come in ready for everything and anything.” Although, even though these students are in jail, they are still a part of CCC.