College and higher education can be a powerful thing in people’s lives. It can open the door for new job opportunities and help people achieve their dreams. However, as many students across the nation can tell you, college is expensive.

The tuition and cost of books alone can reach thousands of dollars and that’s not even including the cost of living. It’s an unfortunate fact that many people today simply can’t afford college on their own, and because of that don’t seek higher education even if they want to. Which is why organizations like the Clackamas Community College Foundation are founded to help students and give back to the community.

The CCC Foundation is a non-profit organization composed of 30 volunteers that exists separate from the college itself. Their mission is to raise money for different scholarships to give to students and funds to put directly into the college and its campuses. They do this through a variety of methods including fundraisers both on campus and in communities and donations from people, alumni and businesses. In fact, according to foundation head Paul Moredock, many businesses give because they “… see the value of our programs and say you know it’s a direct benefit for me to put some money into a scholarship so that people who graduate from those programs, we have a good chance of hiring.”

The foundation is also responsible for a number of community events, some of which, as stated before, help contribute to the foundation’s funds. Recent events on campus like the CCC Wrestling Crab Feed last September or off campus like the annual Corporate Challenge were both hosted by the foundation for the community that bring in funds for scholarships. The latter also draws the attention of many businesses on an annual basis all of which amounts to an impressive amount of money awarded to students.

According the foundation’s website in 2016 they gave an estimated average of $1,600 to over 200 students. All of which reaches an estimated amount of $600,000 given in 2016 to students who needed help paying for tuition, or paying for the many costs and living expenses that comes with higher education.

The foundation offers this money in the form of over 300 different scholarships that are offered for a variety of reasons. Some are for specific programs offered at CCC such as nursing, automotive, and many other technical and career programs. They offer some based on things like which high school you attended, where you live, if you’re a parent, a veteran, disabled and many other qualifications.

Part of the reason why they offer such a broad set of scholarships is because the foundation makes sure to honor the wishes of all their donors and what they wish to help support in the community.

That’s really the biggest thing that the foundation does besides help students. They also help to build and connect people to the community, from managing hundreds of donors and request, running fundraisers and corporate competitions and even hosting free events like yearly lunches to help put scholarship recipients in touch with the donors that provide the money. They volunteer their time to help make the college and community a better place.

I think Paul Moredock said it best when he talked about their events and job, “…It’s really to try and help foster a sense of community and continue to get the word out that our scholarships provide a huge value to our students and it’s a way to connect our students to our donors.” 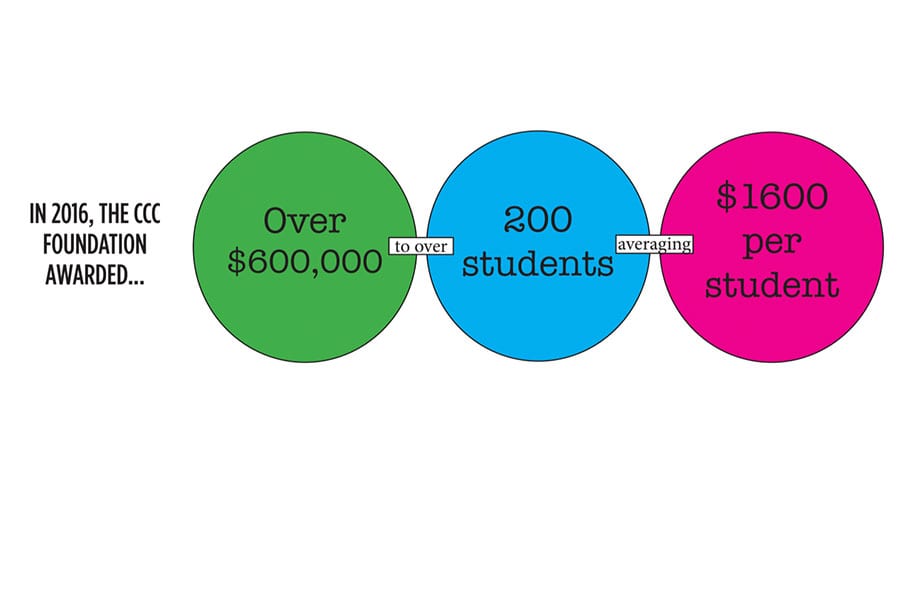