Subaru of America drives onto campus 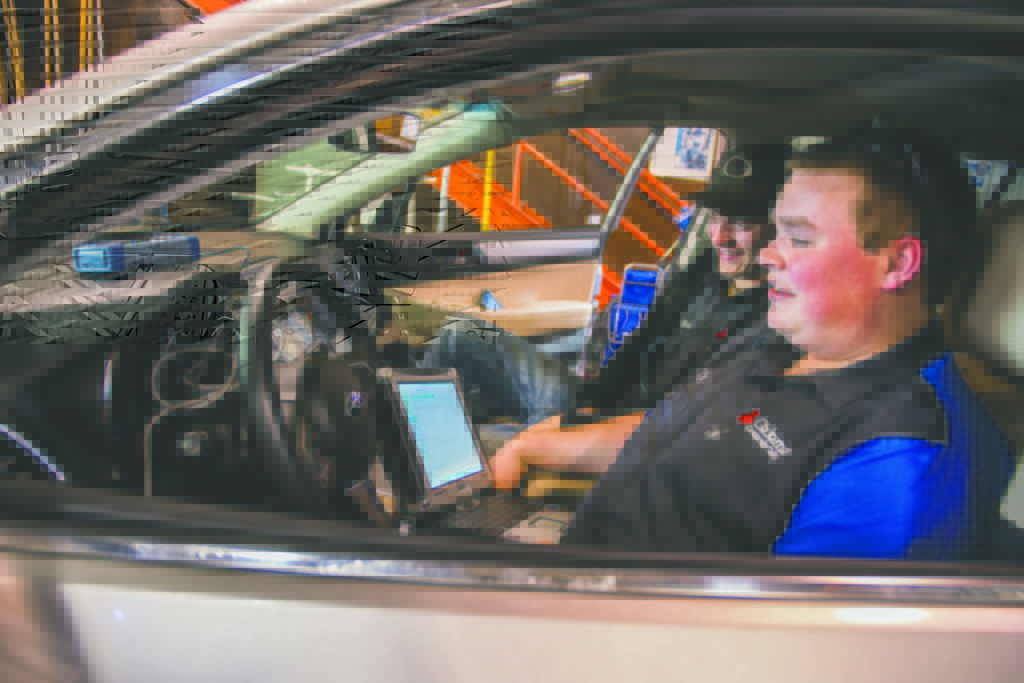 AUTOMATIVE PROGRAM PARTNERS WITH SUBARU OF AMERICA FOR POTENTIAL INTERNSHIPS

Donations don’t come in very often, but the automotive department at Clackamas Community College has received a donation from Subaru of America.

In the second and third week of September, they received three cars that all arrived on different days from Subaru, a 2017 Outback, a 2016 STI and a 2015 Forester.

These cars were donated to the students, in order to get them acquainted with modern day vehicles. Students in automotive classes such as Automatic Transmissions, Electric 1-2, and Fueling Emissions will now have access to these new vehicles.

The arrival of the cars also brings a new program to the students of the automotive department. Automotive students now get the chance to use Subaru factory tools and software with the donation of stand-alone car engines and additional parts from the company.

With all the resources Subaru is providing to students, and with the mixture of Subaru’s Online Training into CCC’s current curriculum for the automotive department, students will learn more to earn the entry-level training that Subaru technicians have today in modern America.

Two students in particular, Tyler Lloyd and Ross Dawkins, have been working on the 2017 Outback in the automotive lab. Right now both Lloyd and Dawkins are going through a process and taking steps to educate themselves on the Subaru brand.

“Right now we’re going through a packet, it’s basically we are plugging in systems into the computer figuring out all different speed sensors, basically everything to do with the sensors in the car,” said Dawkins about the process he and Lloyd are undertaking in order to understand the Subaru brand.

“[To learn] about modern day cars and how they work, because everything else was more based on the control modules.” said Lloyd.

Regardless, both students are definitely interested in making it a career. Lloyd is unsure of where he wants to work and what he wants to do with his experience in automotives. Dawkins is planning to work towards getting to work with Chevrolet and wants to work specifically on diesels, engines that power many Chevrolet vehicles.

Subaru also wants automotive students to earn a career, and to make sure the program partnered with local Subaru service centers, which will help students have a chance at a paid internship or a job revolving around the production of Subarus.

Students in the department still have to keep in mind that there are still specific goals in classes, in order to make sure they qualify for an internship or job at Subaru. At least that’s what Jared Green, CCC’s automotive service technology instructor, said regarding goals for the vehicles.

“There are civic exercises that we do with them, and some things we go through on the computer controls [for the Subaru’s] for things that we test and experiment with,” said Green.

Green also said that there are “several different levels” that students go through when learning about the cars. An example of this that Green explained would be that the students would go through what would be called the “brakes class” by doing extra work for Subaru revolving around vehicle brakes.

Students then take a specialized test of that class from Subaru, and students who pass that test are considered “brake certified.” Once certified, they won’t have to go through that process again, because they are already certified to work on brakes for Subaru.

The automotive department and Subaru are overall working with students to make sure they are able to move on into working in automotives in the future. As for the program, it is considered to be long-term at CCC.

“[The cars] will be here for four years, and then they’ll probably get repurposed or re-donated, and then we’ll have fresh ones four years from now,” said Green.