Seven members of The Clackamas Print traveled down to Los Angeles for a journalism conference. Three of the members stayed the night at an
international youth hostel in Santa Monica. Santa Monica was a nice change after two nights in Universal City. Here are some of the reasons why staying an extra night was great.

The Beach. Yes, an uncrowded beach with a warmer ocean than Oregon does exist. There were more people at the beach compared to Oregon but we were not there during tourist season, and the beaches were large. Looking out on the ocean there were sailboats, surfers and parasailers. The ocean had a cold nip, but it didn’t take long to get used to. Caution, the undertow there is stronger there than in the Oregon oceans.

The Santa Monica Pier. There are places to eat and Pacifi c Park, with rides like a Ferris wheel and a roller coaster. We rode the coaster and I had fun.

The Hostel. It was safe. For $67 each, we stayed in a six set dorm that had lockers. There was a free short-term
room to hold your bags for free and large lockers that could multiple bags for $5. We were able to fit our nine various sized bags into one locker. It had free cereal but there were no alternative options for food if someone had allergies. One guy told us that he is working to change that.

Other cool things. Third Street is accessible only by walking and a giant outdoor mall. Venice Beach is a nice walk down the beach from Santa Monica and has lots of shops, food, bike rentals and henna. Be sure to have cash because the ATMs looked sketchy. In-n-Out is about an hour walk south from Santa Monica but we were able to make the trip.

Walking with the stars

I was exiting the Metro in Los Angeles onto Hollywood and Highlands. The goal was to find the landmarks: the Pantages, the Chinese Theater, the Cinerama, the works. I don’t know why, but everyone was behind me, and anytime I’d fall back in line, people would slow down.

Naturally I manipulated the gait of those behind me as much as possible.

There was a lot of light, I remember that much. We were shambling through a human blob street side on sidewalks much larger than Portland’s. I walked a mile. A skateboarder raced by before eating shit on the sidewalk at 15 mph. He jumped back on his board and raced off down the road, hoping no one had noticed.

I picked up his hat and continued walking until he realized he had left it. He skated back towards the group I was in.

“I guess being a Good Samaritan is in me…”

We embraced and proceeded to chat. This man, Trey, was obviously enjoying the kicks of MDMA with the amount he was trying to touch me. One hug. Two hug. Jesus Christ, stop touching me.

After a mile of friendly chatting he tried to touch some of the other people in the group. We grabbed a picture with this fine young man. With a smile he kicked his board back under his feet and rolled away, both physically and mentally.

Hollywood has a bad reputation for being a bad neighborhood. As far as I can tell, this is probably only the opinion of suburbanites that are uncomfortable in any urban setting. Hollywood was beautiful, having been freshly washed by a sheet of rain the previous day.

We walked from Highlands down to that famous intersection Hollywood and Vine, the entertainment center of the entire world. I took a moment by a monument on the south side of the street. I was standing next to a Starbucks, looking at a billboard that had an advertisement for the Church of Scientology. I realized that while Portland feels self-obsessed right now in its gentrification complaints, but if the former center of the film world has a Starbucks and that old facsist Scientology center illuminating its blacktop, then all of the America’s cultural centers must be in some jeopardy.

We found the Chinese Theater, and I walked around alone. I found my heroes Jack Nicholson and Frank Sinatra. Turns out Ol’ Blue Eyes and I have the same size feet.

Funny. I was worried that I might not fit in in Hollywood. 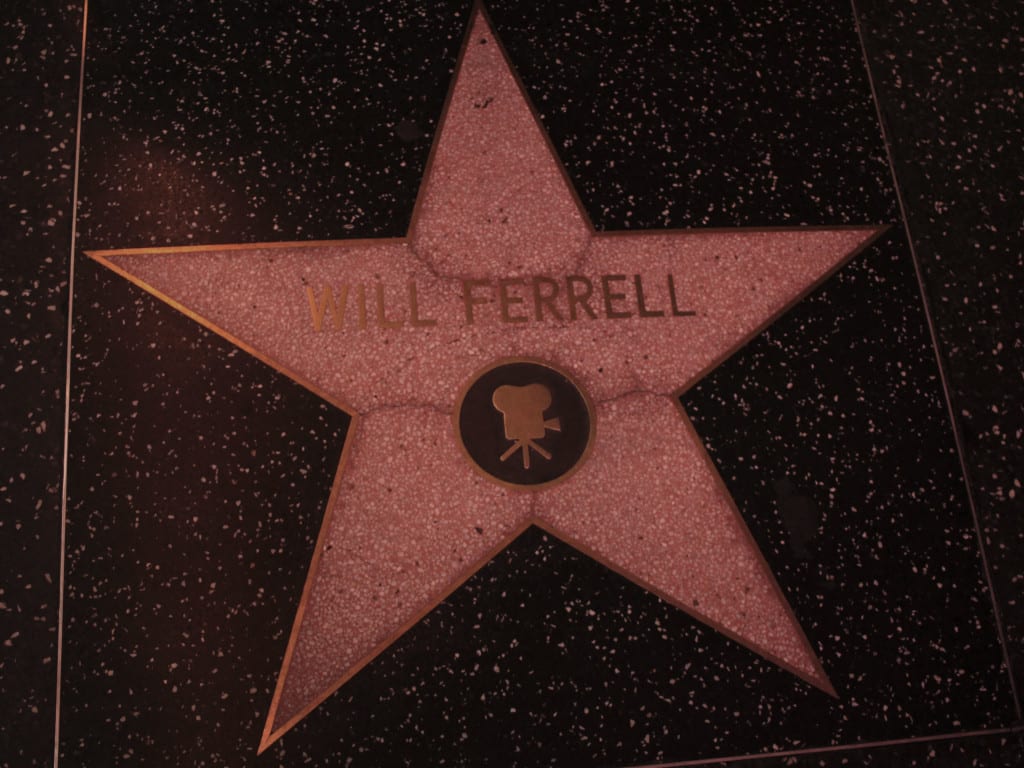 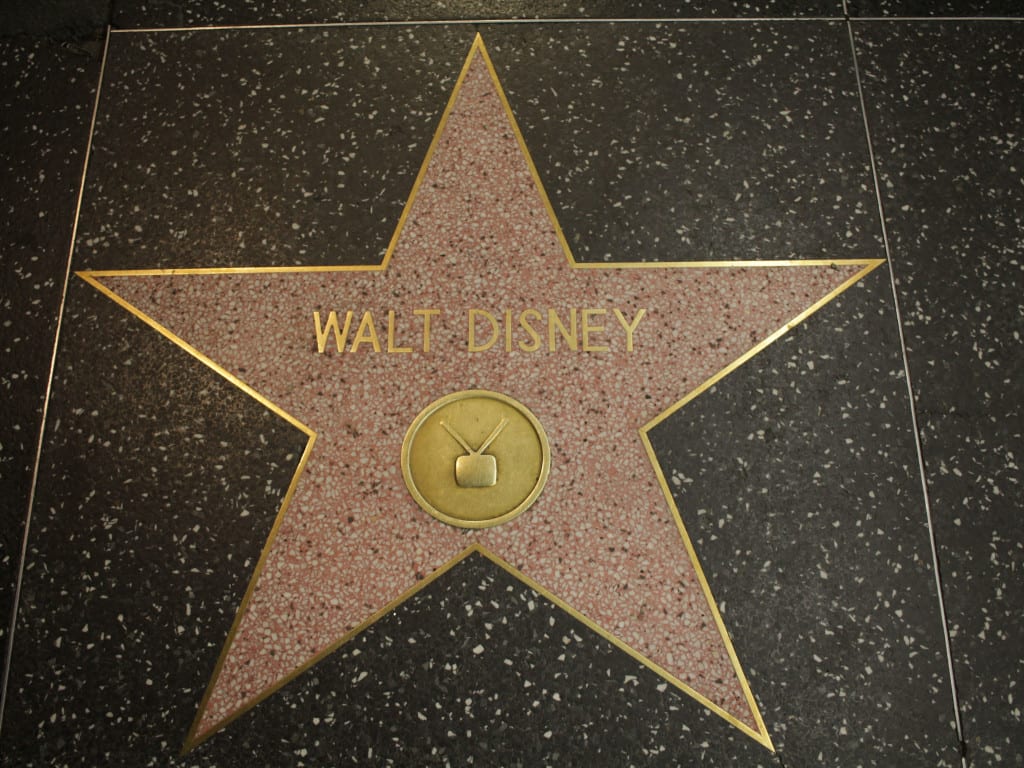 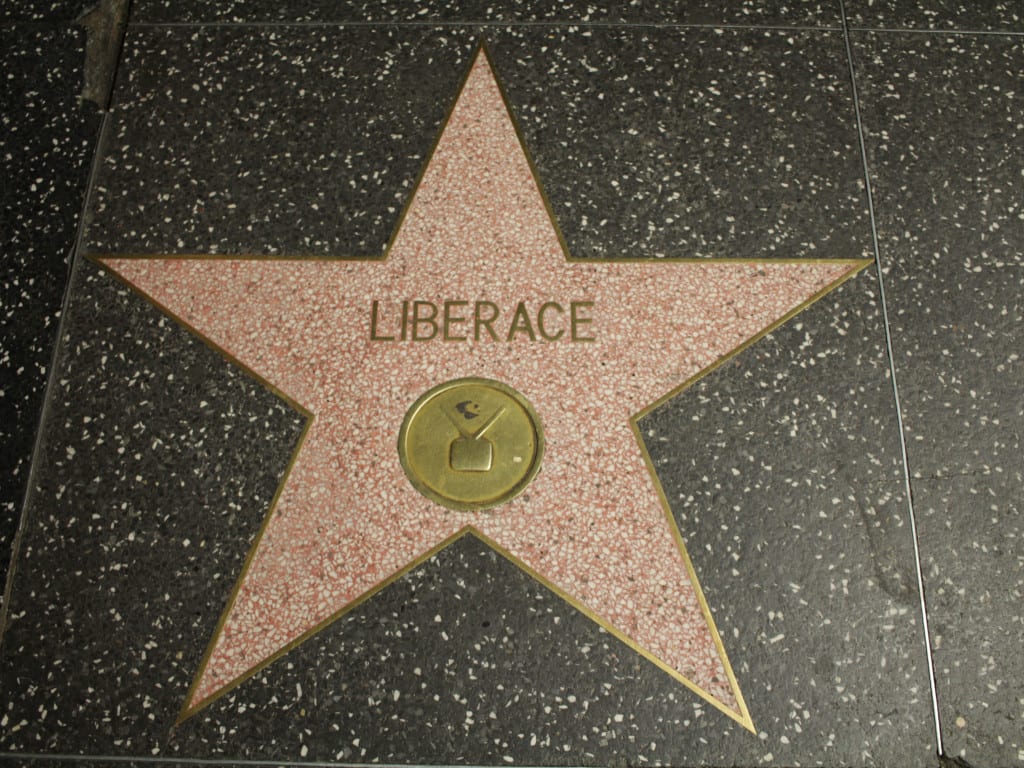 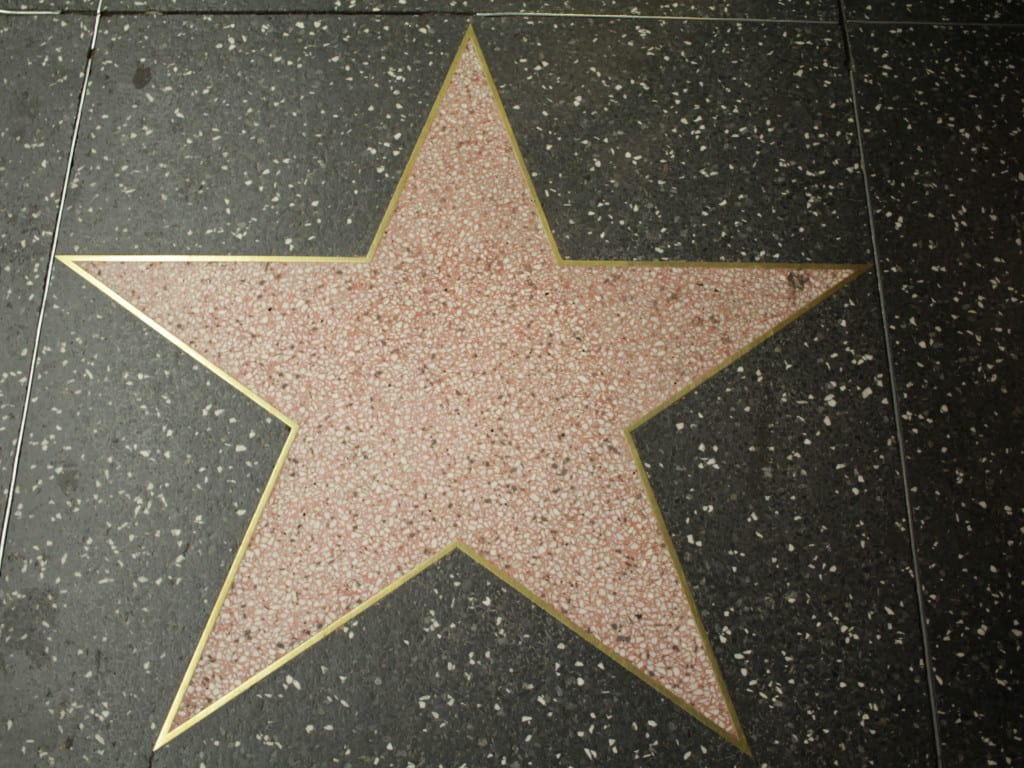