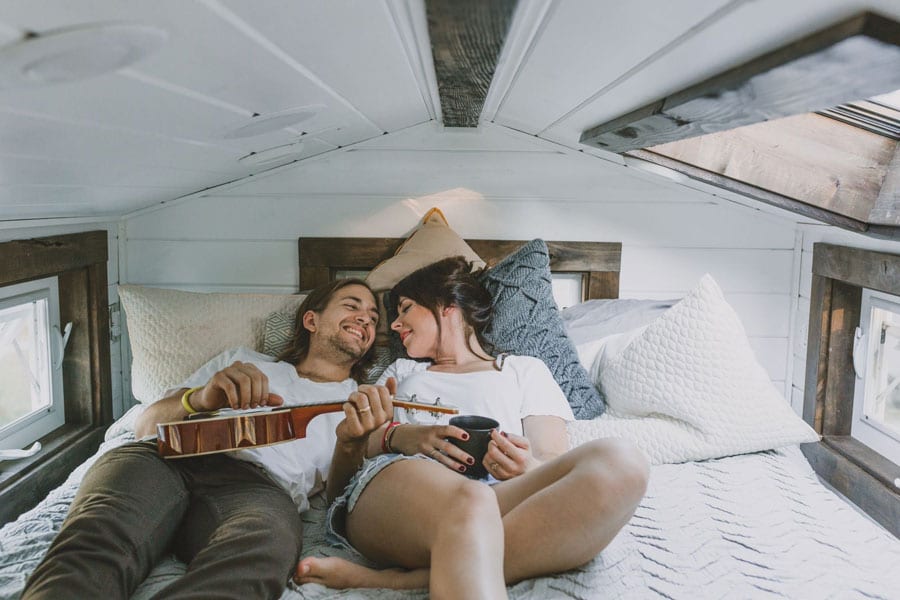 With the increasing cost of rent in Portland, and nationwide for that matter, it’s no surprise that tiny homes are becoming more popular.

The tiny house movement is spreading. People are opting to get rid of their high monthly mortgage payments and invest in much cheaper option. Not only is it because of financial reasons, people are drawn to the freedom that tiny homes provide.

Many tiny homes are mobile, while some people just purchase a plot of land and park their tiny house.

“I think most people are drawn to the uniquely small living space. I feel people who are interested are also looking to challenge themselves; can they really live that small?” said Silvis.

Tiny homes offer people the freedom to go on adventures. This is a huge factor in the increasing popularity.

Tiny Heirloom is a local-based business that specializes in building luxury tiny homes. The team is made up of the extended Francis family, some of whom attended Clackamas. After building their first tiny home, they received so much attention that they were recruited for a show on HGTV called “Tiny Luxury.”

The first episode aired in September, 2015. Tune in to HGTV mid-July to see their next season.

Jason Francis, who attended West Linn High School and is in his early 20s, said, “It’s been nationwide for us. We’ve only had one client in Portland. All the rest have been out of state.”

The base models start at $79,000. This includes everything to make the tiny home livable; however, the price can increase with customizations.

Francis also said, “The most popular demographic we’ve been seeing is couples between the ages of 20 and 35.”

Tiny homes aren’t for everyone. The biggest change is downsizing in material possessions. Of course, there’s also needing to find land to place your tiny house on. Some houses come with land, some don’t. Some people want the freedom of being able to move their house anywhere they want, which usually means renting out land.

Courtney Keene, owner of Wanderlust and Wildhearts in Portland, took to the show “Tiny House Hunters” to find her tiny dream home.

“My parents built a tiny house, a 12- by-12 cabin for the first few years when I was born, while we were building our bigger house. So it’s always been a part of my childhood,” said Keene.

Keene said the only downside to purchasing a tiny house is getting ready for the downsizing that has to be done. The benefits, though, greatly outweigh this issue.

“I think the sustainability aspect of it is really nice,” said Keene. “It is really energy efficient. And we own it, it’s ours. That’s the biggest benefit.”

Keene has a very successful business in Portland and this is a perfect example of how downsizing can be sustainable.

However, for those who are interested in this lifestyle change but don’t want to commit to it yet, Portland has its very own tiny house hotel. It’s called Caravan — The Tiny House Hotel, and features six tiny homes for guests to rent out. The Caravan is located at 5009 NE 11th Ave.

People have come from out of state to stay in this hotel. The caravan has been featured in some Japanese magazines and have had many guests fly in from Japan. The majority of the guests come from the West Coast.

Carrie Lipps, the manager at Caravan, has been working here for about two years. “When we opened, we were the first tiny house hotel in the country, and the only one … They [the owners] wanted to create a hotel that really reflected Portland,” said Lipps.