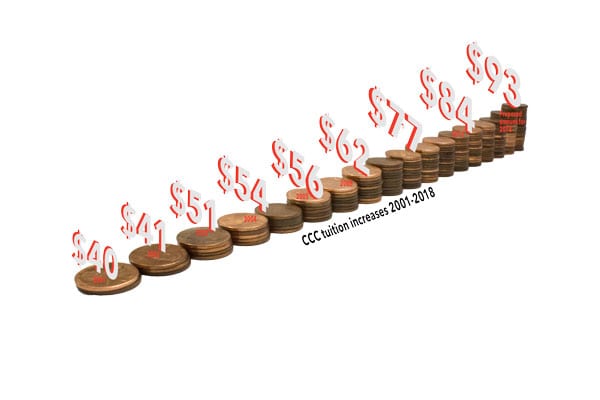 Check underneath your couch cushions because, chances are, you’ll need those extra coins to pay for tuition next year.

Why the increase? According to the agenda packet for the February meeting, the main concern is fiscal sustainability. Since about a third of the college’s general fund is furnished from student tuition, in short, the increase is needed to maintain the budget.

The seven members of the Clackamas Board of Education will make a decision in March.