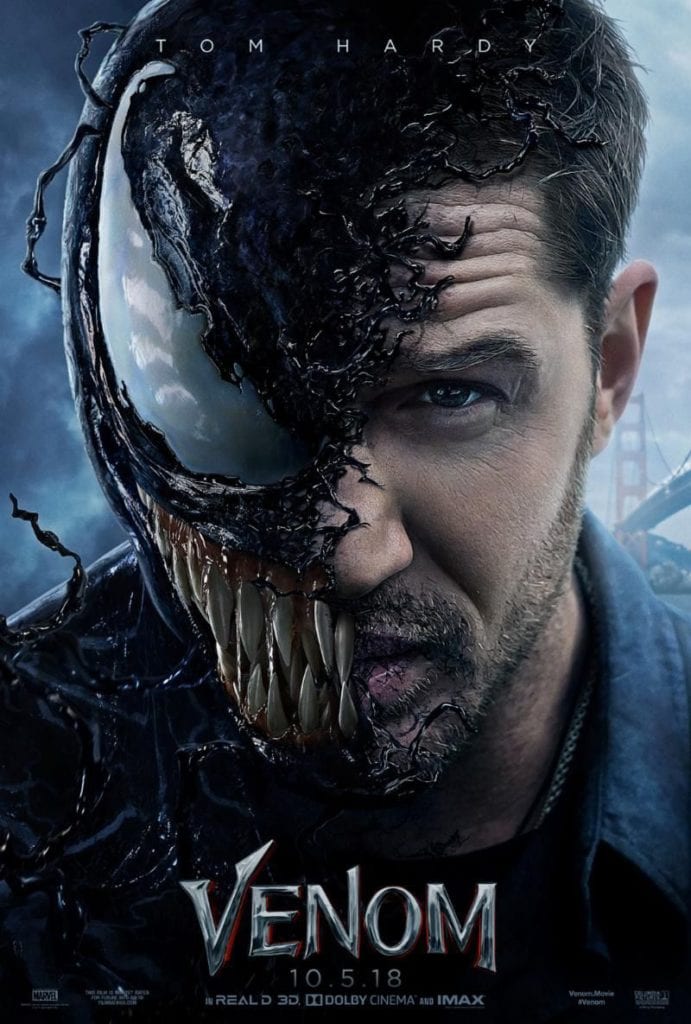 The infamous alter ego of your friendly neighborhood Spider-Man has landed his own film thanks to Sony. With the movie shattering expectations with a $125 million opening weekend grossing, many fans are looking forward to a quality Sony universe or a possible merging with the Marvel Cinematic Universe where Tom Holland’s Spider-Man resides.

As a longtime fan of Venom, I’ve been collecting action figures and comics related to the Lethal Protector since I was eight. I was ecstatic to be able to sit in the dim theater and recline in my chair knowing full and well that I was in for a wild ride with my favorite villain in the driver’s seat. Contrary to the grading of critics, Venom was an action packed film that kept me invested til the credits rolled, though it was not without its handful of errors and pacing mistakes.

Rotten Tomatoes is the primary movie grading website used today, and it provides two grades. One is the consensus of the critics, the other is the consensus of the fans. Venom received a lowly 30 percent from the critics, the score labeling the movie as rotten and unimpressive. The fans however, gave the movie an impressive 89 percent, which deems it as fresh and watchable. This contrast in ratings is among one of the many factors that has allowed Venom to do as well as it has thus far, as the poor grading from the critics practically thrust fans into the movie seats to see if the movie truly was a 30 percent flop.

Another factor that has led to the movie’s success is its lead actor, Tom Hardy. Hardy has been in countless films and is recognized by many as a top-notch performer. Starring in movies such as Mad Max Fury Road, Warrior and The Dark Knight Rises, many fans, including myself, were thrilled to see him cast in the role of Venom. His acting does not disappoint in this movie, though there were several instances where the dialogue could have used some work. His character, Eddie Brock, approaches the situation of bonding with an alien life form in a rather unorthodox fashion, but it was both amusing and intriguing to watch the process of the two growing comfortable with each other throughout the movie.

As for things blowing up and heads being bitten off, it’s safe to say that a good third of this movie is pure action and we are treated to countless scenes of Brock rocking the full-bodied symbiote. The computer generated graphics are equally impressive, and it’s very clear that a good chunk of the $100 million budget was spent making Venom look as gnarly and imposing as possible. Aside from an unusually long car chase scene and a weirdly paced hotel lobby brawl, you can look forward to Venom smacking bad guys left and right for a good portion of the film.

Concerning the movie’s narrative, it’s fairly easy to see where the 30 percent rating comes from. Several odd choices are made for certain characters, both protagonist and antagonist, throughout the movie. The love interested falls a bit flat in several instances and the final fight scene has a few puzzling moments that might cause viewers to want to rewind so they can make proper sense of what just happened. Luckily, none of these gripes were deal breakers for me as I was well aware of what I was getting into upon entering the theater.

Overall I was pleasantly surprised with the quality of Venom, and I was even more relieved that it didn’t completely suck. It was well worth the wait, and I encourage anyone who’s interested in some sci-fi action to hit up the neareast theater. Out of ten I give this movie a comfortable 7/10.