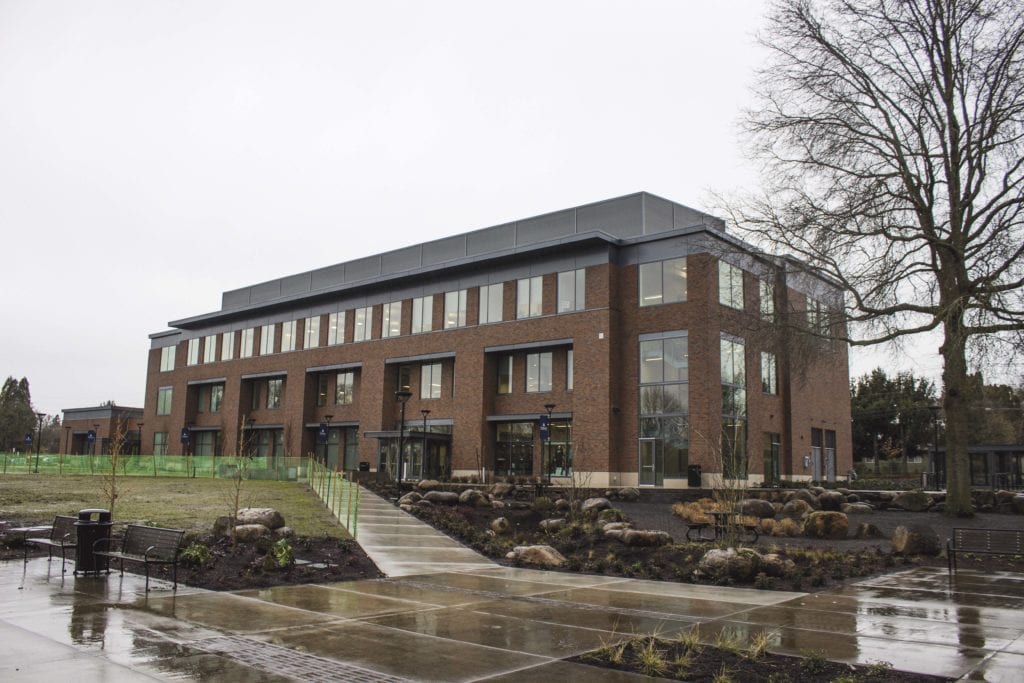 Story and photo by William Farris

The long-awaited expansion to the Harmony campus has finally opened and blown away the expectations of staff and students alike. Everything from new classrooms, labs, and study space.

As many students at Clackamas Community College know, the new Harmony West building has been under construction for a sizable amount of time; construction has finally been finished enough for classes to be held in the facility.

The building itself sports a big, open-air design with high-capacity classrooms, well equipped study areas that even include sound-insulated private study rooms and two brand new labs and equipment.

Though there are still workers coming in to put on finishing touches in the completed areas and more work to be done to finish others, many are still impressed by the look and feel of the new learning environment. One student, Austen Potter, even called it the ‘next level of nice’ after his first week of class in the facility.

The first few weeks do not come without problems however. Many have noticed a lack of clocks and miscellaneous resources in the classrooms. The equipment for the areas still under construction can also get in the way at times.

These, however, are minor complaints to the overwhelming positive responses of staff and students. One staff member, Dr. Scott Kiser, said that he was enjoying teaching in the building and really enjoyed being able to step out of the classroom to such a nice common area.

Student Alanna Dumaran said it was “a real upgrade from the old building,” and she appreciated how modern and comfy the aesthetics and environment are.

The new student store, located in the lobby, also makes it easier and more convenient to get books and supplies for those who do not live close to the Oregon City campus.

Along with the typical accoutrements found in the college student store, the Harmony campus store also includes medical supplies to complement the nursing and health classes found there. Everything from new scrubs and uniforms, to stethoscopes, scissors and more.

Since the beginning of the term the new building has been open and available to be viewed by any interested student.