Money. It’s what makes the world go round, even at our school.

Clackamas Community College was sent spinning with delight when voters approved measure 3-477. This bond in particular would allot money towards modernizing the campuses and offer students better career preparation in growing occupations. The measure won with 52 percent of voters saying yes.

The college will gain more than $90 million for refurbishing and revamping the three Clackamas campuses in Harmony, Wilsonville and Oregon City.

But why did CCC ask for a bond?

“In preparation for its 50th year of service, which is in 2016,” said Lori Hall, a public information officer at Clackamas, in an email, “the CCC Board of Education developed an engagement process called Imagine Clackamas to help it better understand what the community values most about the college. Using feedback from more than 2,000 participants, what we found were areas the college needed to improve and adapt its educational and training programs to better meet the needs of the community.”

The vote was in November of 2014, almost a year ago. So I bet you’re now asking, where are the changes? What is being planned to freshen this place up?

Well, we don’t get the best on the main campus for a while. The first changes will be seen at the Harmony campus. Bob Cochran, the top gun in the bond update, said, “Nothing has been done on this campus, here … We are beginning design at the
Randall Hall locker rooms … We are processing designers for the elevators in the older buildings. Everything is in the design phase right now, there is nothing tangible yet. We are preparing to finish the design for Harmony Phase 2.”

The site at Harmony is split between CCC and Oregon Institute of Technology. The newest building is for students of CCC but the older, outdated building shares classrooms between the two schools.

This 61-year old building is where the first stages of change will be witnessed. This will be completely ready by fall 2017, according to Hall.

The second phase of renewal will be found here on campus where they plan to build a technical center complete with labs and classrooms that have education such as manufacturing, electronics, automotive, skilled trades and welding. In the third phase, they plan on adding extra science rooms to DeJardin Hall as well.

The fourth phase is to replace the Community Center to meet with the growing amount of student needs. The fifth phase is general improvement of the campus so it can work better and more efficiently so that students can have a higher quality education.

Brent Finkbeiner, the president of Associated Student Government, is excited for the bond’s effects on CCC. Ecstatically, he said, “It’s a $90 million project. It’s absolutely going to have a positive impact on us.” Finkbeiner also mentioned a Clackamas intern, Angela Douglass, was working with the INICI Group Inc. whose job it was to hire contractors for construction in the projects. “The anticipated construction date is in June 2016,” said Finkbeiner. “That is when they’ll begin, not when they will finish construction.”

Chris Robuck, the director of fiscal services at CCC, said in an email, “I oversee the business office, which does accounting and financial reporting for the College and Foundation. I provide financial reports to those who manage the bond projects, such as the Dean of Campus Services and the Vice President of College Services.”

Robuck will be managing all the IRS regulations and state statutes that relate to the bond money we receive. Basically, she gets her hands dirty and covers all the government paper work so we can properly use the money from the bond on our school campuses.

All of the changes, Hall mentioned, will ideally be done in five years. As for the present, all of these dreams are in the form of paper work and ink.

For more information about the bond visit clackamas.edu/bondinformation 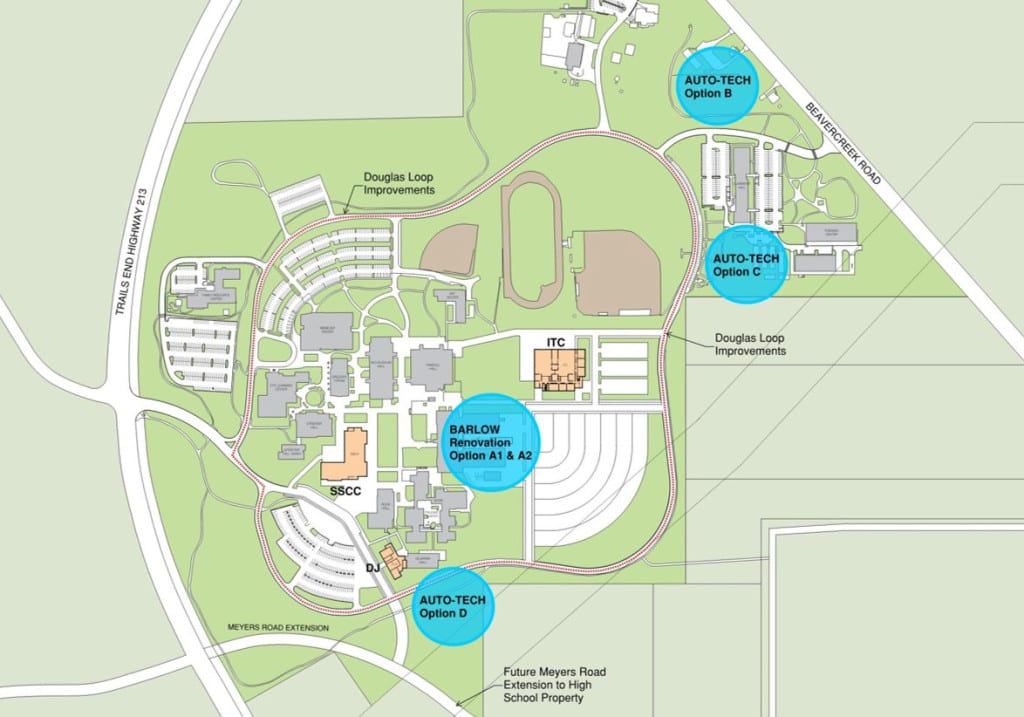 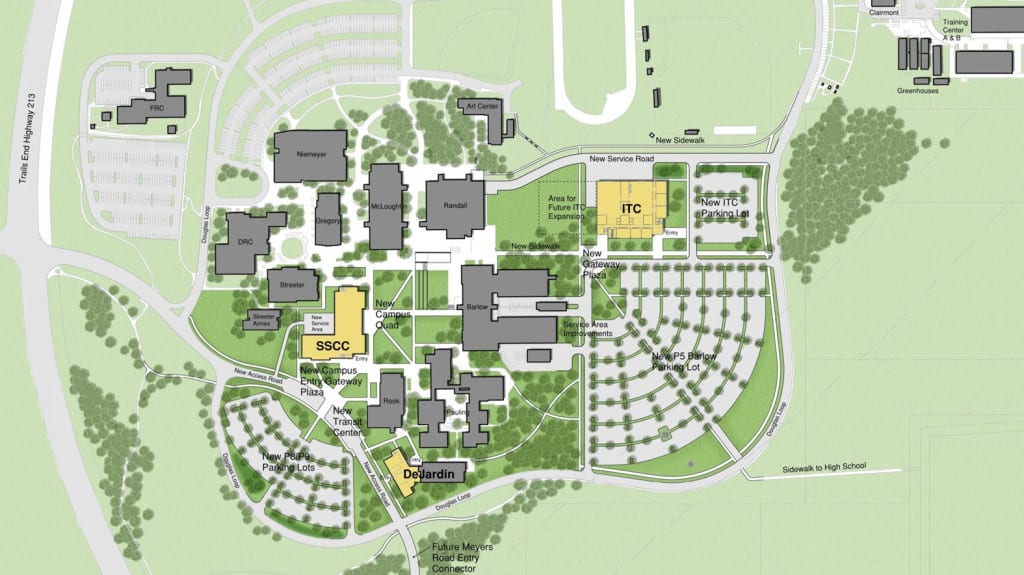