You shall not PASS

In the past year, two teachers at Clackamas Community College have launched Placement Advising for Student Success, or PASS. This program, unique to CCC, is focused on helping to improve placement of students into their early writing and math classes at CCC.
David Mount from the English department and Carrie Kyser of the math department joined together to create PASS and will meet one-on-one with students. For many students, PASS is not an alternative to taking the placement test.
“I can’t say vehemently enough how horrible the placement test is,” said Kyser. “I was taking it earlier today, and the math test begins you with the material that’s in our Math 20 course and you don’t get into the algebra part unless you get through that part, and it’s really hard. Story problems that go on forever. It’s no wonder everyone gets placed into Math 20.”
The tests, while free for students, aren’t free for the school. In fact, starting next year the better you do on the tests, the further you get into the test, the more it costs the school and the longer it will take you to complete. Prices will go up next year.
Kyser and Mount hope to make the college entrance exam process easier.
You can make an appointment with either Kyser or Mount individually or you can see them both at the same time. You can see them before or after you’ve taken the placement test.
“Currently it’s, ‘Park your bag and have a seat.’ Next year it’s going to be more, ‘What’s your background, where should we begin you?’” said Kyser.
Mount said statistics show that the lower students are placed, the more likely they are to drop out.
“We see a lot of people who have taken the test,” added Mount. “In the research on the subject, they use the metaphor of the leaky pipeline.
There’s a pipeline that gets you through the skills classes up through college but what the research finds out is that there are holes in it.”
Students on campus agree that the tests are faulty.
“I got placed in Math 20 even though I was taking Algebra II at my high school,” said student Kennedy Huggett. “I took Math 95 instead and it was really easy. It feels like the way that the test works is that if you get a problem wrong, it gives up on you.”
If you want a second opinion on where you were placed, make an appointment in the testing center with Kyser or Mount, drop by during their office hours or email at pass@clackamas.edu.
The testing center is located in Roger Rook 140. 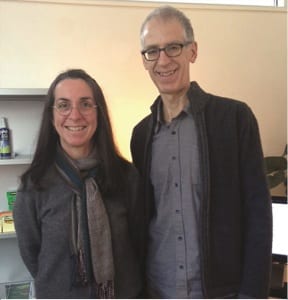