Should transgender people be allowed to enlist? 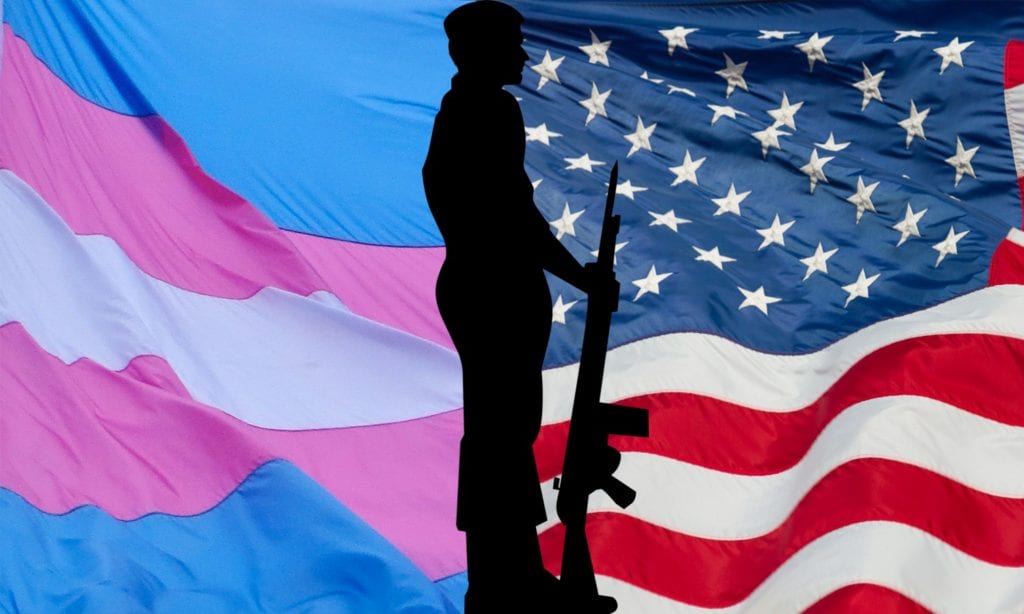 The Angry Tranny is a new column by Autumn Berend that explores ideas and concepts about the transgender community and transgenderism itself, answering questions and critiquing concepts.

As contentious as this is, people on both sides have their unadulterated opinions, void of any nuance. On one side of the aisle we have the notion that transgender people should not be allowed in the military because of a few things. The first being that they take medication like estrogen or testosterone. Therefore they can’t serve or because they “require surgery,” according to to Thomas Spoehr’s article from the Heritage Foundation.Ww The second has to do with gender identity, with some of the harshest critics suggesting that if they can’t tell they’re male or female, they don’t want them to watch their back, as was such an argument I faced personally. Those that support trans individuals enlisting normally think that anyone can enlist if they want to, but also because there are no real medical reasons they can’t serve, as highlighted by the American Medical Association to U.S. Secretary of Defense James Mattis.

Now, I should state, I have attempted to join the military. I went as far as to have my job selected and I swore in to the United States Navy, though I later left close to my flight for basic training on the basis of the immaturity of the staff, demands I check in and appear to mandatory meetings with my recruiter on a weekly basis, as well as wanting to just get to college. I’d still be enlisted to this day, and the option they offered me was online college, which seemed asinine to me at the time, and even now. In fact, I wouldn’t have become the Editor-in-Chief for The Clackamas Print had I gone in. So, I know the basic process, at least on the surface because of first hand experience. So, I’d like to say I know what I’m talking about, and I have spoken to many soldiers, veterans and recruiters about the process.

I have a history of Attention Deficit Hyperactivity Disorder and have taken medications for it. The first thing they cleared up is that I could not join if I had taken it recently, about a year since being off. It had been much longer than a year since I had been off, so I qualified to join the United States Navy. They also highlighted that if a rare occurrence were to happen where shipments of my medications did not get to the ship on time, I should be able to do my job, whatever it is, effectively and be combat ready.

To address banning trans people in the military because they take medication, it needs to be highlighted that no evidence (empirical evidence at least,) exists that suggests without hormone replacement therapy trans people are not effective. It’s not the same effect as ADHD medication or a sleep apnea machine. This is simply hormones, which, while important, don’t affect one’s ability to do their job, let alone be combat ready. If I stopped taking medication and had no surgeries, I’d simply begin producing male hormones. For trans men, they’d do the opposite and produce estrogen.

So, what exactly is the issue? I think it should be stated, to be more nuanced and meet in the middle, anyone, trans or not, taking medication must be examined medically as soldiers already are, to determined if they can serve. If they can, the medication they take can be waived, but if they are determined otherwise, they can’t serve.

I think in terms of medication, this covers both fields. If they’re trans, they will be evaluated if they can serve or not, and assuming they pass, they must be required to sign a paper, since they do take medications, saying they agree to potentially not taking medication. This does not, I repeat, does not mean they can not take medication. Just that they understand there may come a rare time where they can not have it, even for one day, and they are agreeing to those terms.

The second argument to address is that dysphoria is a mental illness, thus should be excluded. Yes, I may be trans, but it’s not an anchor that ties me down and prevents me from making competent choices. I lead a newspaper, write articles freelance, I’ve lead students and set trips up, made hefty choices, covered protests, etc. I am fully capable of working as a thinking human and knowing how to shoot a gun and know who is and isn’t my enemy.

The military is a co-working system that shouldn’t focus on what someone’s gender or sex is, what their skin color or race is or who they’re sexually attracted to. As long as they can do the job, are battle-ready and, assuming they take medication, can function without it and willing to sign a paper saying they will be OK off of it in those circumstances, they should have every right to join.

I reached out to the Veteran Center at CCC and the Navy recruiting center for comment, but neither have responded to my inquiry, or was willing to go on the record with a statement.