Correction: The article has been edited for grammatical mistakes.

The Angry Tranny is a new column by Autumn Berend that explores ideas and concepts about the transgender community and transgenderism itself, answering questions and critiquing concepts. 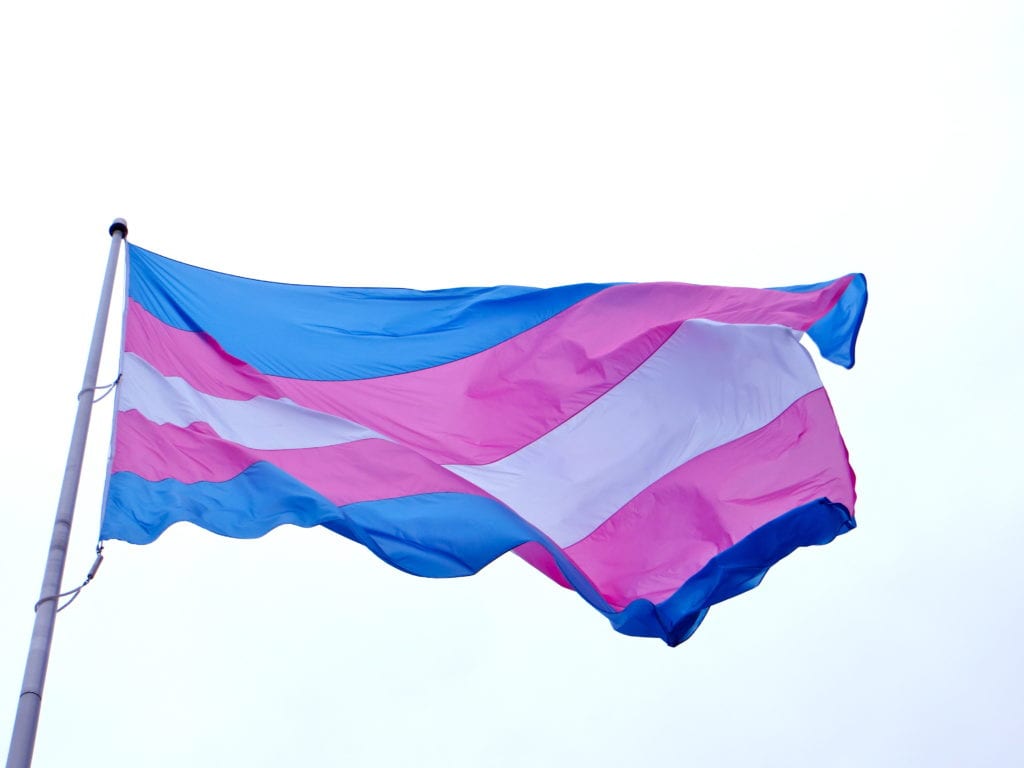 The transgender pride flag, created in 1999 by Monica Helms, a transgender activist and veteran of the United States Navy. The flag was first displayed during the 2000 Pride Parade in Phoenix, Arizona. Photo provided by Flickr.

The term “tranny” has a history of being used in a derogatory way. There’s no question about that. However, should we not use it and keep viewing it as a poisonous term? Should people be punished in any way for using it? The answer is no, and here’s why.

The first argument is that it should be used despite its past.

As stated, the word has been used in a specifically negative way. Because of this, it’s argued you shouldn’t say it because it’s been used to dehumanize or treat trans people like garbage. For every self-identified tranny, like myself, it’s just another word. It’s a term of identity that’s much shorter than “trans person” or “transgender,” and I’m not alone in this.

Blaire White, a transgender conservative YouTube commentator and creator has referred to herself as a “tranny.,” and doesn’t shy from calling others as such, going so far as to title one of her videos “Triggering Trannies,” in which she regards the title as “having such a beautiful flow to it.” This was when she explained that she doesn’t like to use the overused word “triggered” to describe people anymore.

Why should a word that is a simple, honest term not be used? It’s has fewer syllables than “trans person” or “individual.” Should a word not be used just because some bad apples in our society decided to use a word in a derogatory way? No. We should embrace the word as a community.

I know the trans community and myself do not see eye-to-eye on many issues, and that’s fine, as diversity of thought is important. However, I firmly believe that by using a word in a positive way, such as describing one’s self or a person as a “tranny” instead of the use of “trans person” or “trans individual,” it would be easier in the age of people literally saying “lol.”

By using it in a positive way, you remove the previously negative connotation attached to the word and allow it to have more than one meaning.

This is an extreme, but imagine the N-word, (which I firmly believe should not be censored and should be typed out, since we all know what it means and are thinking the word as we read it,) the word has a hugely negative connotation and history and seen as the word you never say. Well, if everyone and their brother used it in a positive way, would it truly be an evil word then? No. This is also why symbols like the Swastika are still seen as this purely evil thing, despite actions to redeem the once peaceful religious symbol stolen by Nazi Germany. People are lambasted because it brings up a negative connotation, but if we use it and see it in the way it was originally intended, it isn’t the symbol only used by the Nazi’s, it’s a symbol of goodness used in the practice of religion.

The second argument is that context should matter, not simply if the word is used.

As addressed, the word can be used in a positive way, so, it’s connotation and definition are amendable. Literally, our entire language is based on a constant evolutionary process of changing definitions. If we never changed definitions and evolved, we’d still be speaking much less comprehensive English. In fact, we’d be speaking very simple languages void of the complexities that make up modern languages around the globe. So, not only will definitions and meanings change with use, but context should also matter. How and why the word is used make a difference. Take any negative word, like the word “fuck.” There is absolutely nothing wrong with that word, in and of itself. As George Carlin once firmly stated, “They’re only words.”  Context is what makes the word good or bad, he stated, and it’s true. Take any negative word and you will not find a valid reason why it’s bad other than because of its past. I promise you. Why the past? Because of the context of how it was used. If you beat a transgender person to death while screaming “tranny,” of course the context of that use is negative, but if I call someone a “fellow tranny,” how is that bad? It’s not.

There’s nothing wrong with it. To be subject to punishment for saying it is to throw context out the window. It also imprisons the word in a perpetual stasis. Don’t shackle words down- judge them by the context of how they’re used and don’t be afraid to use a word because someone might be offended. I’m offended alone that words are restricted despite context.