Yes, freedom of speech is important 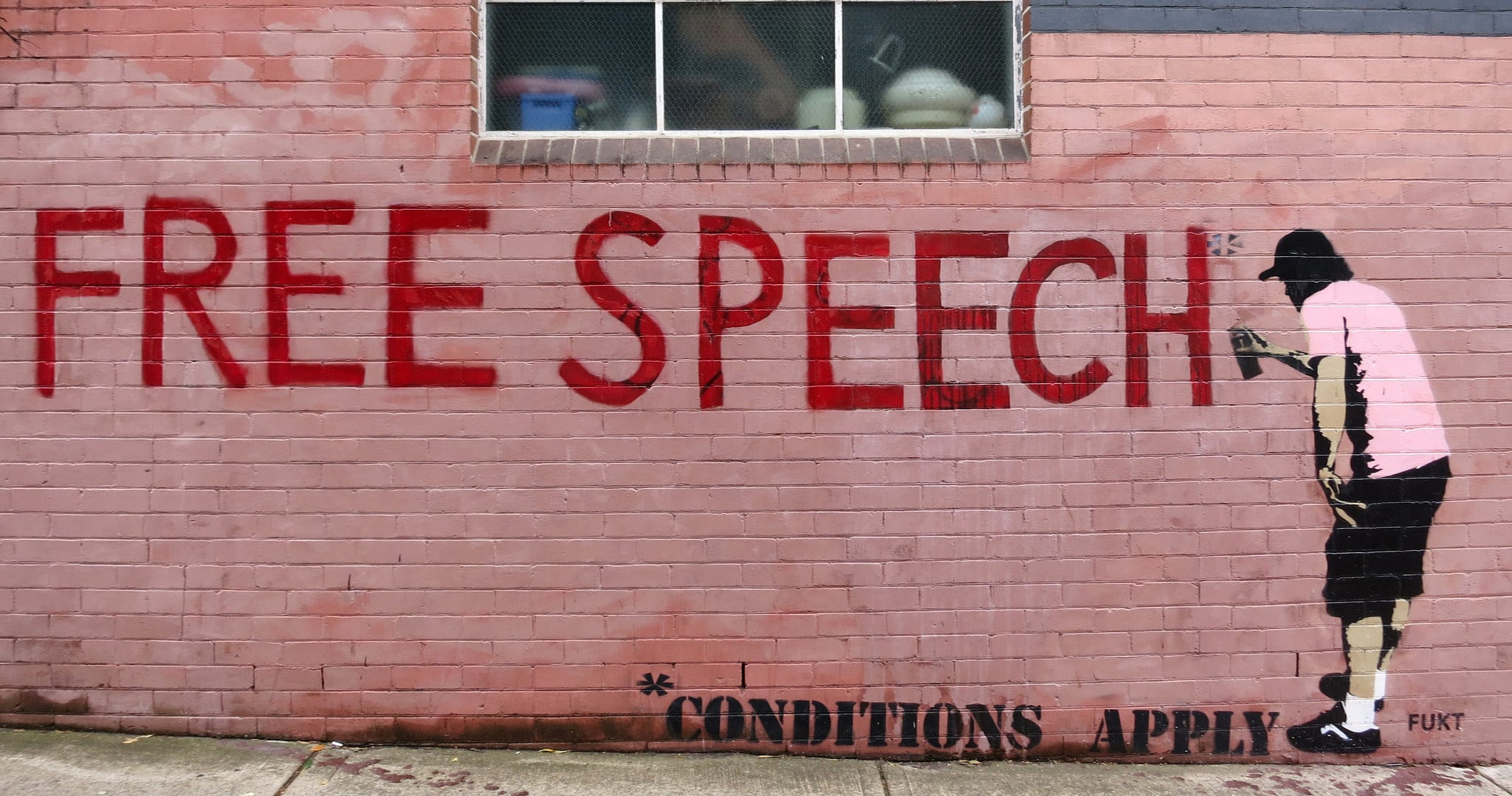 The right to free speech. One of the contentious rights given to us by the Founding Fathers. Though often misattributed to God, our rights actually stem from the Bill of Rights, and any amendments to the constitution based on changing times and what we as a society believe is needed.

Why is Freedom of speech so contentious? Such a divisive topic, much like the second amendment? You can start by thanking the overly praised Justice Oliver Wendell Holmes who falsely, and illogically at that, suggested you can not shout fire in a crowded theater during the Schenck v. United States case in 1919. The ruling that free speech doesn’t protect dangerous speech, like saying you will and should tell your friend to kill jews because they’re jews. The same applies to telling people to punch someone for a different ideology, such as with the Rose City Antifa who have encouraged punching “Nazi’s” because, somehow someone like Richard Spencer, for all his flaws, appears to be advocating the same as gassing millions of people.

Shouting fire in a crowded theater is not technically illegal, nor is it dangerous. Allow me to explain why.

If we have two scenarios, one in which I lite a fire in a theater with 300 people, and the second scenario I do not, both have Bob, a simply person within the crowd, shouting “fire!” within that theater.

The end result in the stupid argument is simply this; People will rush out and harm one another. Why? Because shouting fire when there is not one isn’t harmful, it’s the aftermath that is harmful, the hysteria that causes a potential sanguinary end-result.

Who is truly at fault? Not Bob, and here is why. If there is a fire, the reaction would be the same as the scenario without the fire. The people would rush out, the only difference is one has an actual fire. The ones at fault is not the one saying it., It is the one who chose to act like a primitive animal locked in a cage by harming others rather than leaving in the most calm and rational way. All Bob has done is display humanities inability to coherently leave a bloody theater.

Let’s talk about what that ruling in 1919 was actually about. It wasn’t dangerous speech, despite the Supreme Court of the United States trying to make you think otherwise, and maybe your history teacher. No, that case was about a group of Yiddish-speaking socialists who had fled the barbarous war and had handed out leaflets essentially criticising President Woodrow Wilson’s participation in the first world war, the dragging of the U.S. into such a conflict and advocating draft resistance.

Mind you, this was a writing in a language most Americans could not understand, but nonetheless were using their rights. But because it was war-time, it was OK to have their rights stripped and toss the group in jail. Just like the Japanese-Americans who had their rights stripped away simply because they hail from Japan, with no evidence they had any intention of doing anything against the country. It was simply xenophobic profiling. Nothing more and nothing less.

Lest I forget to tell you that the shouting fire part of that ruling was an opinion, not a fact, of one Justice that was heavily ripped apart, and rightfully so, by free speech advocates and torn asunder by Zechariah Chafee in his essay in response titled “Freedom of Speech in Wartime”.

Not only is this true, but Justice Holmes had changed his mind and doubted his ruling. But that doesn’t stop people ignorantly touting it like it’s some intellectually impressive argument. It’s not. It’s a pathetic and stupid argument.

You may be asking what all this has to do with my introduction. You see, dear reader, as the Winter term comes to an end I feel the need to talk about the very right, more important than a piddling right to own a gun, the right to free speech is imperative to a social and enlightened society.

I strongly support intellectualism, and without free speech, this is impossible. Free speech is to protect the government from trampling on your ability to say something, so long as you’re not inciting a riot intentionally.

The real argument comes down to what counts as dangerous speech. With political tensions as heightened as they are now, it can often be defined one way, and then defined another. Someone who is an anarcho-communist, someone who is an anarchist and a communist, and who belongs to Antifa, may believe that wanting a white ethnostate is dangerous, therefore not protected. However, someone like Spencer may say that he isn’t advocating for the deaths of non-whites and it’s just an idea, so it should be protected speech. He in return might argue that “punch a Nazi” is also dangerous speech that shouldn’t be protected.

While these two forms extremism argue amongst each other with arguably the loudest voices, there are those who believe free speech should apply to the more than the government restricting voices, rather it should be a universal and rational thought accepted for critical thinkers.

That means even a holocaust denier should speak, or someone who supports white nationalism. The best remedy for bad ideas is critical thinking and light. Light shone on the bad idea and in order to do that you have to let it be exposed by allowing people to speak. Then, with rationality being used, once can critically think on the subject. To question it and follow the evidence and then they will make the right choice. Otherwise you’re espousing Orwellian ideas by silencing them in fear they may be bad.

This is worse when at a University or a College campus where it belittles and pacifies students who should think for themselves by people thinking they should silence others for ideas they fear are too “triggering” or “offensive” and even “dangerous” just because they don’t like it. At least by letting Steven Crowder, James Damore and even people like Spencer talk, you can hear their arguments and you can refute them, or you might agree with them. I know by listening to people like Crowder that I have changed my mind on some things, but I’ve also been able to respectfully disagree with him on others.

This is why free speech is important. It allows people to speak their minds and people to think for themselves. Without it, we’re a nation of unenlightened people and become a cesspool for movies like Idiocracy to become real.