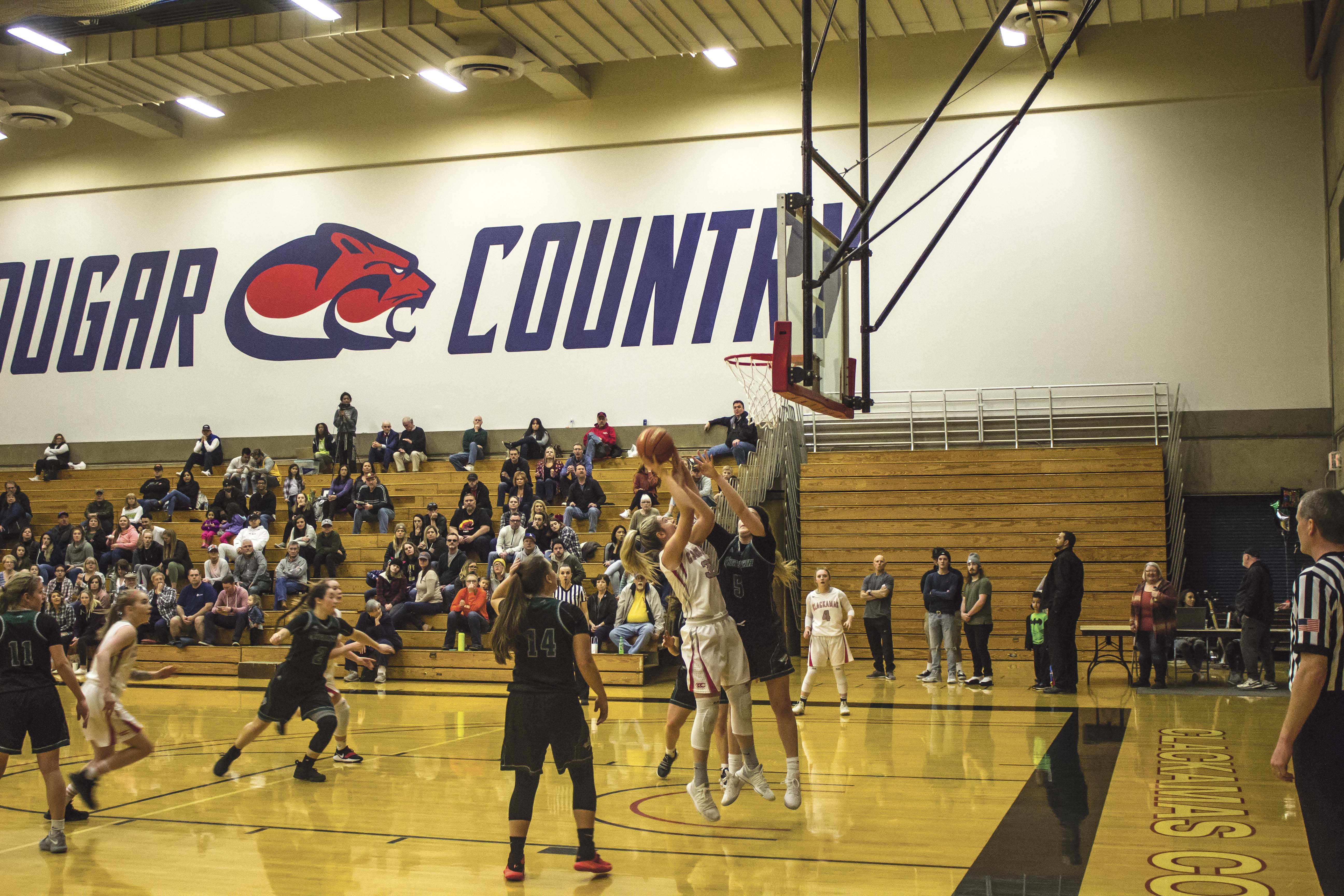 When the 2017-2018 season was about to get under way, Clackamas Community College’s women’s program was looking to break 20 wins, again after finishing 17-12 last season.

Despite a loss on Sophomore Night to Chemeketa, 61-59, the Cougars reached their goal of 20-plus wins finishing the regular season 21-7 and are headed to the NWAC playoffs where they will face host-school Everett Community College in the Sweet 16 on Thursday.

The Cougars struggled offensively in the final regular season game finishing the day 19 for 76 from the field, only getting nine points from the bench.

“It was eye-opening for us,” sophomore guard Nicole Hermosillo-Wright said. “We can’t just come in and expect to roll over any other team.”

On the season the Cougars have averaged 38 percent shooting from the field and have averaged 74.6 points per game, but Saturday was a different story. Clackamas’ third leading scorer, freshman guard Alia Parsons (12.8 ppg), missed the game with the flu according to head coach Jim Martineau. Clackamas only had two players score in double digits, sophomore forward Kayce Mock (21 points) and Hermosillo-Wright (14 points).

“Offensively, we’re not very good right now,” Martineau said. “That concerns me a lot, but we’ve got a good group and they’ll get ready to go.”

Martineau feels like the biggest thing his group needs to focus on in practice leading up to Thursday’s contest is getting back to themselves.

“We were a little tight and tense today,” Martineau said. “We just need to go play loose and we need to defend better, force some turnovers and go score.”

Although the Cougars lost Saturday, Clackamas was one of the best teams in the NWAC this year. Finishing in the top ten in ppg, rebounds per game (47.7), steals per game (11.7), blocks per game (5.8) and points allowed per game (61.8). The Cougars never lost two games in a row through 28, and only were only beaten double digits twice. The Cougars longest winning streak was eight and finished 12-4 in league play.

“All 11 that played for us this year all pulled for each other,” Martineau said. “I enjoyed this group as much as any group I’ve ever had. The five sophomores were great, the freshmen fit in well and everybody knew their role. We competed in every game and had a chance to win every game.”

This playoff appearance will be the 18th in the last 19 seasons for the women’s program and expectations are high.

“Winning it all is always the expectation,” sophomore guard Kennedy Nofziger said. “We need to just keep improving as a team and control what we can control.”