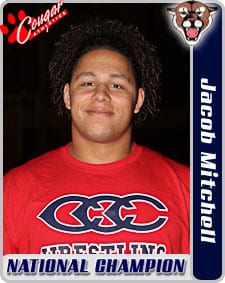 Trials kicked off this past weekend in Iowa and Clackamas Community College had a big part in it.

CCC had three wrestling alumni athletes qualify for the 2016 Olympic Trials. Despite a great effort by all three athletes, none of them advanced to the Olympics.

On top of that, Matt Lindland, who is a U.S. National Team Coach for USA Wrestling, is also a former Cougar.

Lindland won a national championship back in 1992 for CCC and assisted Rhoden from 2012-2014 before he was hired as the Team USA Wrestling he
ad coach for Greco-Roman. 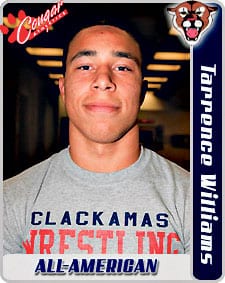 CCC is the only junior college in the country that is represented by three or more athletes in wrestling, which is something that makes CCC wrestling head coach Josh Rhoden very proud.

“This is huge for us because we are literally the most well represented junior college in the Olympic Trials for wrestling in the country,” said Rhoden. “I am very proud of these three guys and the way that they have represented this college well beyond their time here.” 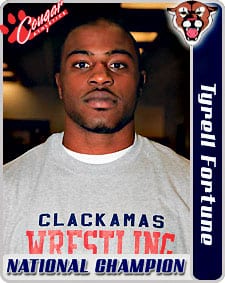 Rhoden also emphasized how big it is for the CCC wrestling overall.

“This helps us with things like recruiting and retention of our kids,” Rhoden said. “Guys like Tarrence, Tyrell and Jacob have laid the foundation for guys to compete and earn a degree here and still continue to chase the Olympic dream.”

When asked about people that have helped him get there, Fortune gave a lot of credit to CCC and Rhoden.

“Rhoden helped me understand the importance of being in shape and making sacrifices for what I want,” Fortune said. “When I was there, he was always pushing me to be the best all-around athlete I could be.”

Fortune happened to qualify for both freestyle and Greco-Roman, something that Rhoden was also proud of.

“It’s pretty amazing that Tyrell qualified in both freestyle and Greco-Roman,” Rhoden said. “There is literally nobody else who did that this year or in the last 20 years or so for that matter.”

When asked about expectations for the trials, Mitchell said that he simply wanted to win and that he wanted to make it to the Olympics.

Mitchell, like Fortune, gave a lot of credit to Rhoden, but also gave credit to Roy Pittman, his wrestling coach from Peninsula Wrestling Club in Portland. Mitchel said that Pittman has been a huge inspiration to him and helped bring him to where he is now.

“It’s pretty special not to have one, but multiple former athletes trying to make the Olympic team,” Rhoden said.