A football lover’s guide to Thanksgiving 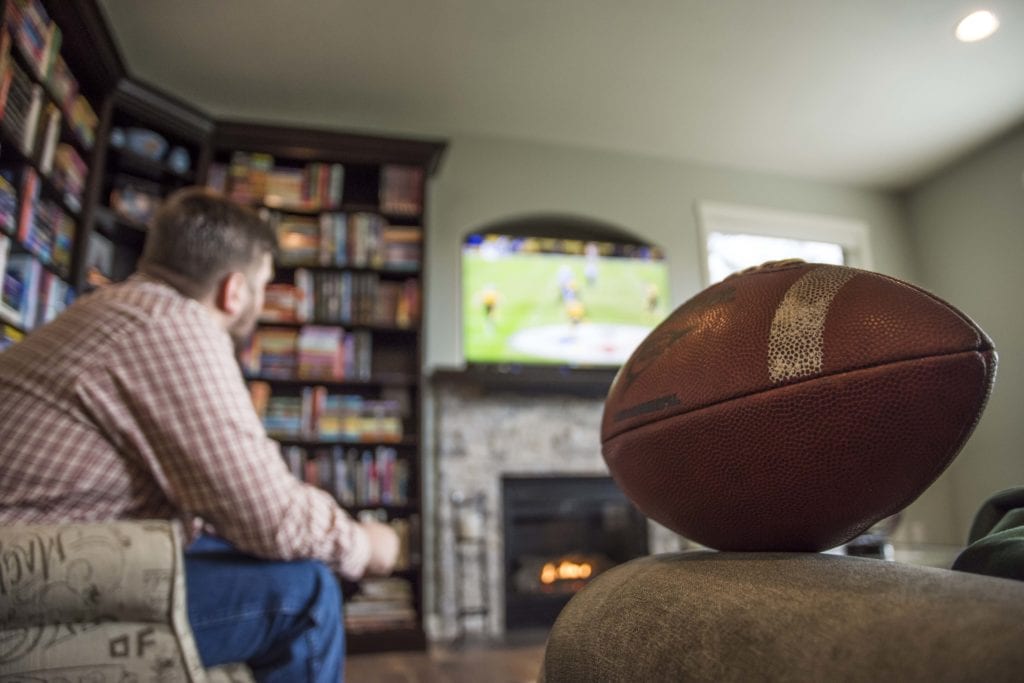 For many, Thanksgiving is a time for gathering family, appreciating what we’re thankful for in life and gorging ourselves with foods we cherish once a year, but for some it means the bliss of watching football without nagging weekend chores or work.

This is the football lover’s guide to Thanksgiving.

Many Thanksgiving plans revolve around food. Preparations cannot be avoided, but they can be adjusted. Foods like cranberry sauce, gravy and green beans can usually be last-second preparations, while foods like turkey, ham and pies will spend most of their time in the oven. Which leaves side dishes to take up the rest of the preparation time.

To knock these pesky tasks out while enjoying the 9:30 a.m. game, I suggest setting up a TV tray or small table in front of your favorite La-Z-Boy to start these dishes. Things like peeling potatoes and shucking corn stalks can easily be done from the comfort of the sitting position. Any casseroles or stuffings that require chopped vegetables can also be conquered while watching a game. If food prep is not a worry for you, then you’re already off to a good start to watching your game.

The second most common distraction from Thanksgiving Day football is family. If the whole family is deciding what to watch prior to the feast, odds are you will be missing out on much needed football. Finding an empty family room or “man cave” might be the easiest way to avoid watching the Macy’s Thanksgiving Day Parade, but might not be an option for everyone. The next best thing is locking yourself in your room to watch in peace. For those of us who do not have the luxury of cable in their room, we have limited choices. The first is to sign up for a free trial of NFL Game Pass on NFL.com. The second is listening to play-by-play announcers on the radio.

The first game on Thanksgiving Day will be an NFC North battle between the Minnesota Vikings (8-2) and the Detroit Lions (6-4). Kickoff is scheduled for 9:30 a.m. PST. With Teddy Bridgewater back healthy at quarterback, the Vikings have a difficult decision to make at QB. With current starter Case Keenum looking like the perfect fit in the big play, offense head coach Mike Zimmer says it would be difficult to pull him from his role.

In the afternoon slate, the Dallas Cowboys (5-5), America’s team, are hosting the Los Angeles Chargers (4-6). With what on paper has the making of a blow out in the 1:30 p.m. slot, eyes move to the prime-time game. Even though the New York Giants (2-8) look to be the worst team in the NFL, anything can happen against division rival Washington Redskins (4-6). New York’s offense has been struck down by injury, especially at wide receiver, but with cornerback Josh Norman lining up on the other side, sparks are bound to fly, bringing excitement to a lackluster game.

Although football is always an important part of Thanksgiving, spending time with your loved ones is irreplaceable. No matter how you celebrate, happy Thanksgiving to all.