Archer Joe Britt said meeting his bow was like meeting a hot girl. Britt was always interested in archery. As a kid he used to get branches and twigs from the neighbor’s shrub to make his own bow and arrows.

Today, Britt practices his sport at Broken Arrow Archery in Milwaukie, where even people who’ve never handled a bow can try it.

Broken Arrow is a place for archers of all skill level and ages. There’s an indoor range where you can shoot up to 20 yards. There are targets on wheels, so you can place the target as close or far away as you want. You can purchase a bow there if you need one. There are many different options when it comes to archery.

The most common types of bows are the recurve and compound.

When you draw back a recurve bow, it becomes more difficult to hold at a full draw back, because it directly stores energy.

Compound bows are easier, because they do not directly store energy. When you draw back a compound bow, cables and cams let off most of the energy when you pull back; this makes it easier to hold for longer periods of time.

At age 30, Britt purchased his first bow at a yard sale. He prefers compound bows, because to him shooting with a recurve is like, “dancing
with a blind woman.”

Some people take to their bow and arrow as a release. When Shanna Schlitz had her kids, she said she really needed something for
herself.

“Archery for me is like a combination of sport and meditation,” said Schlitz.

Schlitz started shooting three years ago with a recurve and with lots of practice was able to win U.S National Indoor Championships in 2015. Some people do archery for competitions, others for the art and some to hunt deer, elk and other animals.

Archery has been used to hunt animals since the stone age, and although hunting with guns has become popular, people are tending to go back to the art of hunting with a bow and arrow.

“I used to be a rifle hunter, but the tags started getting harder and harder to get,” said Mark Lucas.

Lucas picked up a bow when his nephew told him a story of how he got his six point buck about 20 yards away with a bow. After Lucas heard this he said he need to experience hunting with a bow.

If hunting doesn’t sound too appealing, an alternative is simulating hunting without having to kill an animal.

One way of doing this is the dart simulator at Broken Arrow. You use your own bow and arrows and screw in dart tips. This simulator is like an interactive video game with virtual hunting scenarios.

Another way to simulate hunting is a 3D target range. The closest 3D range is Pickle Creek, which is about 15 miles south of CCC off of Beavercreek Road. There are a variety of Styrofoam animals placed in a path out in the woods, and although the animals don’t move like they do at Broken Arrow, a 3D range gets you out into the woods pretending to hunt.

Just don’t forget to silence your footsteps, quiet your breath, aim and shoot. 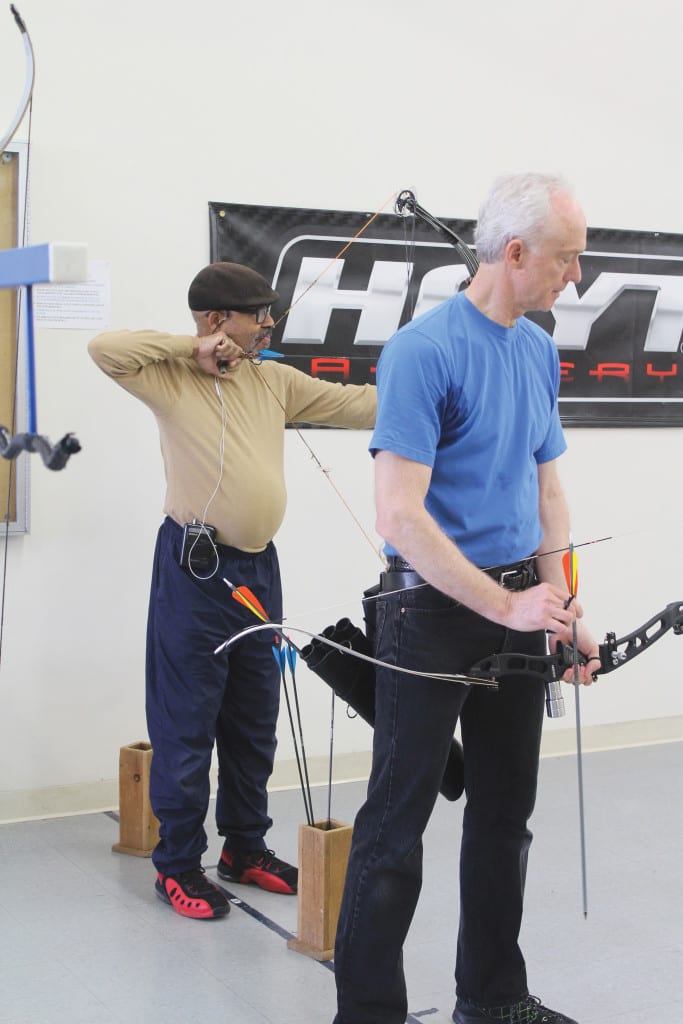 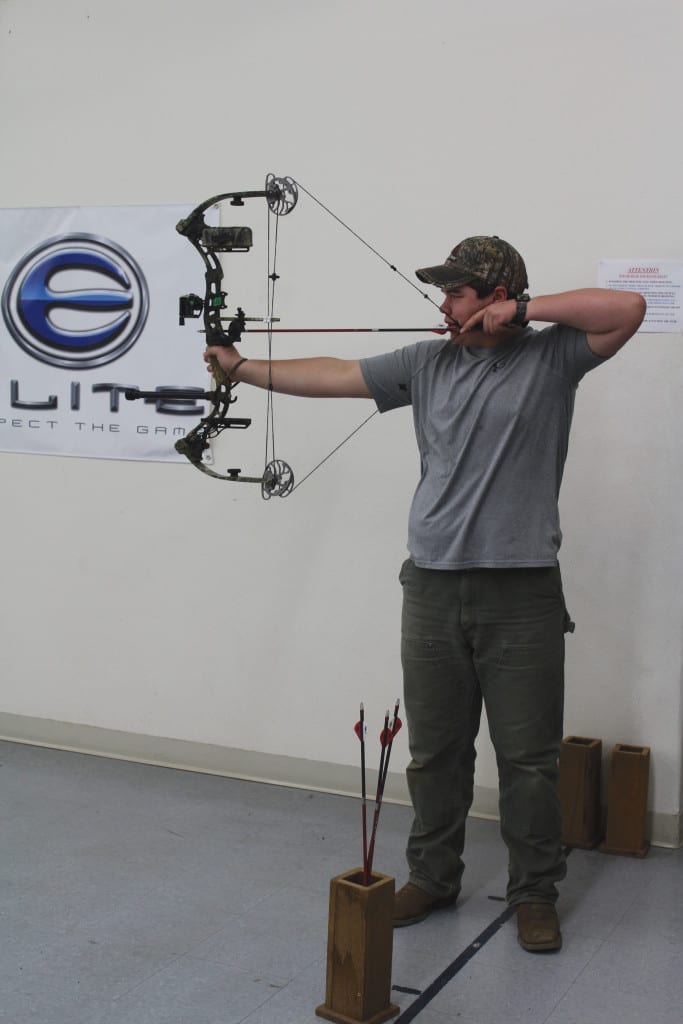 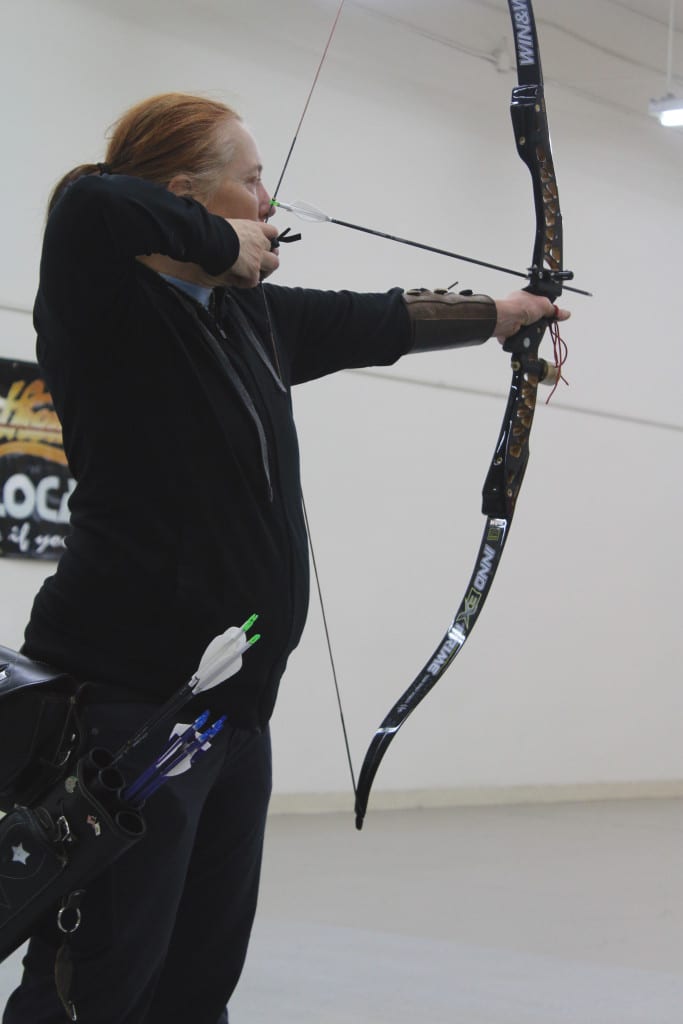 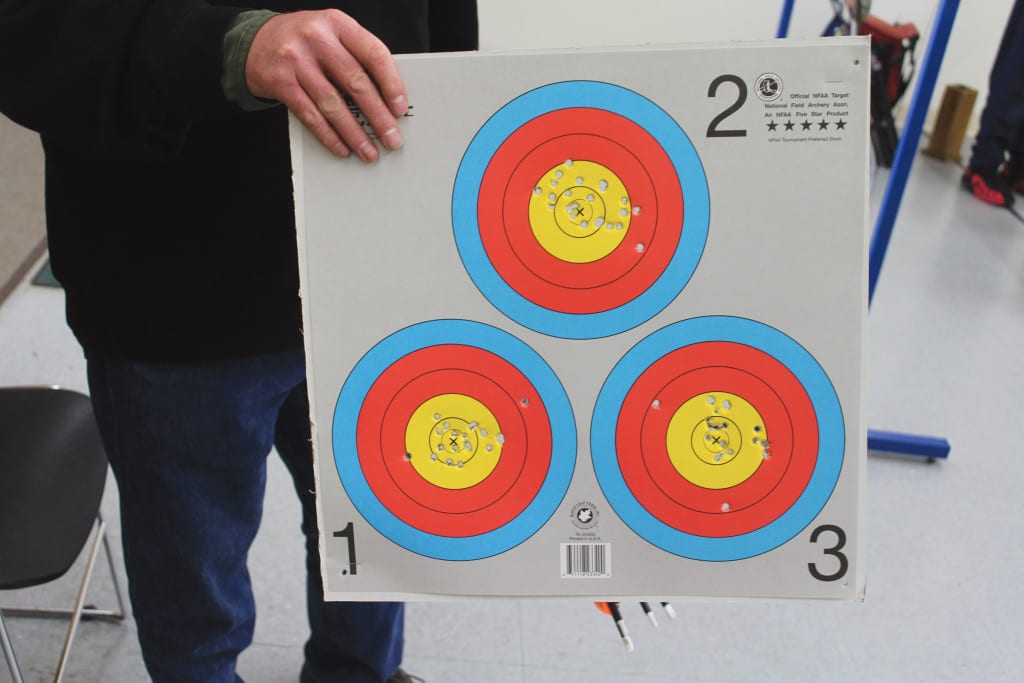 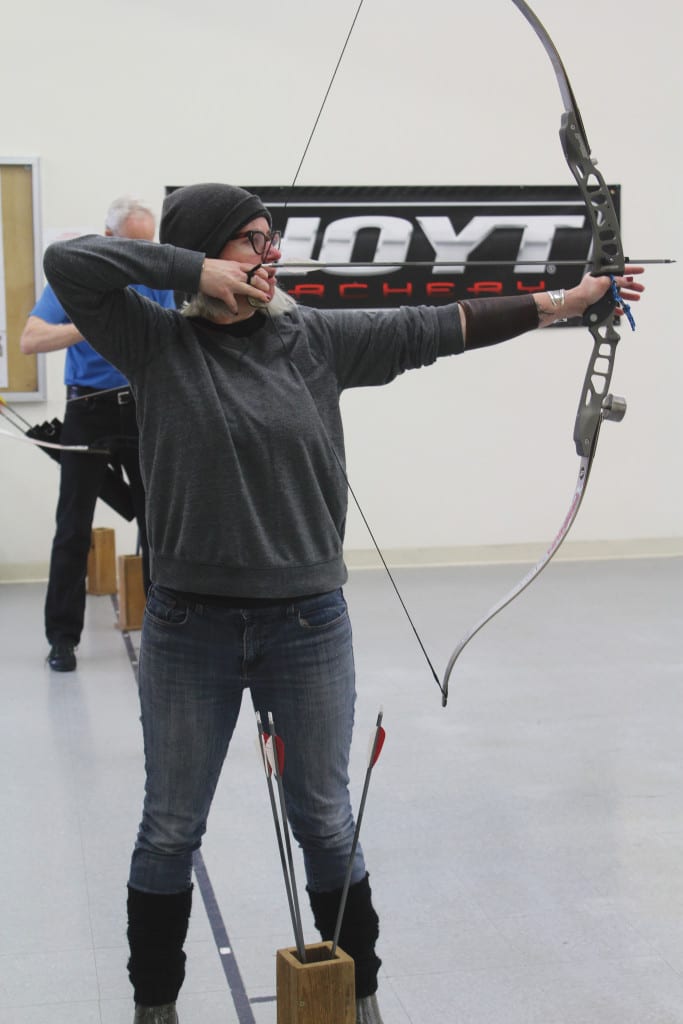