Athlete of the month: Sierra VeraCruz

With October officially in the books, it’s time to honor the Clackamas Community College athlete of the month.

This month’s recipient is sophomore Sierra VeraCruz. VeraCruz is the libero and captain of the volleyball team. She has been described by teammates as a leader, hard worker and amazing passer. VeraCruz leads the NWAC in digs, and has helped lead the Cougars to an undefeated league record and region championship.

I got a chance to talk with VeraCruz on Sophomore Night after the region-clinching victory over Mt. Hood Community College.

BT: What has been the key to your success as a team?

SVC: The key to our success has been always giving 100 percent every practice. We started conditioning way early this summer and I think that’s been a big role. Coming into practice everyday fully prepared to give 100 percent is feeding into our 9-0 record for sure.

BT: As an individual?

SVC: I was always taught to give 100 percent of what’s required of you and then always do extra. For me, I like to spend extra time doing reps or getting in the gym extra and doing whatever I can to try to set myself apart and be a leader for my teammates.

BT: What are your goals for the off-season?

SVC: Right now, as a sophomore, my goals are to get recruited. Obviously, I’d like to continue playing on and transferring. Also, finishing out strong with my team. We still have a spring league to continue with and we’d like to dominate that, and have a good standing point for the team next year.

BT: How would you describe your sophomore season?

SVC: Oh, it’s been really good (laughs). It’s been great. Coming in last year we were all freshman so it was completely new to all of us. Then this year [we have] all these returners and our freshman all stepping it up, and now we have an undefeated league record. Last year we were struggling, fighting for top three. So it’s been pretty incredible, it’s a really good way to end my career here. It’s awesome.

BT: What will you remember most about your career here?

SVC: That’s a tough one. Honestly my sophomore year is going to stand out completely to me. I think winning a region championship. I mean, our goal is always to win NWACs, so I’m excited to see where our team takes that. Honestly, this whole program has done a lot for me as a person and an athlete. It’s really helped us grow over the last two years. It’s a really, really good program.

BT: Is there any moment this season that stood out to you?

SVC: We went undefeated at our Crossover tournament, which was really cool. We played five games, went 5-0, ended up winning a trophy there. And then I would say, honestly, our league [play] overall right now – going 9-0 – it’s pretty impressive. I think our Chemeketa games really stood out to me, those were some tough fights. Overall it’s just the region/league play, completely. 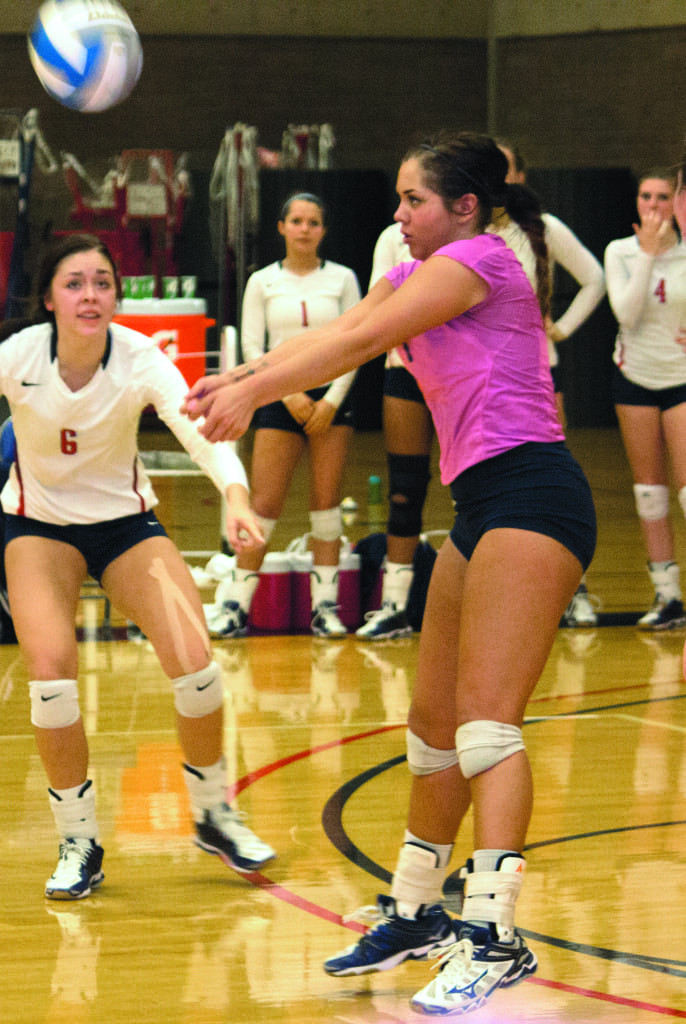 Posted in Athlete of the Month, Sports