Athletes from all corners of the country commit to CCC

To most students who spend a lot of time in Oregon City, it seems unfathomable for someone to move hundreds — or even thousands — of miles to attend school here at Clackamas Community College. However, of the current winter sports teams, more than half of the players are from out of state.

It’s not just from the West Coast either; athletes from as far as the East Coast have traveled here to compete. So how do these athletes even hear about CCC?

“At first, looking it up when I was back at home, I was like ‘where is CCC at?’, like, ‘what is that?’, you know, ‘what’s going on there?’” said Ezekiel Martin, sophomore wing from Milwaukee, Wis. “After I started putting a little more detail and research in, like, ‘Oh this is a really good school.’”

“One of my coaches told me to call Clackamas, and the coach called me back,” said Keita. “So I came out here on a visit.”

Once CCC was on their radar, the campus and the atmosphere drew them in.

Keita shared a similar sentiment: “I was here for four days, I enjoyed it. The coaches made me feel welcome, I was really impressed. I liked the campus, it was really beautiful out here. After that, it took me like two or three weeks to make my decision, and I decided to come here over the other schools talking to me.”

What makes the decision to come all the way to CCC more surprising is the fact that it was not on scholarship. According to Jim Martineau, interim athletic director and women’s basketball head coach, NWAC rules stipulate schools can only offer money to athletes from Oregon, Washington, California, Alaska, British Columbia, Hawaii, Idaho, Montana, Nevada, and Utah.

But for these athletes, it was worth the cost. Living far from home provided them with the opportunity to be on their own and experience a new scene.

“It’s faster over there [back home], like, the speed of life,” said Danaisha Darbouze, freshman guard from Englewood, N.J.. “It’s more laid back over here.”

“It’s really nice out here, I really like it,” said Keita. “It’s relaxing. Especially living on my own now, I get to experience it.”

Making the move to CCC, as well as being far from home, took time getting used to. For some it was easy, and for others not so much.

“I don’t get homesick,” said Reyes. “I talk to my family every night, so that kind of helps me.”

Unlike Reyes, Keita and Martin struggled with the move initially.

“At first it was really hard for me,” said Keita. “I live like 3000 miles away from home. But my teammates and everyone else made me feel welcome. So I just felt like I was home.”

“Yeah, sometimes [I get homesick],” said Martin. “Especially holidays, that’s when I really just call [home] and I’m kind of down in the dumps. I had to get in that routine, but it was alright. I adapted and I got through it.”

“I feel like I made a good decision coming here. Definitely,” said Martin.

Keita agreed with his teammate.

“I feel like moving out here has helped me find who I am as a person,” said Keita. “So I’m just going to keep enjoying this experience, keep hooping and keep going to school.” 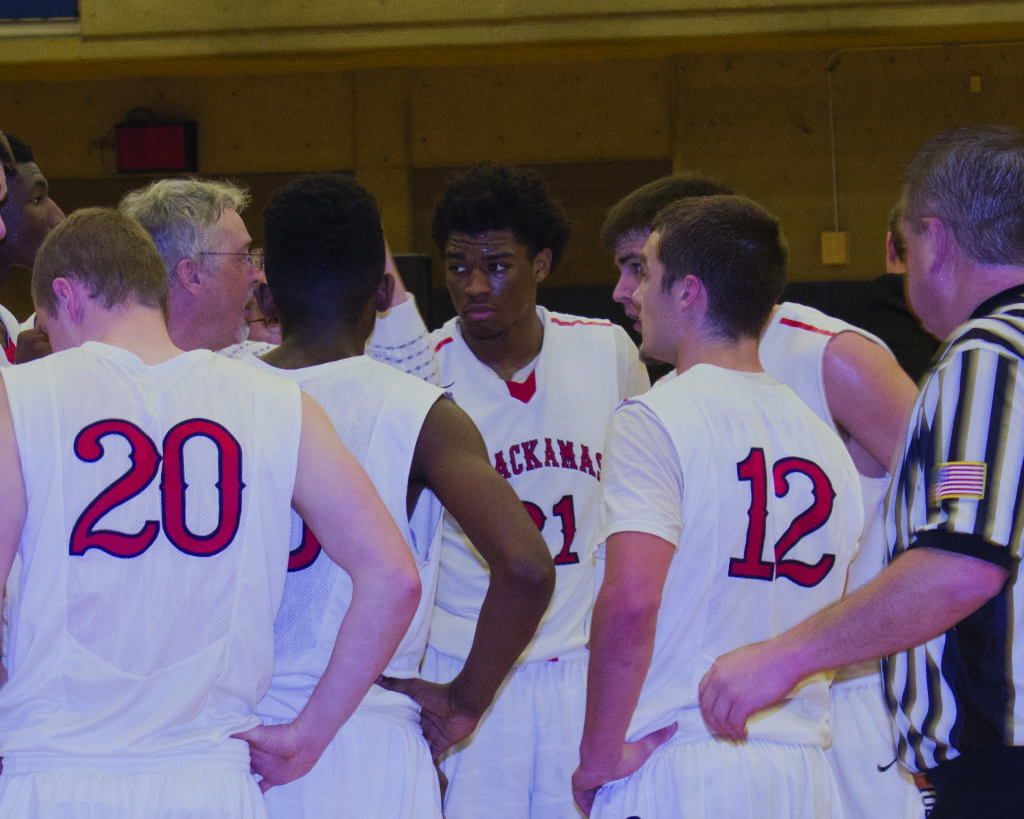