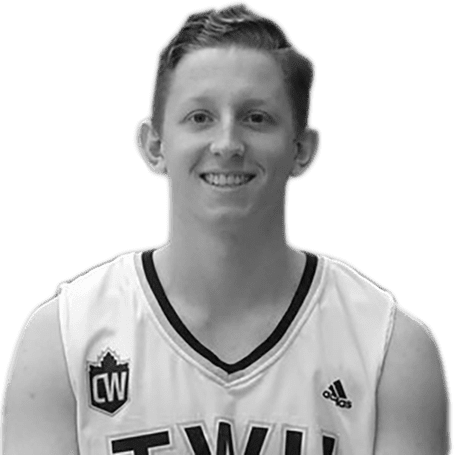 The Clackamas Print: How long have you been playing basketball?

Adam Gehrig: I have been playing basketball ever since about 10 years old and just started playing for fun and it wasn’t until I got in high school that I really started to take it seriously and see myself trying to play in college overseas.

TCP: Who have been your inspirations throughout your basketball career?

Gehrig: My inspirations have been Kobe Bryant, Larry Bird, and Kevin Durant. I love all these guys’ playing styles and I try to take parts of their game and add it to mine.

TCP: What accomplishments did you achieve playing at Clackamas?

Gehrig: At Clackamas I made the NWAC tournament both years I was there. As a freshman, I was on the first team all rookie and earned the President’s Roll every term. Second year I was captain of the team and was named an All Star of the Southern Region and played in the NWAC All Star game.

TCP: Is there anything you learned in community college basketball that you think will help you in your upcoming seasons?

Gehrig: I learned a lot playing for Clackamas and especially learned that the play style was more uptempo and physical. All the coaches there taught me a lot about myself and my game and showed me where I can go from here and I’m very thankful for them.

TCP: How has it been living in three different countries? What are some positives and negatives?

Gehrig: It has been a little difficult constantly moving and flying around but I would definitely do it all over again. I have not regretted a single thing about my journey with basketball and college and it’s been the best experience of my life. I have met so many people from so many different places and made friendships that will last a lifetime. The only negative was not seeing all the family that I was used to living with and growing up with but I was lucky enough to be able to live with my uncle and some of my family in Portland.

TCP: What accomplishments are you hoping to achieve this season and next season at Trinity Western?

Gehrig: At Trinity Western I’m hoping to achieve a lot. It has been a struggling program but with a new coach and a completely new team we are looking to make the playoffs this year for the first time in many seasons and a personal goal for me is to do my job and be a good leader for my teammates and do whatever it takes to win.

TCP: How has the transition from community college basketball to a four-year university been?

Gehrig: The transition has been good overall. I knew that this would be a much tougher league to play in as it is the highest level of basketball at the university level in Canada and I prepared physically and mentally for that. The rules are the same as I grew up playing in Australia so that wasn’t a challenge for me to get used to them again.

TCP: How are your teammates? Is there good team chemistry?

Gehrig: The team chemistry here is off the charts! We train hard and go at each other everyday on the court and afterwards it’s nothing but smiles and laughter in the locker room. All the guys here are great and we all get along like brothers and that’s what makes this team so exciting this year.

TCP: What do you love most about playing basketball?

Gehrig: The thing I love most about basketball is the competitiveness of it. No matter who is playing anything can happen, the worst team can beat the best team on any given night and that’s exciting to me. I love the challenge of coming out and putting your all on the floor and playing as a team.

TCP: What advice do you have for anybody trying to play abroad?

Gehrig: Reach out and connect with as many people as possible within [your sport’s] world. It certainly helped me having coaches know other coaches. The biggest thing is to take that risk, take that chance of going overseas and playing abroad. I’ve always said that I don’t want to look back at my life and say I wish I had done that, so I just went for it and had faith that it would all work out. So far I’ve been living the dream and wouldn’t trade anything for it.