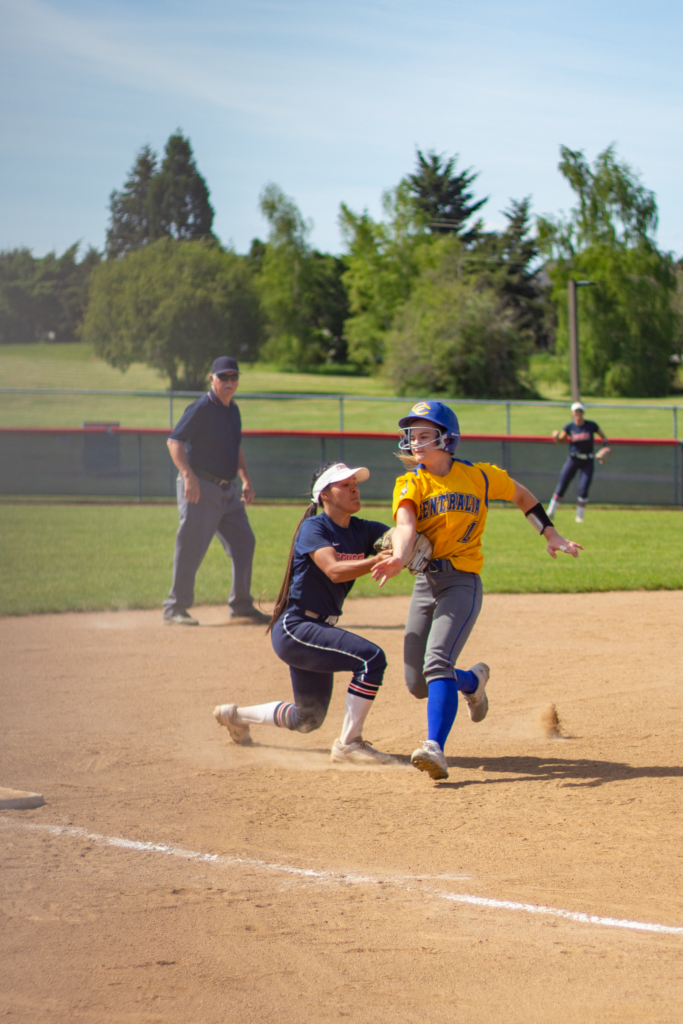 Sophomore catcher Natalie Munson knocked her sixteenth homer of the season out of the park on May 1. Munson set the single season homerun record for Clackamas Community College last season with 18 and with three games left to play, she may be able to break her own record in her second season with the Cougs. The sixteenth homer came in the first inning of game one of a doubleheader versus Lower Columbia College. With the Cougars trailing 2-0, early Munson ripped a three-run shot over the blue fencing of the Cougars’ home field and gave the Cougars a 3-2 lead and Clackamas eventually won 10-9. In addition to her ability to put the ball over the fence, Munson is second in the Northwest Athletic Conference in hits with 70 and third in league for runs batted in with 75. The Cougars were playing Centralia College in a double header at the time this story went to print, dropping game one 7-14. Munson did not homer. Clackamas will wrap up the regular season at Chemeketa on May 10. First pitch is at 3 p.m.

Make Them Respect You CEO Devon Banks participated in Clackamas Community College’s Spring Community Expo on May 7. Banks and teammate Mathias Nchekwube manned a booth at the expo that showed off Banks’ newest editions to his clothing line. The new products included new takes on “MTRY” shirts along with tank tops, sweatpants and even swaggerific fanny packs. “We’re coming out with all types of things. We’re going to have some tank tops and maybe even a two piece for the girls with a crop top and some shorts and for the boys we got some new shirts with some sweat shorts,” Banks said. Banks said his design process is highly influenced by his mother who passed away in 2017. “I try to put as much of my mom and my story into the designs. I don’t really like to think of it as a clothing line, I like to think of it as more of a movement,” Banks said. If you are interested in purchasing Make Them Respect You gear you can visit MakeThemRespectYou.Shop

Baseball gets knocked out of playoffs

After dropping four games to Mt. Hood Community College last weekend, Clackamas Community College’s baseball team finally met the inevitable end to their playoff hopes. The Cougars struggled early this season and never regained their footing, but once found a five-game winning streak in the midst of league play with a four-game sweep of Southwestern Oregon Community College and a win in game one of a four-game series versus Clark. It looked like the Cougars may be contenders in the playoff race as they jumped from dead last to fifth place in the league standings, but after losing the next three versus Clark and then being swept by Mt. Hood, they have been eliminated from the race to the playoffs. The Cougars will host Linn-Benton Community College on Friday for a double-header that will be the start of a four game series to wrap up the season. The sophomores will be honored before the start of game one which is set to start at 2 p.m.