The Cougars had a decent outing at the 2015 NWAC tournament in Kennewick, Wash. They finished in eighth place with a 2-2 record. Although this was the second straight year they were eliminated from championship contention with a loss in the first round, they put together a solid tournament. After the first round loss on Saturday they won two straight games before dropping the seventh place game to Treasure Valley Community College. The 90-64 loss was an emotional defeat for head coach Clif Wegner and his sophomores. They suffered an 81-76 loss to the same Treasure Valley team in the pre-season. Despite the disappointing finish, the Cougars still finished as Southern Region champs for the second year in a row. 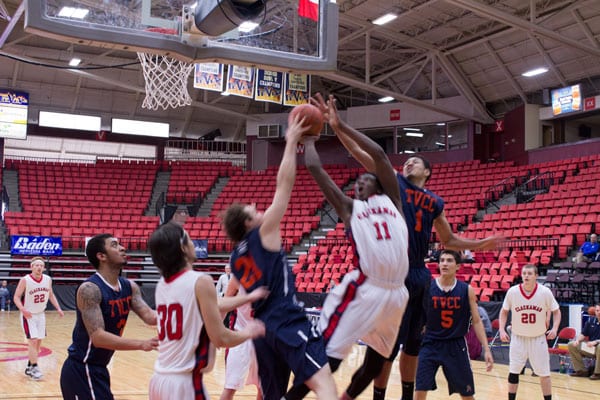 Moe Keita, 11, attempts a contested shot during the NWAC tournament.