Clackamas Community College students share their passion for the mountain 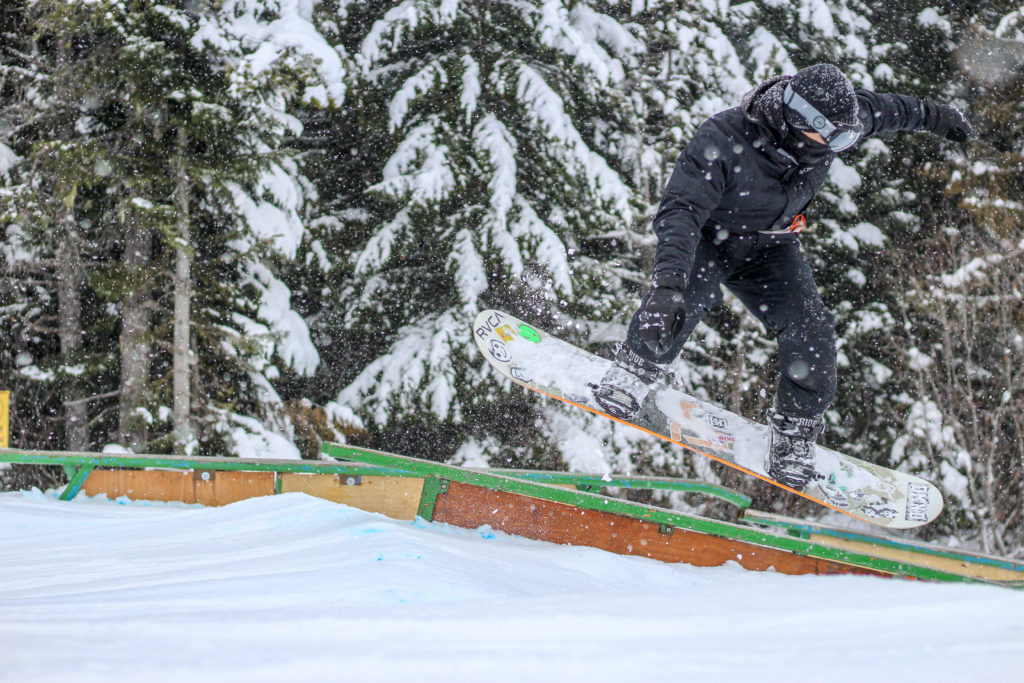 As the snow piles onto Mt. Hood in excess, skiers, snowboarders and even a rowdy handful of sledders pack up their snow gear and make their way to the land where the slopes rise.

Despite being lowest in elevation of the trio, Skibowl is one of the oldest ski resorts in the country, having been established in 1928. Dozens of renovations and ski lift innovations have been made in that 91-year span, allowing it to operate with ease in 2019. Skibowl also boasts the largest night skiing area in America with a 3 p.m. to 11 p.m. lift run time and 34 well-lit runs spanning throughout the entirety of the park’s 960 acres. The park provides 69 runs total and awaits approximately 25 feet of snowfall every year.

Mt. Hood is one of Oregon’s largest tourist attractions, though it’s also suitable for locals being only an hour outside of Portland.

Trevor Thompson, a student at Clackamas Community College, relishes the moments he can escape to the clouds.

“The essence of skiing is getting out and being rowdy out on the mountain,” Thompson said. “Having a few beers and getting loose with your friends.”

CCC student Kenny Jess attributes his love for fresh snow to the feeling of being free.

“The nature of snowboarding is feeling like you’re flying in one of the most naturally beautiful places in the world,” Jess said. “If you’re riding park I’d say it’s more about riding and progressing with awesome people.”

Jess’s park of choice is Conways Park up at timberline due to the ever changing lay out of the parks rails and jumps.

“The park crew is always being creative and putting rails together creatively and making it a fun place to ride,” said Jess.

Skibowl is also well known for terrain suited for all ages and skill levels, and the park hosts rail jams where riders can showcase their tricks on rails. Conor and Colton Caroll are Skibowl employees responsible for maintaining, customizing and riding the terrain parks. The brothers are also sponsored snowboarders with a large following on social media and hundreds of videos exhibiting their proficiency and outlandish style, not just in snowboarding but skating and surfing as well.

The pair can often be found filming one another in the terrain park, busting out trick after trick in what seems like an endless arsenal.

“I actually had a job at Timberline and I was working in the parking lot and they needed guys down here on their terrain parks,” Conor said. “They didn’t think they were going to open up but then it started dumping so they had to get a crew together.”

Conor prefers Skibowl to Timberline, specifically the freedom of creativity that comes with supervising terrain parks.

“Down here we can set up whatever kind of rails we want. If we want a stair set or a kink rail we throw it out there,” Conor said. “ Up at Timberline it’s kind of one guy running everything. He’s the manager, it’s kind of like his park. It’s like whatever he says goes and that’s the final say, that’s why I like coming down here. We’ll go up there in the spring and summer time to ride.”

Their sport of choice has taken them to the heights of the community, and it has even taken them out of town.

The pair have been snowboarding for six years each, and have taken to it in a way that they haven’t with skating or surfing.

“I think it’s because I skateboarded for ten years or so before I ever got into snowboarding. Switching to the snow it’s more fun to cruise around than skateboarding. Plus all the rails and jumps, you don’t have to work for speed or anything,” Conor said. “Waves you’ve gotta wake in and out of, skateboarding you have to pump in and out of the bowl if you want to catch air. It’s kind of nice just always having a huge hill. It’s less work; it’s easier.”

The brothers have traveled to several locales around Oregon and out of the country to hit the slopes as well.

“I’ve been to Idaho, Schweitzer mountain. I’ve been here, Meadows, Bachelor a couple of times. We went to Sweden last year,” Colton said. “It was so sick.”

Skibowl offers day and night skiing seven days a week and offers a fusion pass which enables riders year long access to both Timberline and Skibowl, markups incur as the season approaches as well as progresses so keep your eye out. Several feet of snow are projected to add onto the parks mounds in the coming months so be it sledding, skiing or snowboarding don’t let the slopes melt away without getting your cut.