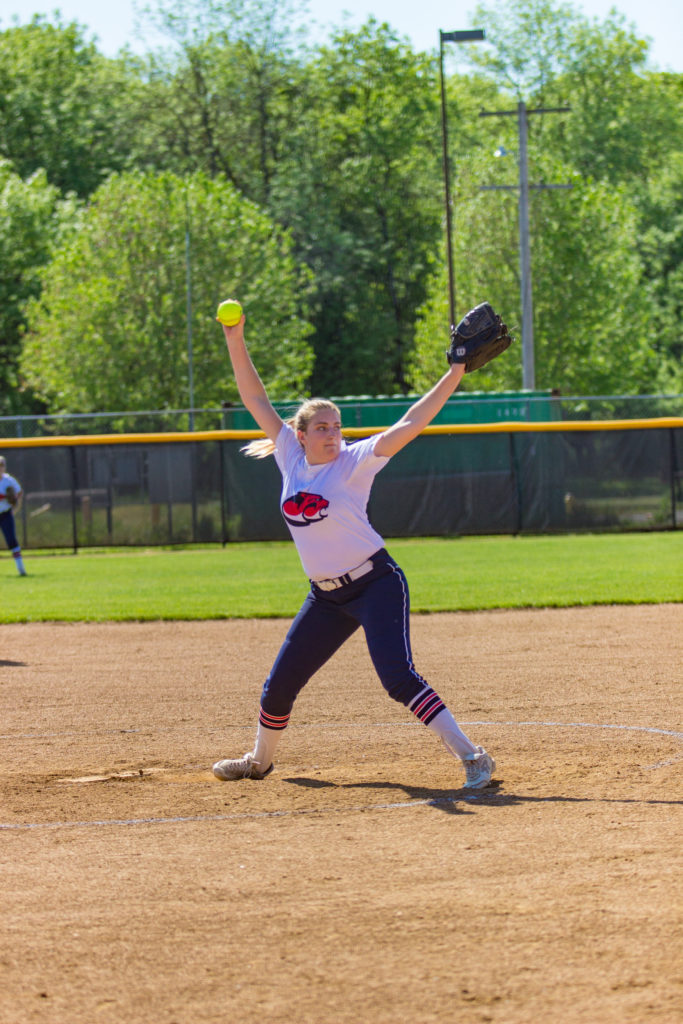 Under a cloudless sky and unforgiving 85 degree heat, the bleachers were filled to capacity with brightly colored umbrellas, hats and sunglasses for the unlucky ones who didn’t have the pleasure of shade to escape the sun’s brutal rays. But the one thing producing more heat than the sun last Friday were the two bitter rivals, Clackamas Community College and Chemeketa Community College, locked in heated battle during the final two contests of the 2019 season.

The Cougars came out confident after splitting games with Chemeketa on April 24, 3-7 and 9-5, with the hopes of beating their Salem rivals once and for all. But, as freshman first baseman Kat Hylton put it, “Honestly, [our goal is] to just have fun. These are our last regular season games.”

The Cougars weren’t ready to give up though. In the 7th inning, sophomore shortstop Emma Jimenez went up to bat, seized her chance and went deep, making the score 7-6.

“[Jimenez] saved the day,” Hylton said. We were up 3-0, and then [Chemeketa] came back, she picked us up with a home run. That’s pretty awesome. I think that was definitely the highlight of the game right there.”

Jimenez was surprised by her solo homer.

“It was insane, honestly. [The pitcher] jammed me inside and I was like, ‘I can’t do that.’ I hate those pitches, but I saw that pitch and I was like, ‘This is the one,’ so I swung as hard as I could and as soon as it went over I was so happy. And it was awesome coming into home seeing my teammates super excited and hypin’ each other up.”

Due to their split games with Chemeketa the previous time Clackamas faced them, there was uncertainty about how the game might play out. “[Before coming into this game] we just talked a lot about being more aggressive, our pitchers being more aggressive, and just having fun while we’re out there so we really are trying to set the tone for next week at the championships,” said Buel.

Buel has said that she has seen a ton of potential in her team, but there are some skills a few of the players feel like they need to improve to make it all the way. Hylton said, “I need to stop thinking too much, and as a team we need to play together.” In order to prepare for their upcoming games, Buel said, “You know, I tell the girls all the time, it’s a new season, so we just want to feel like we’re ending on a good note and then we can go in relaxed and go have some fun.”

Clackamas sealed the deal by finishing off Chemeketa in game two with a score of 9-2. The team will be going to the NWAC Softball Championships in Spokane, Washington versus Centralia College on May 17. The game will mark the fifth meeting between Centralia and Clackamas, with both teams winning two games a piece in the match-up.