Clackamas undefeated on the mat 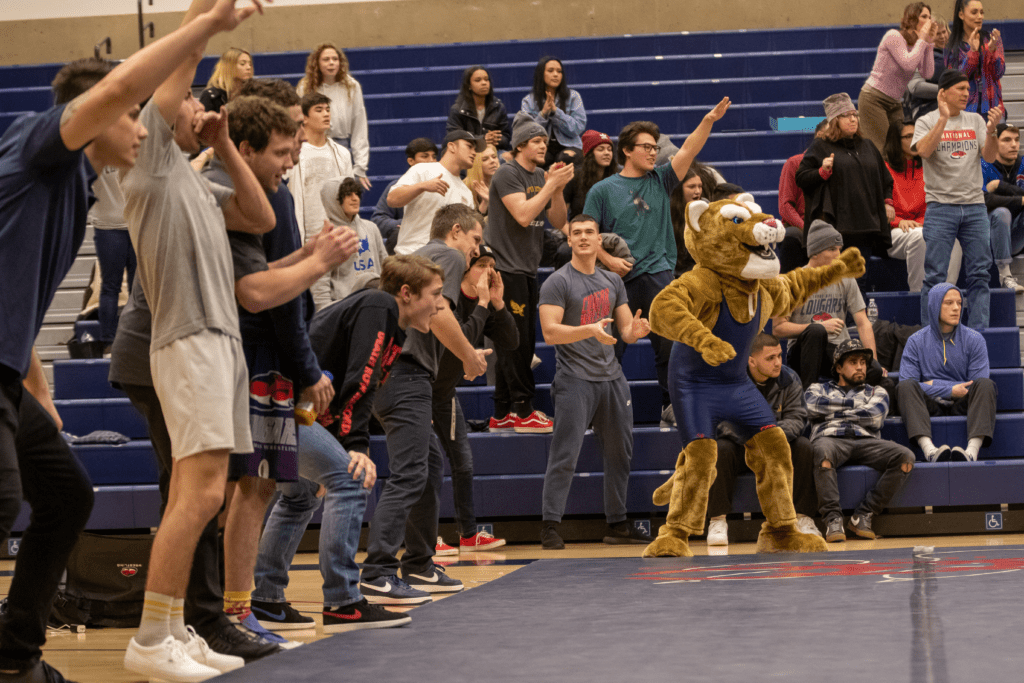 Since the beginning of the season in September, this year’s wrestling team has proven themselves to be a team to fear. On January 17 they went against both Highline Community College and Simon Fraser and won both matches, making their current record for this season an undefeated 11-0.

This year it seems as though their trend of victory will continue; at the NE Oklahoma Duels competition, CCC took on four different colleges and came out on top every single match, including a 48-0 victory against Iowa Lakes Community College.

How have they been so successful? According to freshman team member Romeo Manue, one of their biggest strengths is good team chemistry.

“We cheer each other on,” Manue said after helping bring Clackamas to victory against Highline. “Even if someone is losing, we’re always cheering them on to not give up the last point.”

Coach Josh Rhoden is also pleased with how well the team gets along, saying, “We’ve got good team camaraderie — a lot of close-knit guys that care about each other and are gonna wrestle hard for each other.”

Jason Shaner, a sophomore on the team this year, said, “We’re just really hard-working this year. We had a couple of people return from last year but we’ve had young guys step up and they’ve been a big part of our success so far.”

In terms of weaknesses on the team, Manue said, “We need a little more focus during matches, sometimes we lose focus a little bit, but we’re working on that a lot.”

Going forward, Rhoden is setting up a plan for improvement.

“Certainly before the national tournament we have to make sure that we wrestle error-free. Like any other sport, you’ve gotta make sure you don’t give up mistakes and cost yourself points,” Rhoden said. “This is the time of the year where we get pretty serious. We’re gonna add a ton of different conditioning and training principles that we’ve always trusted. We’ll get back to work every single week and we’re gonna get better.”

Hopefully the team’s training, combined with their great team spirit and dedication to working hard will lead them to another first place national victory.

CCC Wrestling will face off against North Idaho College at 7:00 p.m. on January 24 at home.

Andrew Griffin is a second year student at Clackamas Community College. He is the Arts and Culture Editor for The Clackamas Print. After CCC, he is planning on transferring to the University of Oregon where he is planning to major in Journalism.