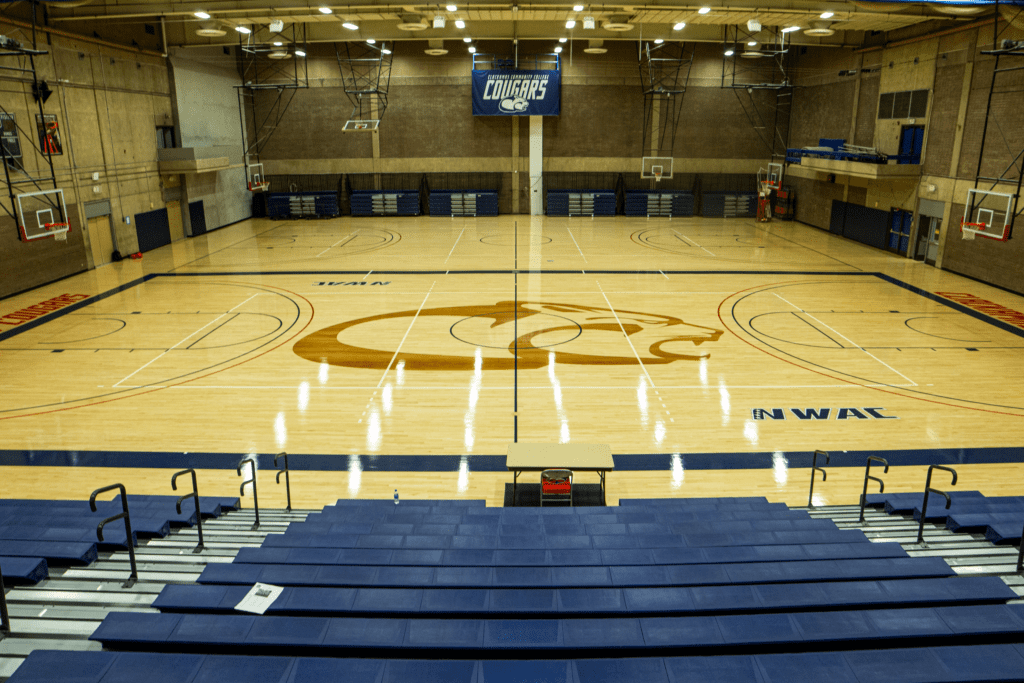 While most Clackamas Community College students and staff were off enjoying the summer sun, hard work was underway on the athletic gym located in Randall Hall. The gym is an integral part of campus, hosting sports teams and classes such as volleyball, basketball, and many classes, such as tennis when the rain won’t give up.

“I love it,” Wegner said, “the bleachers are a tremendous addition; the color it adds to the gym, how it brings the logo off the wall. The new floor design finish is really nice. Very excited to play in a gym that looks so nice.”

Despite the college being relatively old, the gym has not enjoyed any major reconstruction since it was originally built in 1966, Wegner said.

“This gym has had nothing done to it, other than routine maintenance for the 50-something years it’s been in existence,” he said.

Unfortunately, the college ran short on time for all the things it wanted to update, Wegner said.

Several aspects of the gym were in urgent need of repair, such as the walls in the event of an earthquake.

Other areas of the gym were simply old and even potentially dangerous.

The bleachers were a result of the old ones breaking down and just a liability lawsuit waiting to happen. The new ones are a lot safer. We also have got a lot of people for various events that are elderly and need handrails, which only makes sense,” Wegner said.

As for the opposing teams that will come to play in the new gym, Wegner said, “They’ll be jealous and they should be!”