Cloud9 reaches for the sky 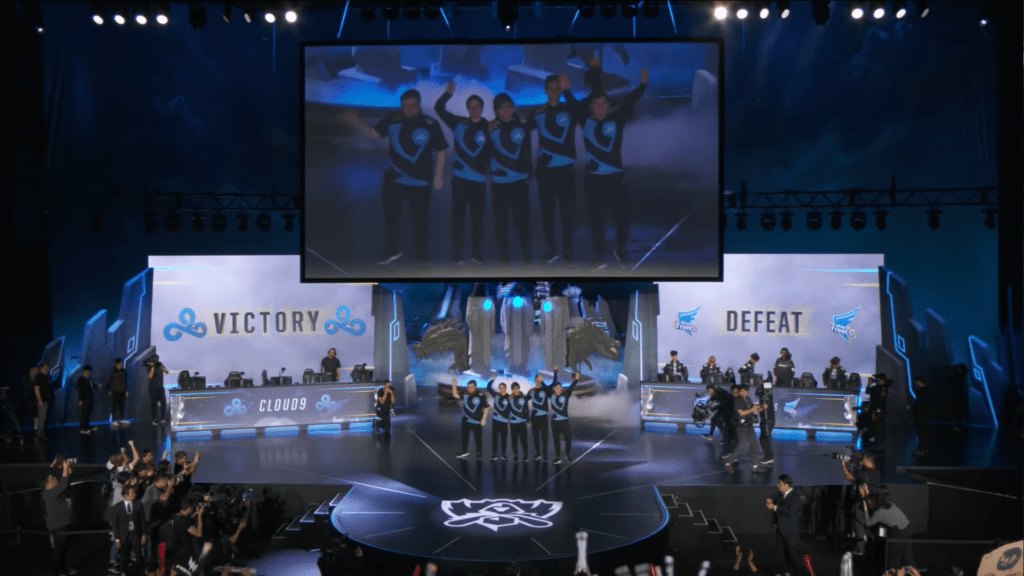 Cloud9 stands victorious after their 3-0 win over Afreeca Freecs on Oct. 21 in Busan, South Korea. This victory marks the first time a North American team has made it to the World Championship Semifinals since 2011. It is also marks the first year that Korea will not be represented in the World’s Semifinals since the region was invited to compete.

The League of Legends World Championship is in full swing. The largest League e-sports tournament held each year, World’s offers a chance for the best teams from around the globe to compete for the top spot. One team in particular has stood out this year due to the journey they have undergone to reach their current position.

With the introduction of franchising to the North American League Championship Series, or the NA LCS, at the beginning of this year many teams sought to refresh their rosters to form teams that would prove stronger than those found in the league the previous year. Only two teams survived the off season mostly intact. One of these was Cloud9.

With only two roster changes, in their top lane and jungle positions, they came into the spring split with a vengeance, not suffering from the lack of synergy found within many of the newly formed so called super-teams. With the veteran talent of their returning lineup paired with the talents of former Team Solo Mid jungle Dennis ‘Svenskeren’ Johnsen and rookie top lane Eric ‘Licorice’ Ritchie, Cloud9 instantly established themselves as one of the League’s most promising teams.

They faltered during the latter half of the split, and though they managed to qualify for playoffs, they were quickly defeated by Team Liquid who would take first in a 3-0 victory over 100 Thieves in the finals.

“We wanted to put together the best possible team for our week 1 stage,” said Etienne in a video posted to the team’s YouTube channel. “These players are our best players to put on stage. They are performing better than our old roster was, and they’ve put in the hard work and effort to get to where they are, and they’ve earned their spot to play this weekend.”

The change did not inspire confidence among fans, as the roster fell to tenth and last place during week 3 with a record of 1-5. Weeks four and five saw the return of the team’s primary members which began an incredible comeback for the squad. From week six on, the team did not drop a single game, finishing the season 11-7 in second place, earning themselves a bye into the Semifinals of the Summer Playoffs.

Much of their success was credited to the development of their roster. Rather than running a five-man team that consistently played, they developed a seven-man team. Taking advantage of a newfound synergy between Jensen and Academy jungle Robert ‘Blaber’ Huang, affectionately referred to as the “smol-bros” as well as between Johnsen and Academy mid lane Greyson ‘Goldenglue’ Gilmer, referred to as the “swol-bros,” Cloud9 made a name for themselves by taking advantage of their incredible rookie talent. With the addition of Tristan ‘Zeyzal’ Stidam to their roster raplacing Ta in the support position, their team was complete.

During the playoffs, Cloud9 was pitched against longtime rivals Team Solo Mid, the winningest team in North America. The series went to five games, each team struggling bitterly to claim the cherished spot in finals. Eventually, Cloud9 emerged victorious.

The series was specifically meaningful for Johnsen, who had played for Team Solo Mid the previous year.

“[The game] was definitely important,” said Johnsen in a post-game interview. “Both that it was against TSM and it was me back in playoffs again. Since I got subbed out during the regular split I just took a lot of time to improve my individual skill. In academy I had a lot of time to play for myself.””

Unfortunately, Cloud9’s playoff dreams ended in the finals when they were defeated 0-3 by Team Liquid once more. Their miracle run from tenth place did earn them the opportunity to compete to earn a spot in the World Championship. However, in order to claim that spot, they had to defeat Team Solo Mid one last time.

This game ended much more decisively than their semi-finals match, with Cloud9 smashing Team Solo Mid in a 3-0 victory.

The journey through the initial stages of World’s was difficult for Cloud9. Though they went 4-0 in the initial play-in stage of worlds, the games were closer than fans would have liked. The story was the same during the play-in knockouts when they were pitted against Gambit Esports in their first best of five on the world’s stage. They nonetheless emerged victorious in a 3-2 victory, but then tragedy struck.

Seeded into the so called “group of death” during the group stage, they were forced to overcome both Royal Never Give Up, a Chinese competitor and one of the favorites to take the entire tournament, as well as Gen.G, the rebranded victors of the 2017 World Championship. The first days of groups looked grim for Cloud9 as they dropped games to both teams.

As they prepared for the last day of groups, where each team would face each other one last time, however, Cloud9 seemed to find new life. In a miraculous run they not only defeated both of their rivals but forced a tie breaker with Royal Never Give Up for first place in their group. Though they lost the tie breaker, their run to second place earned them a spot in the final portion of Worlds, the Knockout Stage.

In a historic fight for a spot in the World’s Semifinals, Cloud9 defeated the final Korean representatives Afreeca Freecs in a 3-0 sweep, claiming that Semifinals spot, something a North American team had not been able to accomplish for seven years. 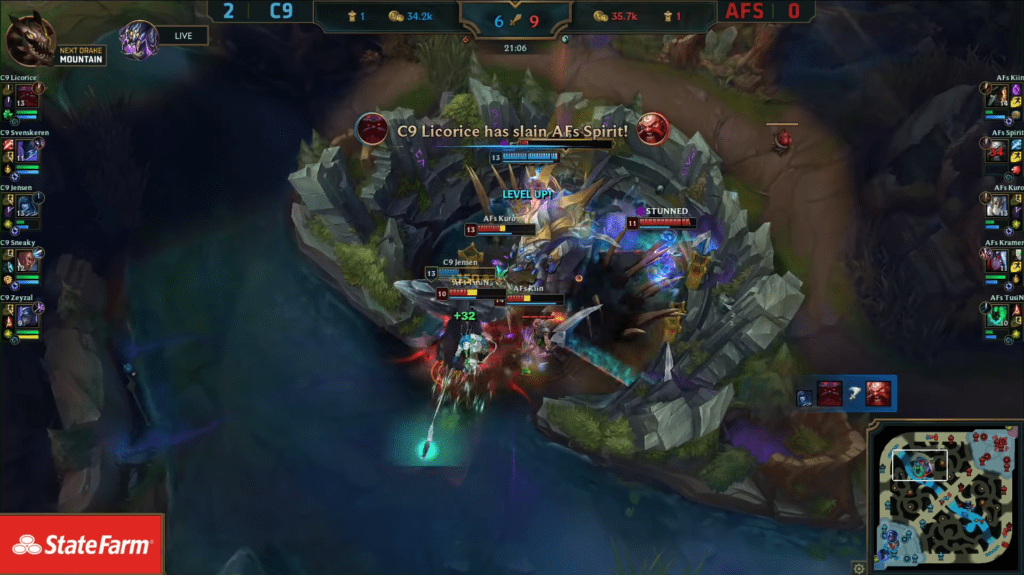 Cloud9’s Eric ‘Licorice’ Ritchie and Nicolaj ‘Jensen’ Jensen stood firm against Afreeca Freecs’ baron attempt late in game three. Against all odds, Ritchie managed to secure the baron with an auto attack, stopping what could have been a game ending play by the final Korean representatives at World’s.

“For next year it’s going to be so hype for the West,” said Johnsen in a post-game interview after their victory against Afreeca Freecs, “because every time in the past all the western teams were just like it doesn’t matter what we do because Korea’s just going to win so we might as well not try hard. But seeing the west go so far in World’s I think is going to motivate the whole west to do a lot better for next World’s. Even if we don’t win the next one I’m just excited to be here and make the west have more hope.”

Now, the only question that remains is whether or not Cloud9 can achieve even greater heights this year. Only one more team stands between them and North America’s first ever appearance in the World’s finals.