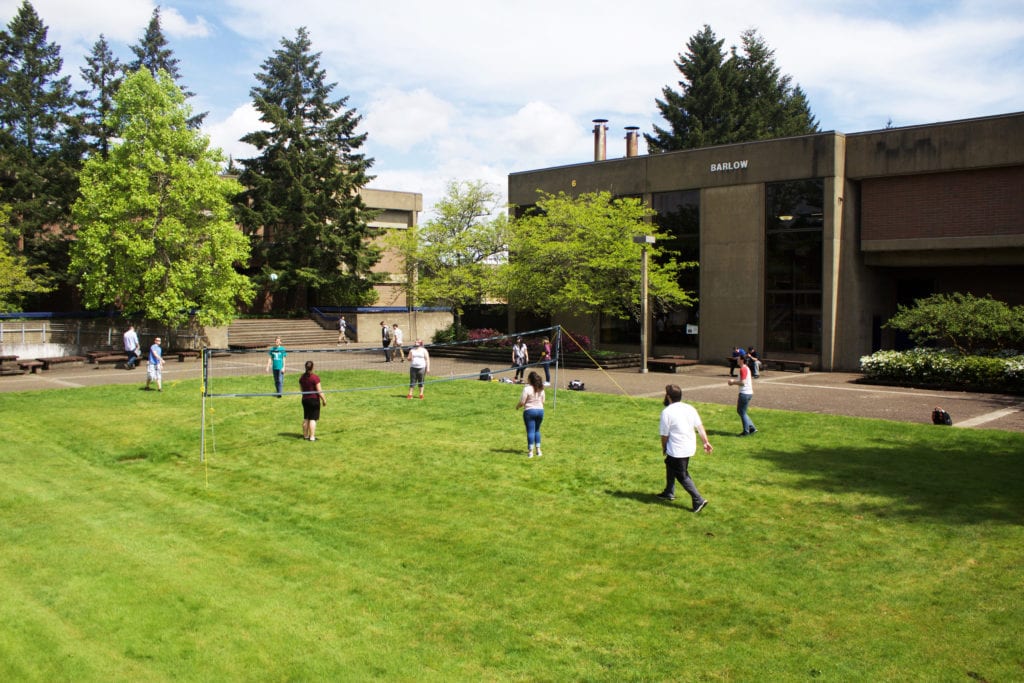 Lack of interests leads to cuts in events

Intramural sports, defined as recreational sports within an organization, is a surprisingly unknown term on the Clackamas Community College campus. Some examples of intramural sports are open basketball and open volleyball, where a number of student, staff and faculty teams sign up for a tournament, engaging in entertaining matches.

Intramural sporting events have not been held this academic year for a number of reasons. According to Megan Baumhardt, a member of the Associated Student Government, it’s mainly the lack of interest.

“We did intramural sports last year,” said Baumhardt. “There wasn’t a whole lot of participation for them. It was a very small event.”

Another problem ASG faces when planning an intramural sports event, is the logistics of it all. Between the many forms, liabilities, bringing in the people required by OSHA rules and the lack of participation, it is no wonder the campus hasn’t seen an event in the past two terms.

A major hurdle intramural sports events faced was in ASG.

“We’ve had some departmental changes in ASG this last year where departmental obligations were shifted, so that created a little bit of confusion as to whose obligation those events were,” said Baumhardt.

When one considers all the events that have taken place this year and the fact that ASG is somewhat short-staffed compared to previous years, there is little surprise some less than beloved events fell to the side.

According to Jim Martineau, the athletic director, one reason it’s difficult to organize intramural events is the lack of space.

“The gym is booked between classes and practices mostly every day,” said Martineau. “(It’s) hard to find time.”

While ASG does handle most of the work for such events, according to Martineau, “It does require some sort of faculty or staff oversight.”

Carter Knox, a student at Clackamas, said the reason he was interested was that it is a chance to connect with other people and that he simply enjoys sports.

Knox states that sometimes life simply gets in the way of events, “It could be work, health issues, it could be multiple things.”

Aside from trying out for a sport or taking a PE class, ASG has arranged a field day on May 31, from 11 a.m. to 2 p.m. It will include a number of games, but not sports. For those that want to see intramural sports make a resurgence on campus, ASG is happy to hear student’s input on event ideas.