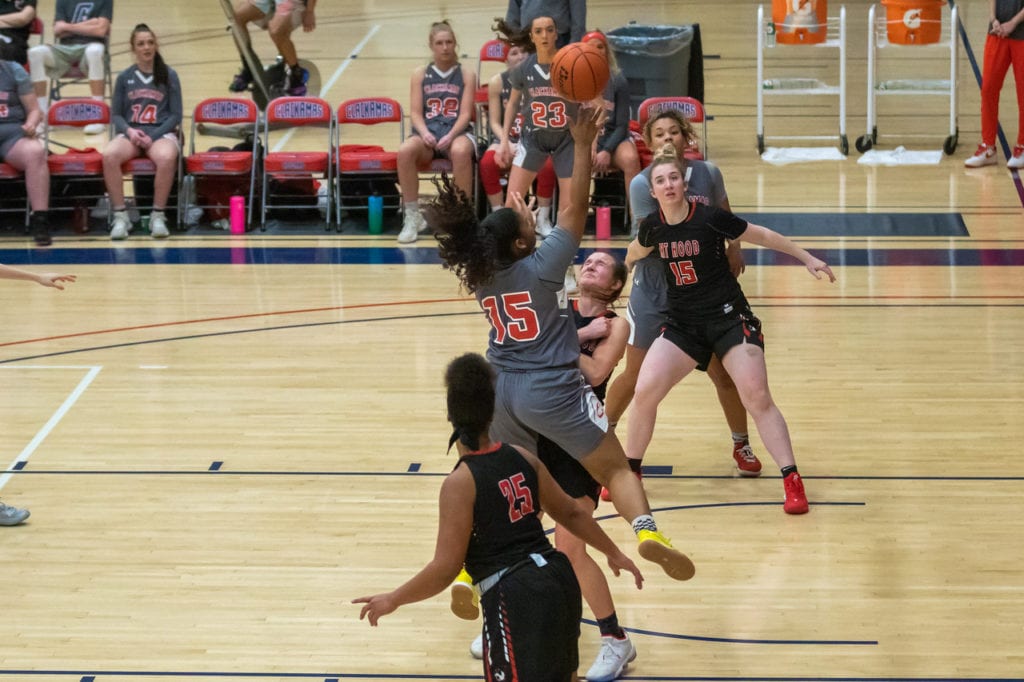 On Thursday, March 5, Everett Community College closed its campus due to coronavirus concerns, effectively postponing the NWAC Basketball Championship games that were in progress that afternoon.

The originally scheduled tournament came to a sudden close Thursday when EvCC received word of a potential Coronavirus threat.

Halfway through the third game of the tournament, teams were notified that the school was shutting down the campus to be cleaned. Shortly after closing, the school learned that a student tested positive for COVID-19, according to Public Health – Seattle & King County.

In a post found on their website, Everett officials wrote, “This afternoon we were contacted by the Snohomish Health District who told us that the EvCC student who tested positive for COVID-19 poses little to no risk to EvCC students, faculty, and staff.”

The college continued with, “The student was last on campus on Feb. 27, and did not have symptoms at that time. This virus spreads with close contact (within six feet for a prolonged period of time) and is unlikely to spread without symptoms, according to a Snohomish Health District epidemiologist.”

For the teams competing for a championship, this sudden cancellation came as a disappointment. “Originally we were all disappointed and sad not to be able to play in the championships that should’ve started (Saturday) morning,” Men’s head coach Clif Wegner said via email. “We will continue to ultimately focus on the main immediate goal which is to be healthy and playing our best basketball at this point in the season.”

Freshman forward K’wan Carter echoed the same sentiment, “It’s a bittersweet moment really. Most of us (are) pretty upset cause of the anticipation,” K’wan said via Instagram. “It’s been a long couple of days, but on the positive side, it gives us more time to prepare for the tournament.”

The women’s team, however, has looked at the postponement in a positive light. “Since the tournament was postponed after 3 teams already played their first round games, we won’t have to play at 10pm anymore! Preparing to play that late is so hard,” explained second-year guard Paige Downer via text. “Playing at Everett is pretty difficult. Their balls and the rims are so bouncy; it makes shooting a struggle.”

Cougar athletes were excited to host the NWAC Championship games. “Having our home crowd would be incredible! Nothing better than playing a huge game at home with our fans!” Downer said via text. “I think having our fans there would get us even more hyped and ready to go! We’re all very excited if we get another opportunity to play at home. For the sophomores especially, we would love to host the semis and finals because we’d potentially get to play another game at home!”

“We know our hoops like the back of our hands. Nothing is better than home court advantage. Randall Hall can get pretty packed, and the atmosphere is great,” Carter echoed via Instagram.

As the schedule is being determined, Cougar athletes are confident and focused heading into the tournament. “I feel we are the best team there,” Carter said via Instagram. “There is great competition we will be facing, but I know we can win it all, especially with the guidance of our great coaching staff and my teammates.”

“I am extremely excited for my first championship run with this team. There’s no other team I’d rather be on. We have all worked so hard to get to this point, so we’re all really excited for the upcoming tournament,” freshman guard Brooke Bullock said via text.

The Clackamas Print will update this story, and fans can visit nwacsports.org for more information. And please, for the love of God, wash your hands.