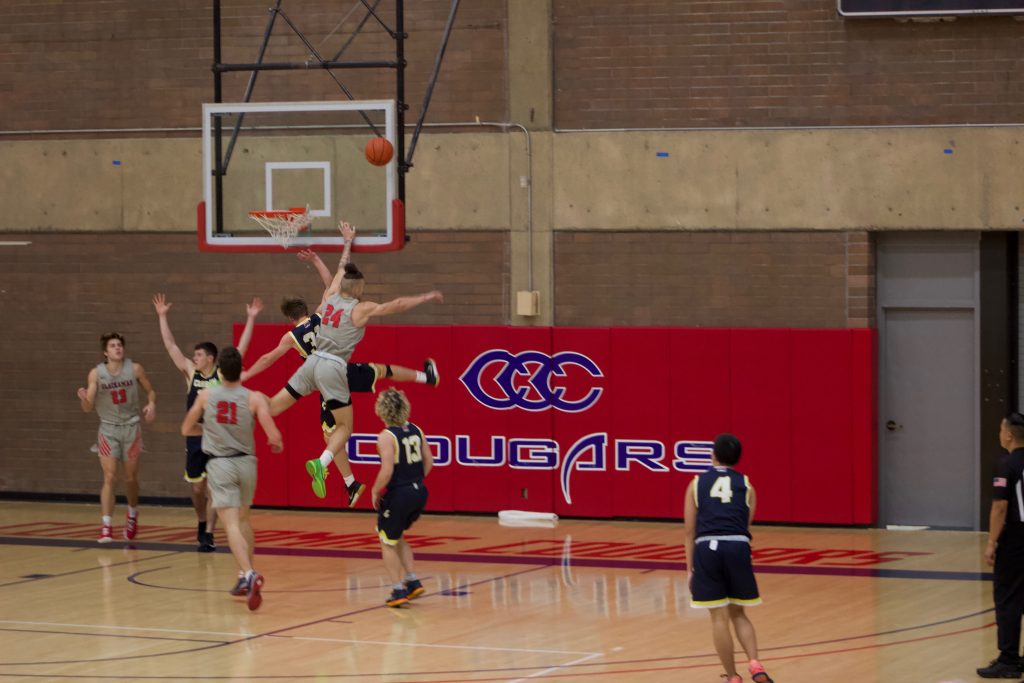 First game of the season for CCC’s Men’s Basketball

“It was a fast paced game,” said Austin Miller, one of the players on Corban’s team. Clackamas was ahead for most of the game and steadily gained on their lead as the game progressed. “We’ve got to play better. That’s it,” said Miller.

A fan who attended, Sage Schmidt, whose boyfriend plays for Clackamas, said the players were “working hard.” Antia Gonzales, another cougars fan, there to cheer on her son David Gonzales, was also pleased with Clackamas’s performance, saying “There was good shooting tonight, they weren’t being selfish with the ball.”

It was a home game for Clackamas, and the first game since the beginning of the pandemic that spectators were allowed to attend in person, and both teams drew a moderate number of fans. Masks were required for attendees, however, many did not keep them on despite reminders from the loud speaker. Prior to entering the gym fans also had to scan a QR code to fill out a form confirming that they did not have any symptoms of COVID-19.

Clackamas went on to defeat Olympic College 80-68 during the second game of the season on Nov. 20th which also took place at CCC. On Nov. 26th, Clackamas will face off against Douglas College at Skagit Valley at 5:00pm.