Cougars hunt for a championship 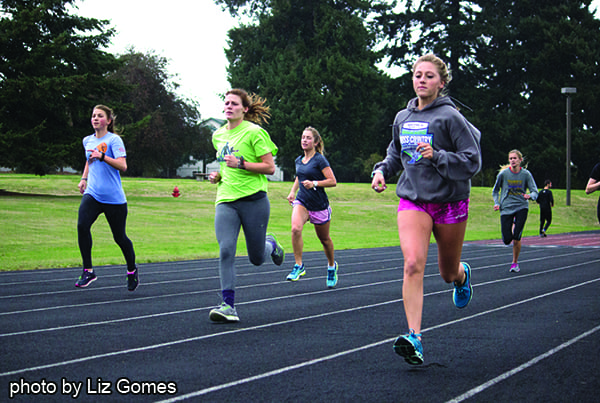 It’s not quite midterms yet, but the Clackamas Cougars cross country team is already getting its first real test of the season.

This Saturday, Oct. 25, the Cougars will be hosting the NWAC Southern Region Championships on campus. The women’s team starts at 11 a.m. and the men start at noon. The women’s team has been trending upwards and coach Drew Wausmund expects the development to continue.

“Our females have done a tremendous job from the start to where we are now,” Wausmund said. “My guess is if we were to run Southern regionals week one, we’d be last. It’s not even close. But I expect us to surprise some people. I don’t think there’s any reason we can’t be top three.”

Freshman Jocelyn Barber has been the No. 1 runner for the women’s team this year, but sophomore Kennedy Rufener is a wildcard for the team. Rufener ran track last year but decided to try cross country.

“Kennedy, who missed the first few races of the year coming off an injury in the summer, has shown some serious grit,” Wausmund said. “There’s really no telling what she’s going to be able to do these last couple of races.”

Rufener made a modest prediction of placing somewhere in the 20s. However, she expected more from the team as a whole.

“We’re finally going to have everyone,” Rufener said. “I think being in the Southern Regional Championships will help push everyone and we’ll have a good outcome.”

On the men’s side, Wausmund and sophomore captain Pake Benthin expect the team to pick it up in the Southern Region Championships.

“Alan [Ekanger] and Pake Benthin have been solid,” Wausmund said. “But I’m still sort of waiting for them. It’s kind of the time of year I’m expecting them to get after it.”

“I think on the men’s side it’s going to be a five or six point difference between us and Lane Community College,” Wausmund said. “I think the guys can win but it’s going to come down to them making a conscious decision to really start hurting with 3-4 [kilometers] to go.”

According to Benthin, the men’s team will make that conscious decision.

“We really want to win the Southern Region Championships and then carry the momentum forward,” Benthin said.