Cougars look to heat up the net

In athletics, there will always be streaks. Some are hot and some are cold. Either way, everyone loves it when their favorite team and player are on fire. They get that feeling like they are in the zone and everything moves at their own pace. For the Clackamas Cougars volleyball team, they want to feel that way once again going into league play.

Out of the gate, the women’s volleyball team started off hot in their non-league schedule. During the month of August they won 6 of the 8 matches contested, including a 5-match winning streak over the weekend of Aug. 27 to Aug. 28. With September not being as friendly, they only were able to win 5 of the 14 total matches for the month. The team endured a 6-match losing streak from Sept. 9 to Sept. 17.

The team still feels that they can make the Northwest Athletic Conference tournament this season. Going into league play they had a 9-10 record.

Sophomore Lauren Tennyson, No. 9, who is an outside hitter for the Cougars, mentioned that there is a solid number of returners on the team. “We’re just trying to make sure our good days outweigh our bad days,”she said. According to the Cougars volleyball team roster, six of the eleven players are sophomores this season.

With the team only having two more scheduled home games for the season (Oct. 21 and Nov. 9), they will have to deal with a lot of league road games on the back stretch of the season. Second-year head volleyball coach Sarah Hoeke actually prefers it this way.

“This gives us confidence and helps us feel comfortable as a team before we travel to the rest of the league games,” she said. This way we know our potential and we have that mind set as we travel.”

Seven of the nine remaining scheduled matches are on the road. The farthest the team will have to travel for the rest of the season is to Coos Bay and Roseburg to play Southwest Oregon Community College and Umpqua Community College on Oct. 28 and Oct. 29. If they qualify for the NWAC tournament, that would be played in Tacoma, Wash. on Nov. 17 to Nov. 20.

Team captain and sophomore lead defensive specialist, No. 3, Aysia Killingbeck, likes the way that the team got started this season.“Non-League was actually really good. We had a lot of far away tournaments where we played some really good teams, she said.“The Walla Walla tournament is always a good one. They always have super good teams that helped push us and to get us better for league play.”

With only a handful of league games played so far the Cougars still have a 12-13 (2-3 in league) record, and they have time to improve.

Hoeke added, “For us to succeed, we need to play to our full potential. Every day in practice that is what we work towards and strive for. We have great athletes who have the capability to do amazing things.”

All scores, roster information and records were taken directly from the team’s page on the NWAC website. 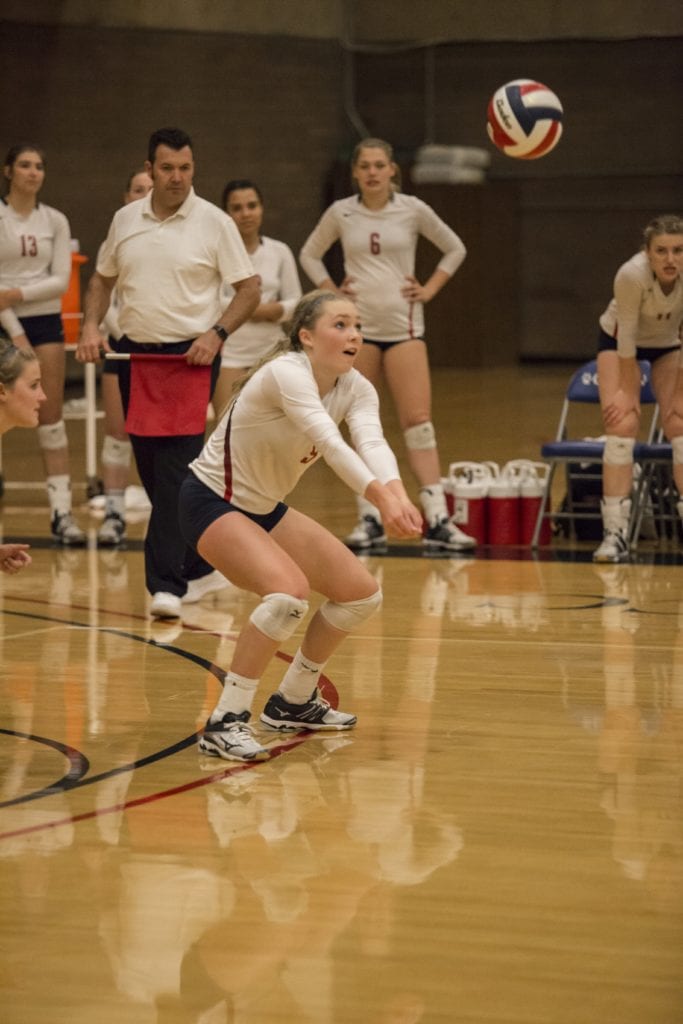 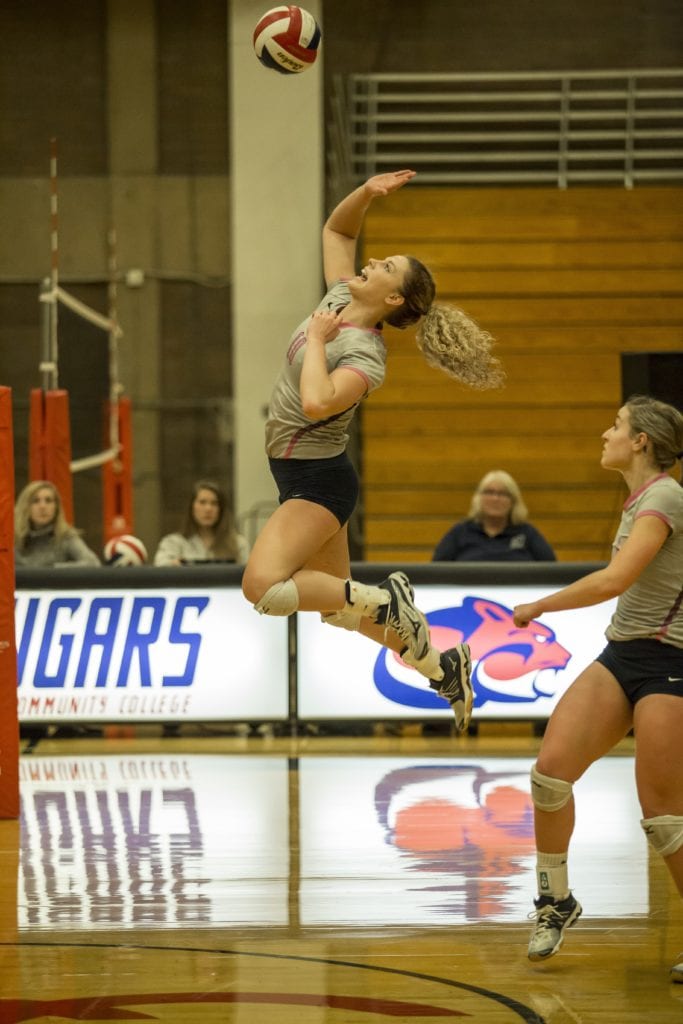 Ashley Johnson goes for a kill to win a key set.