Clackamas’ men’s team opened up the tournament with a matchup against the host school Pierce College. The Cougars’ scoring was led by sophomore point guard Nygil Carr, who carried the bulk of the scoring throughout the tournament. Carr scored 24 points in the opening game, followed by sophomore guard Briggs Young’s 50 percent three-point shooting that helped him add another 17 points. Clackamas out worked Pierce by recording more rebounds (37-33) and steals (15-7) in their 77-70 win.

In the second game of the weekend, Clackamas found themselves in a tight match against Whatcom Community College. Like the first game, the Cougars leaned on Carr’s scoring to propel them into the championship game. Carr posted another 26 points against the Orcas. Clackamas had to weather the storm from Whatcom forward Alex Martin, who led all scorers with 33. CCC went on to win 88-84.

In the championship game on Sunday, Clackamas took on Bellevue Community College. The Cougars were once again led by Carr’s scoring when he added another 21 to his weekend total of 71. Sophomores Isaiah Gentry, Shawn Carson and Freshman Adam Gehrig each recorded 10 points of their own, but it was not enough to overcome the 33 points from Bellevue forward Yonathan Michael who led all scorers. Clackamas dropped a close game 77-74 and finished 2-1 on the weekend.

After going 2-1 on the weekend, Clackamas men improve to 3-2 on the season. The Cougars will be returning to play on Dec. 3 against Blue Mountain Community College at home. 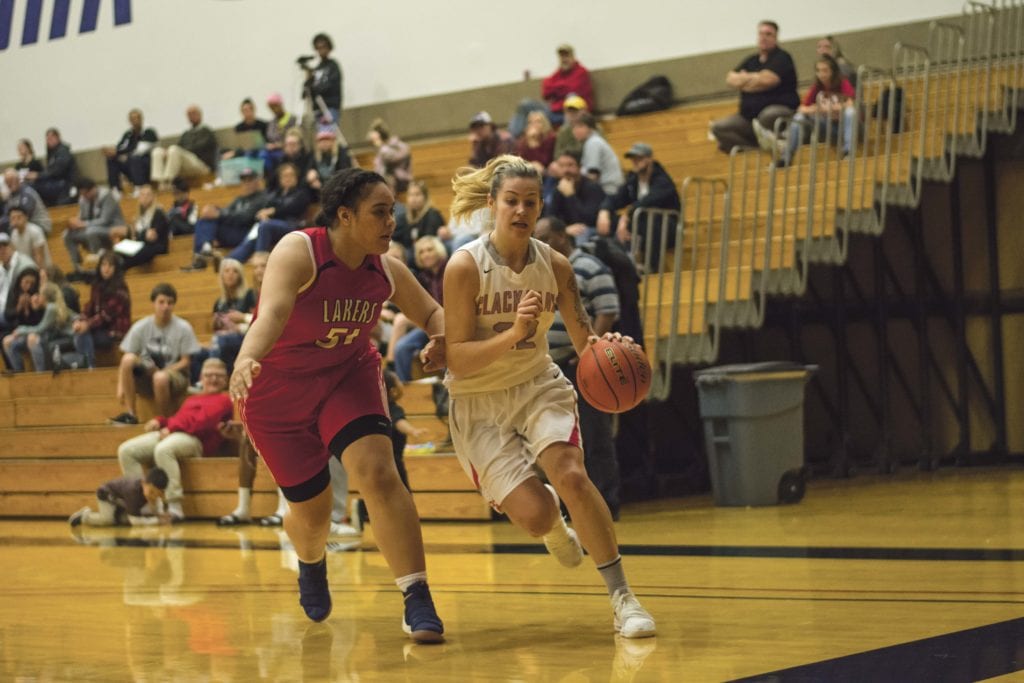 Clackamas opened the tournament Friday against SWOCC in what was an 88-46 blowout win for the Cougars. Sophomore Nicole Hermosillo-Wright led all scorers with 36 points. Clackamas also found help from sisters Kayce and Ricki Mock who recorded 22 points and 23 rebounds between the two, Kayce Mock posted a double-double (11 pts – 15 rebs).

On Saturday the Cougars took on Mt. Hood. Despite 23- and 20-point performances from Courtney Jackson and Rachael Watson of MHCC, Clackamas found balanced scoring to earn the win. Kayce Mock posted another double double (12 pts – 15 rebs) in the 71-68 win over the Saints.

In the championship game, Clackamas took on the reigning South Region champions in Umpqua. Clackamas found themselves trailing 28-10 after the first quarter. The Cougars then out scored the River Hawks in the next three quarters, but were not able to overcome UCC for a victory. Clackamas’ scoring was led by Kayce Mock (17) in the 72-67 loss.

Clackamas women’s team went 2-1 on the weekend reaching the championship game. To move to 3-1 on the season and will host Pacific University JV on Dec. 3. Clackamas Men are 3-2 on the season.