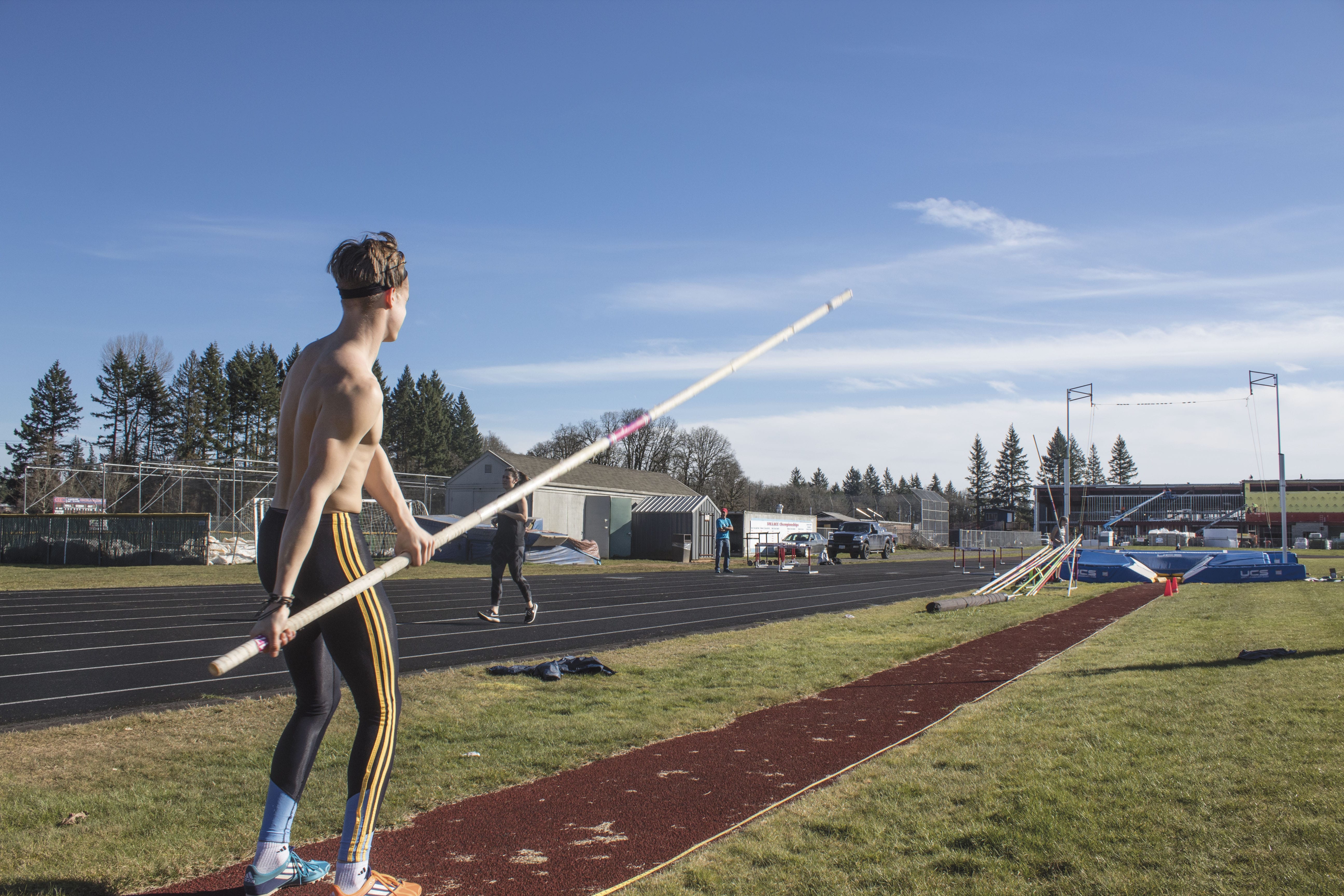 COUGARS EXCELL IN THEIR FIRST TRACK MEET, HOPEFULLY A FORESHADOWING OF ACHIEVEMENTS TO COME

Story and photo by William Farris

Track and field season is under way at Clackamas Community College and the first meets have left students and coaches excited for the coming season. With great performances and hopeful outlooks, this year is shaping up for the track and field team.

Coach Keoni McHone shared his pride in the excellent performances of the athletes has high hopes for the rest of the season by saying “It’s going pretty good so far, we’ve had some pretty strong performances in a lot of different event areas.”

Performances like that of Jordan Gloden, who got a three-foot personal best in the long jump and ran a well executed 110-meter high hurdle race in his first meet. Another student Lydia Pavlenko continues this display of excellent achievement by winning the triple jump event, along with another strong performance in the men’s triple jump from Kwan Carter and Devin Meade.

The women four-by-one took second in their competition while the mens four-by-four took second by only two-hundredths of a second such a close race that the athletes didn’t even know who crossed the line first until the results were posted.

“It was a really tight finish, with Carter chasing the guy down at the finish,” McHone said full of glee “It was good solid performances, so we’ll see how things keep progressing.”

“Coming in, I think we have a solid team this year,” track team member Kashta Booker said.“Our last meet was at Linfield, the ice breaker, and we did pretty good against all the, you know, D-three schools and all the other community colleges.”

Most of his teammates shared his upbeat view for the rest of the season as they took advantage of the warming weather to practice on the field for their upcoming meets.

“This last meet I think we did really good, and being the first couple meets and were already improving, everyone’s getting new P.R’s [personal records] I am honestly excited to see how this is going to go,” freshman William “JJ” Walker said.

All these great performances, attitudes and this is only the pre-season. Their meet on March 10 at Pacific University, followed by an open event at Lewis and Clark college. For a full list of dates and events, as well their latest results you can go to the athletics section under “track and field” and click on the “schedule and results” section. From there, you can keep up with the events and performances over the coming months, and where you can go to show some support for the team.

Make sure you check it out and support the team in the coming weeks as they work hard to improve and get ready for what’s to come. With the drive and performances that have been shown so far, it’s shaping up to be a spectacular season for the Cougars.