With wind and rain creating severe weather warnings across the state, the Clackamas Community College cross- country team looked to use the Wes Cook George Fox Invitational as a final tune-up prior to the Southern Region Championship later this month.

Clackamas was originally scheduled to host a meet at the college, but they instead elected to find a meet with more competition. Sophomore Evan Sutherland believes they made the right choice to go to the Wes Cook Invitational.

This meet was going to be a better race and better competition. We want to run good races and be around the best races. We’re going to be running at home anyways [for the championships],” said Sutherland.

Clackamas distance runners traveled to Willamette Mission State Park early on the morning of Saturday, Oct. 15. The men ran 8 kilometers and the women ran 6 kilometers. In the fourth and final meet of the regular season, the Cougars hoped to improve on their times and hit their peak as they head into the postseason.

“The team has been pretty healthy,” said head coach Jonathan Marcus. He had expected the men to finish in the top third and the women to finish in the top half of teams competing at the meet. The men placed eighth out of 13 teams, and the women did not receive a team place because scoring depends on the times of the top five runners, and only four Clackamas women finished the race.

Sutherland likes to go in to every race with a game plan, and being able to stick to it is key for him. “My strategy is to set a good pace for the first 5K, and for the last 3K I try to give it all I have, just trying to get faster and faster,” said Sutherland. “I got off on a good start, and on the last 1,000 meters I started throwing up. I threw up like six or seven times.”

When asked if it affected his race at all, Sutherland said it slowed him down, but overall he still ran a good race. Despite the sickness, he came in 24th out of 116 runners with a time of 26:51.7, just seconds behind teammate Josh Moats.

Sophomore Moats was able to keep up with the weather conditions while other runners were not. He led the Clackamas men’s team with a time of 26:43.2, and placed 19th individually. Moats mentioned that the course conditions weren’t great.

It was pretty muddy. A lot of slipping and falling out there,” Moats said. “The guy in front of me fell and then I almost fell, but was able to keep myself up.”

Runners started the race in an open field and were funneled onto a paved road before entering the woods of Willamette Mission State Park. From there, the course was comprised of muddy turns and slippery slopes. Entering the last 200 meters of the course, runners faced a large puddle, leaving only a small sliver of trail where many of the runners ended up slipping as they tried to avoid the ankle deep puddle.

During the race, rainfall was steady. Everyone knew the weather would be challenging before the race started. When the team was asked if it affected any of the athletes, they said that they were used to the conditions.

According to sophomore Dan Carrier, it was difficult to sprint going into the muddy corners of the last 200 meters.

I felt like I was running in place,” said Carrier.

Freshman Sonia Lemus felt that her race went well, in spite of the muddy conditions.

As we were running around the curves, it was really slippery. I kept sliding a lot, so it might have taken some of my time,” Lemus said.

With the Cougars hosting the NWAC Southern Region Championships on Oct. 29, the men’s and women’s teams are both looking forward to the next few weeks leading up to the championships. The runners know there is still work to be done in practice to prepare for the end of the season and are eager for what awaits them as a team. 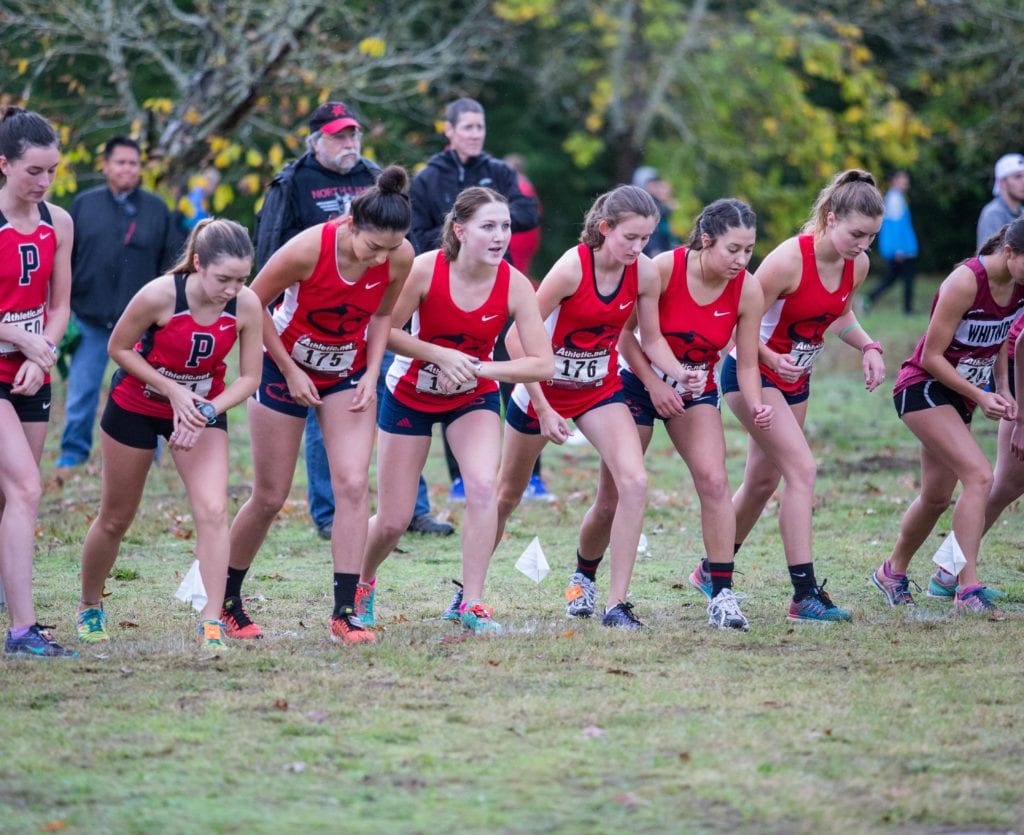