Stop me if you’ve heard this before: the Clackamas Cougars wrestling team has won the West Region championship.

For the second year in a row, and four out of the past five years, the Cougars have conquered the West Region. It’s the team’s second back-to-back championship – the team also won the NWAC National Dual Meet championship – in a nearly perfect season.

The Cougars went 13-1 in region play prior to the West Region championship, one of the most competitive leagues in the NJCAA.

“It’s really difficult, it’s such a tough region,” said head coach Josh Rhoden. “As long as I’ve been here, there’s always been three or four schools from the west in the top. I was talking to some other coaches and I was saying how I feel more stressed about the West Region than the [NJCAA] finals.”

Last year’s West Region championship was by a narrow three-point margin. This year, the Cougars took home the title with a little more breathing room, edging out North Idaho by 13.5 points.

The main reason for this was the top to bottom dominance displayed by Rhoden’s bunch. All 10 wrestlers advanced, with six of them being finalists and four claiming individual championships for their respective weight class. Eleazar DeLuca was one of the handful of wrestlers who contributed to both West Region titles, and he is the only one to be individual champion both years.

“It always feels good to be on top of your game, but I don’t really dwell on past performances,” said DeLuca. “I would say the only difference this year is we are better and more prepared to win nationals.”

While DeLuca is confident in his team’s ability, Rhoden, who has won an NJCAA National championship, realizes there is still work to be done.

“All of our guys were a little flat,” said Rhoden. “If you ask the coaches, I think we’d give our guys a C-plus for a grade. So we need to get them to an ‘A’ in 10 days. It’s nice to get a win when you aren’t performing at your best, but we have to improve.”

Dylan Reel, who is in his first year wrestling at Clackamas, echoed his coach’s statement.

“Some of us weren’t ready mentally to step on the mat,” said Reel. “A lot of us overlooked some of the opponents and it showed in our matches. Overall we finished strong with four champions. I know we’re much more capable and we are going to prove it at nationals.”

Rhoden admitted the two week layoff leading up to the Region championship may have hurt his team, but he plans to have his group ready for the finals.

“I think rest is the key,” said Rhoden. “We need to wrestle a bit, but we need to peak our conditioning through rest. There’s also going to be lots of mental preparation. We need to build their confidence by reminding them what we do is working.”

Last year, the team finished 3rd overall at finals with two individual champions and a record seven All-Americans. At the beginning of this year, Rhoden said he believed this year could be really special, record-setting even. Come Feb. 28, we’ll see. 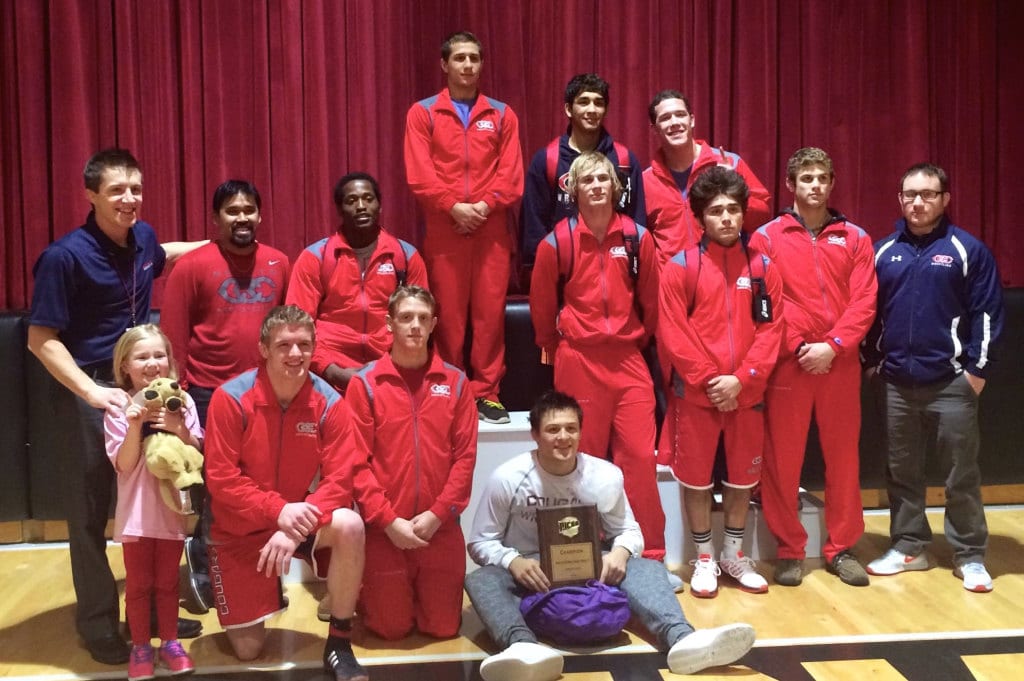