Track receives a two-lane facelift over the summer

Wandering down to the Clackamas Community College’s track, it’s noticeable that two lanes have been resurfaced. The rest of the track remains in its sorry state of holes and cracks.

The last time the track was completely resurfaced was in 1992. The surface put on back then was only made to last 10 years. The last time Clackamas Community College hosted a collegiate meet at its own track was in 2003.

The throwing coach, Danny Barley, said that the track is dangerous for people to run on. Athletes have pulled muscles and twisted ankles.

“We had multiple people getting injured in the last year or two,” said Barley.

The college had hoped to redo the entire track starting this summer. Due to a lack of funding, they had to temporarily fix the matter, and the first two lanes were redone. This makes it possible for athletes to use the track while avoiding injury.

Head track coach Keoni McHone said, “So we were starting the process and then we were notified that…money is not available to break ground [and so] fall of 2015 we needed to find a situation so that our athletes could keep training. And that’s why we did the two lanes to try to see if we can get more life and make sure that we’re keeping our athletes safe.”

In two or three years, the goal is for the money to be available to completely redo the track. Until then, the two lanes are a sort of backup plan.

“This was a good short term fix for us because we weren’t going to be able to use it [the track] at all this year,” said Jim Martineau, the athletic director.

Once the funding comes in, there will be an “upto-date, state of the art facility, you know, at least get up to what all the high schools in the area have,” said McHone.

For now, the track team will use the two lanes. A new track would be ideal but these things take time.

“I’m pretty hopeful that we can get it done soon,” said Martineau. 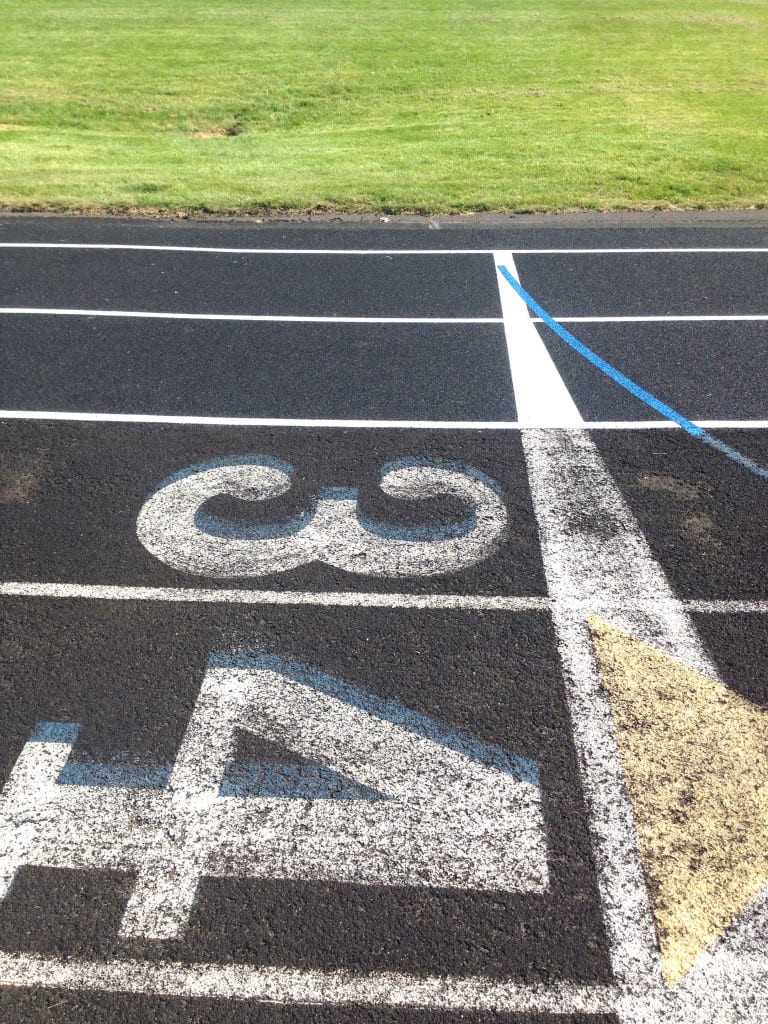 Lanes one and two, unmarked, have been resurfaced but the rest of the track remains in the original condition. 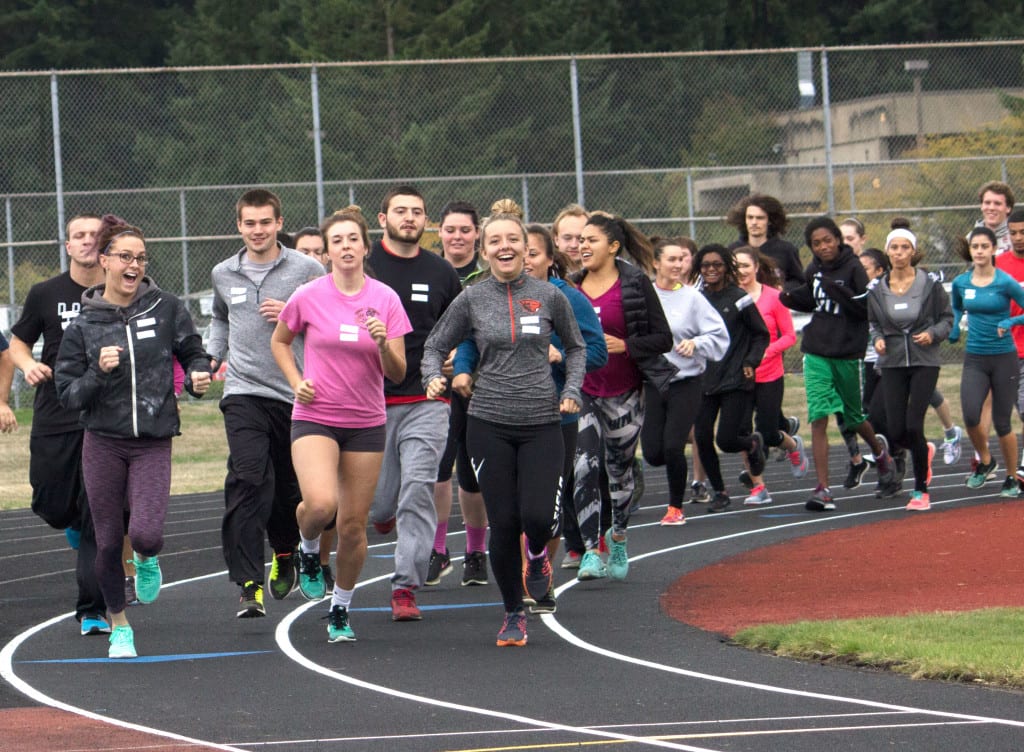 The track team runs their warm–up lap trying to stay in the two good lanes.