Golf class is a hole in one

Paul Fiskum, the golf instructor at Clackamas Community College, was actually a CCC student back in 1971.

“Golf was in the curriculum back then,” said Fiskum. “And we had a golf team for a while here at CCC.”

Back in the 1980s, Fiskum said, “There was a bond issue. Measure 5 and the athletic department cut a number of things from the curriculum due to cost.”

The men’s and women’s golf teams were cut along with men’s and women’s tennis and the men’s soccer team. But we do off er classes. Fiskum’s golf class, PE-185-035, will be offered spring term Tuesdays and Thursdays from 11 a.m. to 12:50 p.m. Fiskum was sad to see the program go.

The golf classes have their practice sessions at Sah- Hah-Lee Golf Course, located off of Hwy 224 and 130th. It has a covered practice facility and a place for practicing the short game. There are two different putting greens and a putt-putt course as well.

Fiskum said his classes start at Sah-Hah-Lee and he usually gives his students one lesson and they practice putting for 15 or 20 minutes, and chipping for about 30 minutes. After that, they go down to the driving range where all the students will hit a medium size bucket of balls and will also receive handouts that cover golf etiquette and golf terminology.

The class doesn’t go in depth into the rules because it would overwhelm the students, due to the numerous rules of the game. They are given a couple of the important rules to know, like the lost ball rule, out of bounds and the unplayable. The students are quizzed on these rules.

“I give the kids bits of information that I have learned, and the basics come first,” said Fiskum. “The grip, the stance, posture, alignment and ball position is where we start. We watch a video on the first day of class on the fundamentals of the game. We also cover safety on the course and how to watch out for others. I ask the students if they would like videos of themselves because I have a slow motion camera and they can see what their swing looks like.”

Hannah Stobie is a freshman here at CCC and she runs track and cross country.

“If I had known there was a golf class here I would have taken it,” said Stobie. “I am a 13 handicap and I was in the eighth grade when I began playing the game, my grandparents got me started.”

A student from last year’s class, Trevin Berg said, “I was an intermediate golfer so I got to learn more than just the basics of the game. I got to improve the fundamentals of my swing, my short game and my understanding of the rules, and the instruction was excellent.”

If CCC were to have the opportunity to add sports teams to the class schedule, golf would at the top of a short list, said Jim Martineau, the athletic director of CCC. 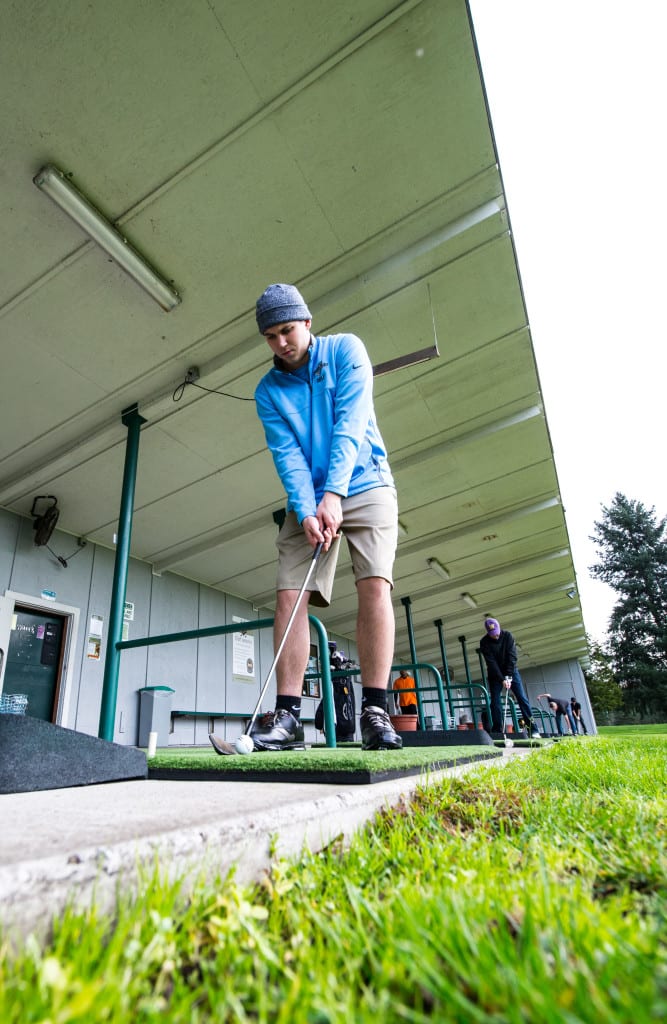 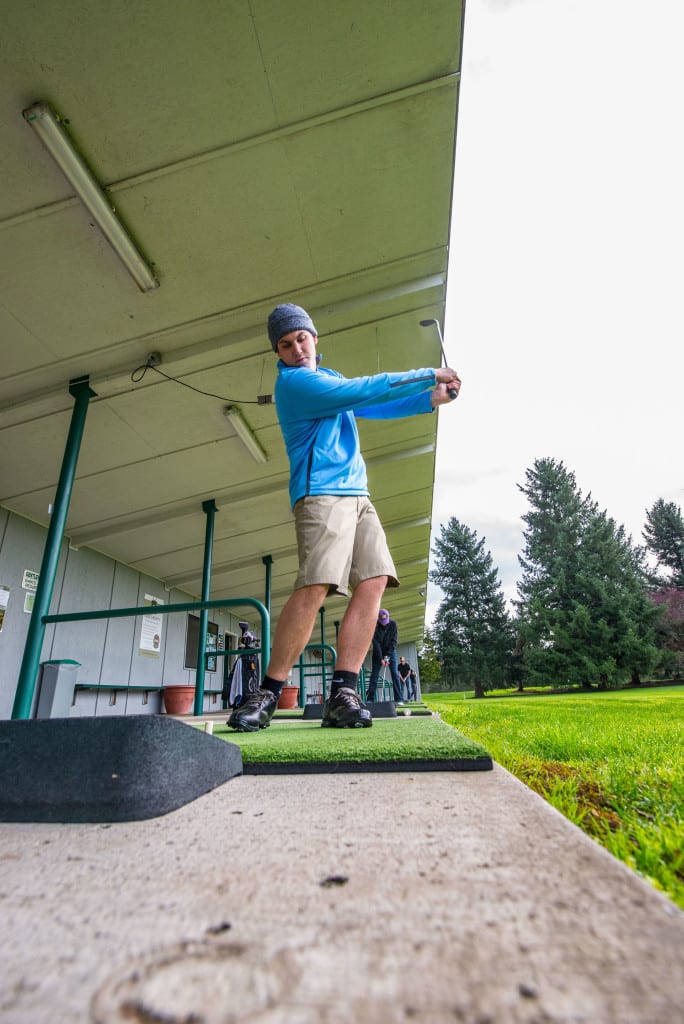 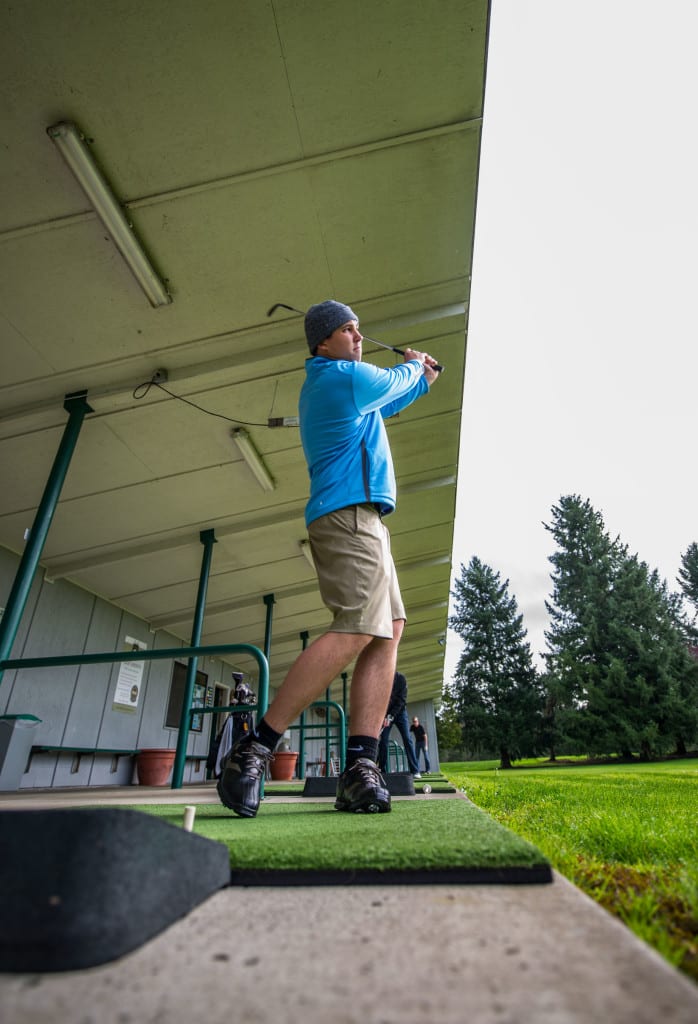 Matt Stenhouse practices his golf swing at the Sah-Hah-Lee driving range over the weekend.