In recent weeks, athletes around the country have been silently protesting racial injustice. The protesting itself hasn’t been the cause of the controversy, however; it’s how the athletes are doing it. 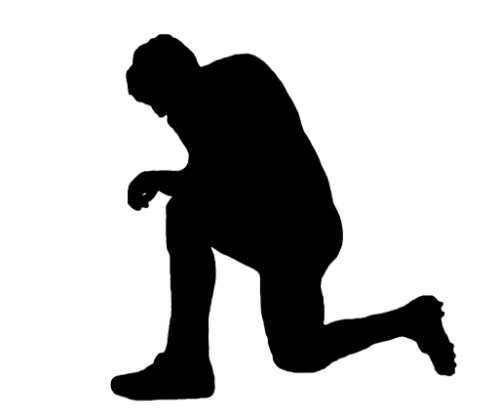 It began when Colin Kaepernick, the San Francisco 49ers backup quarterback, took a knee during the national anthem before the team’s first preseason game in late August. Kaepernick claimed that among other issues, he was kneeling for racial injustice.

When the news first broke, no one really understood why anyone could disrespect the American flag like he did, and nearly everywhere, there was only criticism.

Then, something interesting happened: people started kneeling with him. First it was Kaepernick’s teammate Eric Reid, next it was Seahawks cornerback Jeremy Lane, and now across the country there are numerous athletes from high schools such as Lincoln High School here in Oregon that have joined the silent protest. Colleges and members of other professional sports have also joined. Now there are huge amounts of support for the silent protestors, clashing with the critics and creating more controversy.

“I don’t like it,” Navy veteran John Lair told Chris Carlson from the Associated Press about Kaepernick’s protest. “If he’s not for our country and the United States flag, get out of my country.”

Other Americans have similar sentiments about the controversy. However, many people, such as Kansas City Chiefs cornerback Marcus Peters, support the idea of the First Amendment, and argue that the athletes have the right to share their opinion.

“I was just stating how I’m black, and I love being black,” Peters told Fox Sports after the game against San Diego. “I’m supporting Colin in what he’s doing as far as raising awareness with the justice system.”

I have seen and read many comments about this issue, and the overall argument is whether or not it is right for anybody to sit or kneel during the national anthem.

One thing that many who are against the silent protests need to know is that Kaepernick isn’t necessarily against the country, he is simply trying to raise awareness for racial injustice, among other things he had to say. He even stated that he was prepared for the backlash, and knew that what he was doing was going to stir controversy.

Of the many players that have joined the protests, the best way it’s been done was when several Seattle Seahawks players linked arms to show that they were in support of the national anthem, yet continue the conversation that Kaepernick started. Considering how the spotlight was on the conversation at the time, it was probably the smartest and most peaceful way anyone could’ve carried the talk on.

The main issue I have about Kaepernick’s protest is the fact that he is doing it during the national anthem. The flag isn’t just a representation of our country, but a representation of our freedom, and all the soldiers and brave souls who have fought for that freedom. Kaepernick can say it’s for racial injustice, but in the end, kneeling for the national anthem is saying more than just that.

However, he may not have been able to bring up the issue had he not kneeled. I am all for freedom of speech. Whether we agree with what he says or not, his opinion has the right to be heard, and that’s the beautiful thing about our country.

What do you think about the issue? Tell us what you think and vote on my Twitter poll: @jamesharley64