The scent of adrenaline, followed by the sound of skates cutting through the ice, leading to the anticipated slam of guys crashing into the wall; the Portland Winterhawks are warming up for their game.

It was game time when the announcer said, “Let’s play Hawkey.”

Friday, Nov. 20, the Winterhawks faced off against the Tri-City Americans in the Veterans Memorial Coliseum.

Early attacks by the Winterhawks set the tone of the first period. After three minutes, TNT by AC/DC sounded through the Coliseum as the Winterhawks struck first with a goal by Jack Dougherty.

After about five minutes, fans were rising to their feet again to TNT with a goal by Colton Veloso.

The Americans tried to get their offence going and took some shots at Winterhawks goalie Adin Hill. Hill made some solid saves but the Americans were able to sneak the puck by him 10 minutes into the first period with a goal by Brian Williams.

“I came to the game just wanting to get a lot of shots on net and lots of hits, I think I did that,” said Alex Overhardt. “I came out and got three shots in the first. I think it definitely benefited me.”

On his third shot, Overhardt got the Winterhawks their third goal around the 12-minute mark.

The Winterhawks finished the first period 3-1.

Starting off the second half, the Americans tried getting their momentum going but the Winterhawks captain, Dominic Turgeon, scored at three and a half minutes into the third.

The Americans quickly responded to the Winterhawks goal. Only about 30 seconds after Turgeon’s goal, Beau McCue got the Americans their second goal.

Paul Bittner got the final goal for the Winterhawks with less than four minutes to play in the second period.

“I thought we played an overall really good game,” said Turgeon. “We came ready to play and I think that was a big thing. We finished harder so that was huge.”

Neither team scored in the third period but Winterhawks kept the pressure on the Americans and denied them a consistent offensive attack.

Both Dougherty and Turgeon said their coach, Jamie Kompon, said the Winterhawks only allowed four shots on goal. Dougherty added that it showed how the team was able to control the situation.

The Winterhawks were quick to stop the Americans’ momentum breaks throughout the game.

Overhardt said, “I think we shut down their offence and played a really good transition game. Just played our game. Kept playing our game and got shots on net. And killed their push.”

The game also showed the amount of depth the Winterhawks have. Dougherty, Overhardt and Veloso are not among the teams leading scores like Turgeon and Bittner.

Even with a lot of season left to play, Dougherty said the team wants to give themselves the best chance to make playoffs and it starts with beating their US Division opponents.

“We came in with the mindset, do what ever it takes to win and we did that tonight,” said Dougherty.

It may have taken a while but Overhardt strongly thinks the team has found their game and how to contribute.

“I think that’s what were going to keep doing the rest of the season,” said Overhardt. “Just really positive and our team’s going up from here.”

On Saturday, Nov. 21, the Winterhawks lost on the road to Seattle 5-2.

Their next game is tonight at 7 p.m. vs. Moose Jaw in the Veterans Memorial Coliseum. 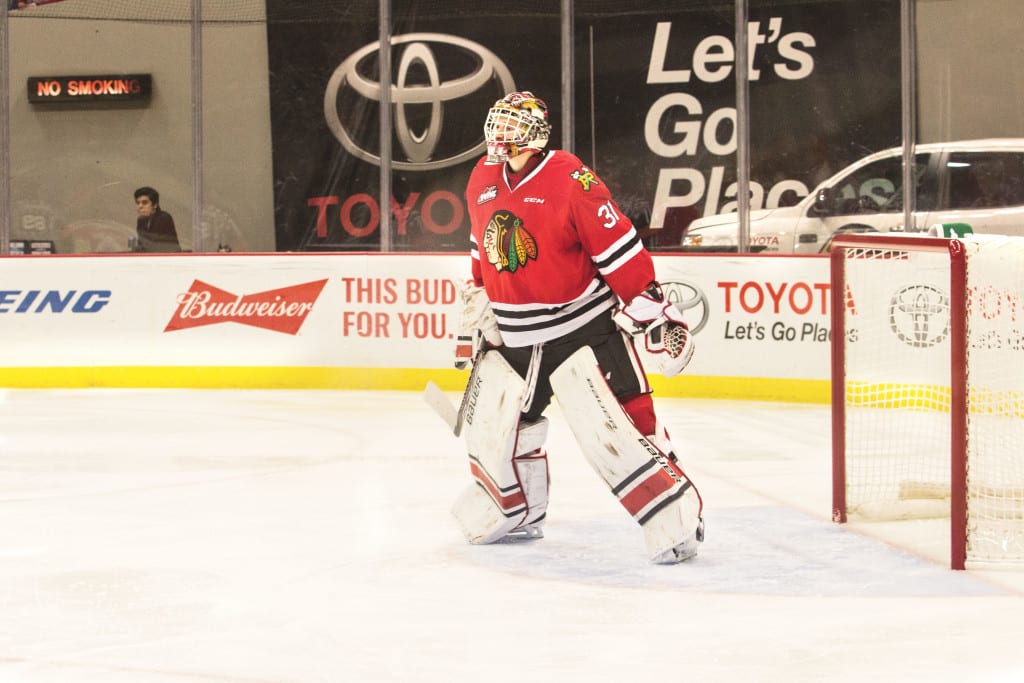 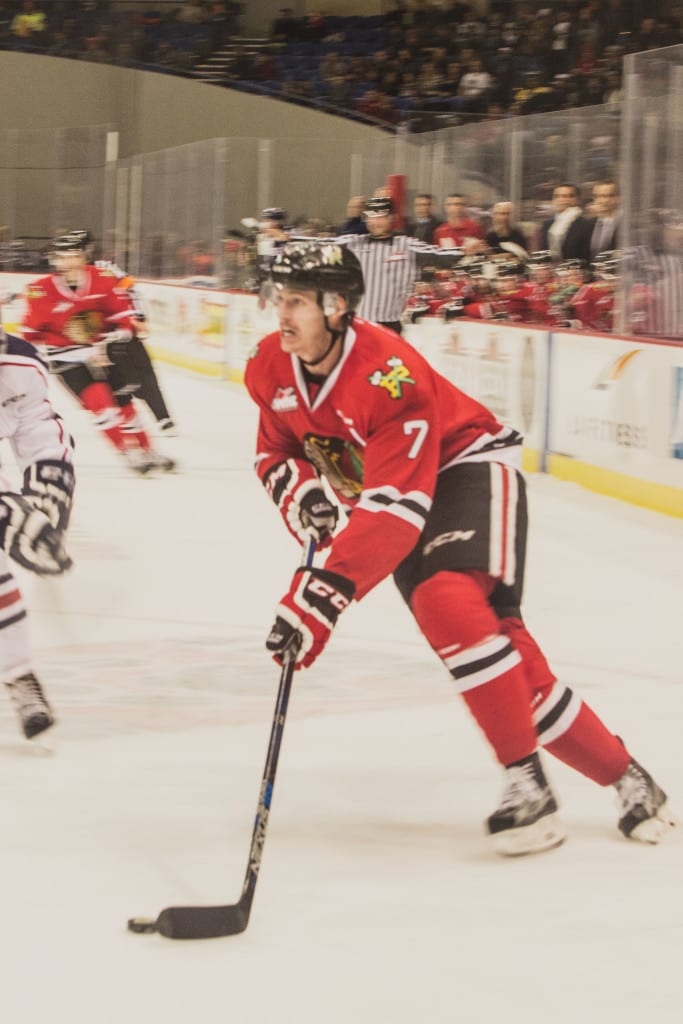 Paul Bittner looks up to plan his attack to goal. 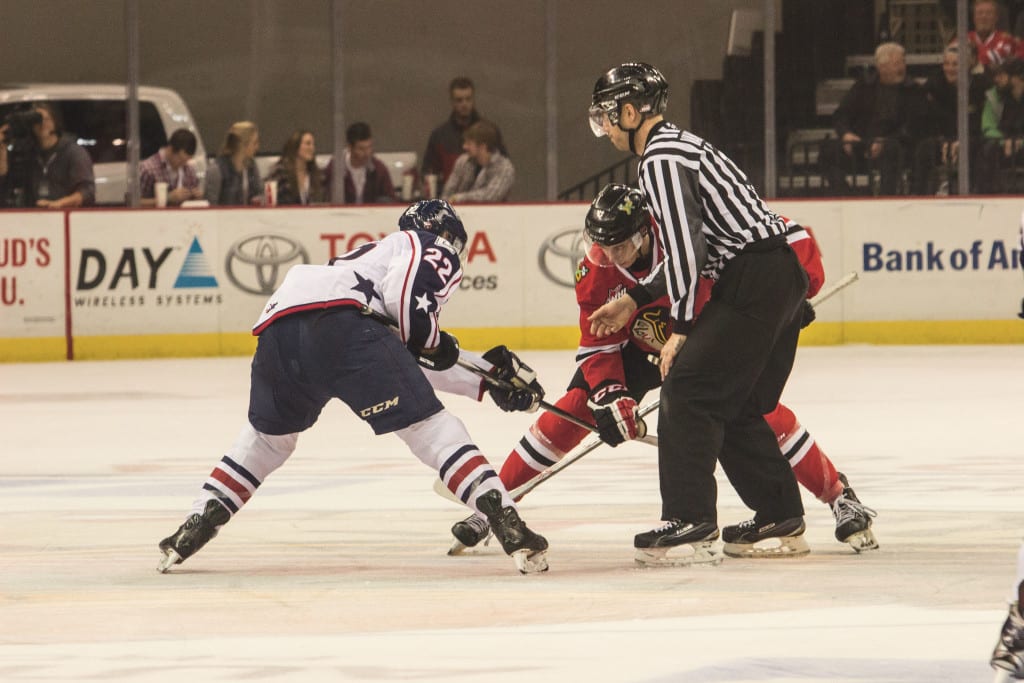 Cody Glass, for the Winterhawks, faces off against Nolan Yaremko, from Tri–City Americans. 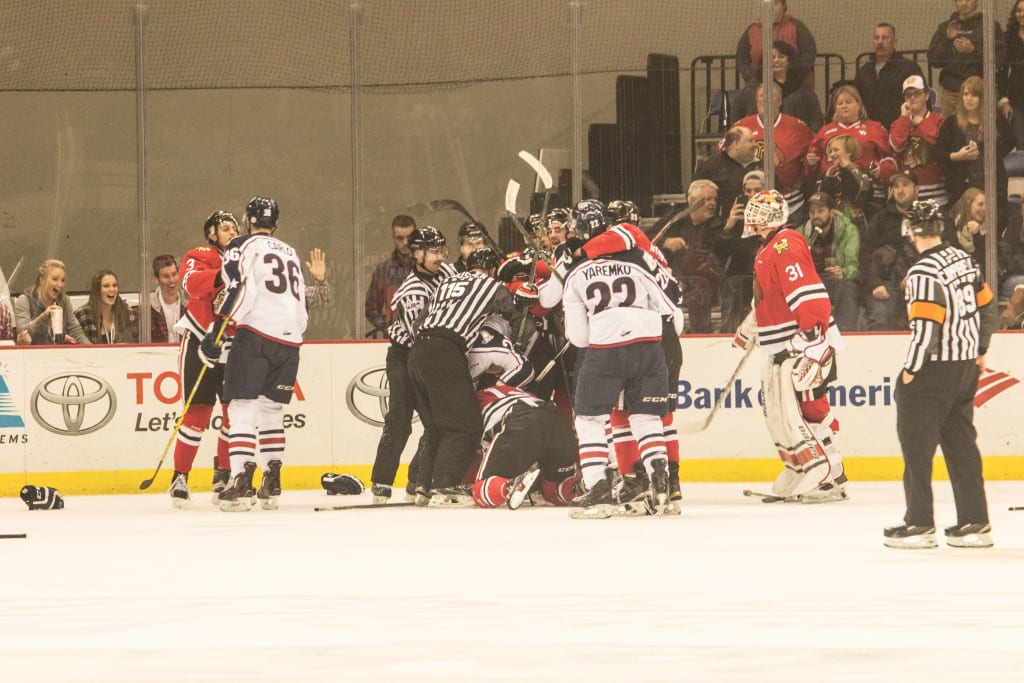