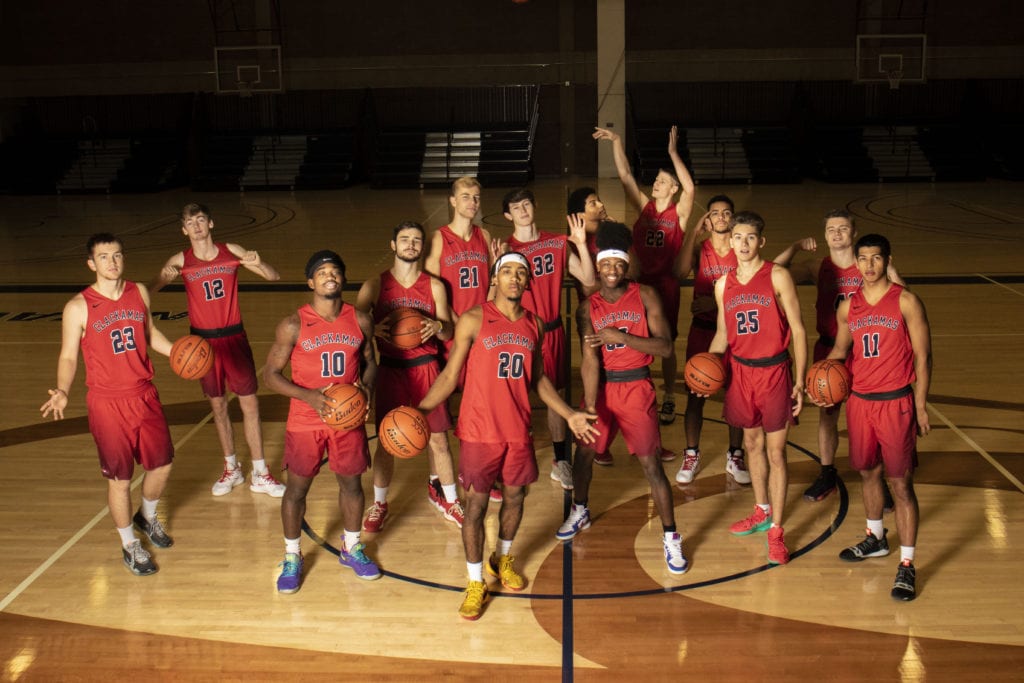 The jamborees are over and the first official game is right around the corner for Clackamas Community College’s men’s basketball team.

There was some speculation Ford may not return to Clackamas for his sophomore season, but head coach Clif Wegner said the 6-foot guard chose to stay to lead the team to its first NWAC championship since 2010.

“One of the things [Ford] was really focused on was trying to prove he was a leader and could lead a team to a championship.” Wegner said. “In actuality [Ford] has shown everything else to a Division I coach that you would want in terms of scoring and assisting and defending and rebounding and playing hard all the time.”

Ford averaged 18.8 points per game, 8.3 assists per game and 9.6 rebounds per game during his freshman season and says he spent a lot of the off season on the court.

“I was always in the gym, sometimes twice a day working, just working on my jump shot and handles. Making sure my game is right, working on my craft as much as possible.” Ford said.

Freshman wing Ruben Onishchenko said the depth of this year’s team will help the Cougars this season.

Onishchenko said the biggest difference he has noticed in the transition from high school to college is how physical the college game is.

Possibly the most noteworthy player coming off a redshirt season for the Cougars is sophomore post Donavan Tafua. The 6’7” big man averaged 9.2 points per game and 5.5 rebounds through 30 games during his freshman campaign in 2017-18 season.

“We joked with people last year that we were redshirting potentially our best post player,” said Brian Stamme, assistant men’s basketball head coach. “He’s a great presence and someone that not only can we pound it into low but can step out and shoot the three. We’re really excited to have him back and I think he’s going to have a fabulous sophomore season.”

Wegner enters his 22nd year as the head coach at Clackamas and credits his competitive spirit for keeping him enthused about the game.

“I still hate to lose, I hate to lose,” Wegner said while chuckling. “That and I feel like I owe it to the kids. They came here to play, I promised them a chance to win a championship and I promised to do everything to get them to that level. As long as their willing to work hard, I should be the leader in energy.”

The Cougars plan to push the tempo and shoot the long ball this season, but sophomore Jamie Stull believes that Clackamas won’t be in trouble if they get into a game where the threes aren’t falling.

“They say you can live and die by the three, but I think we’re a good enough team that we don’t need to rely on the three,” Stull said.

Last season the Cougars dominated early going 10-2 in the preseason but started conference play on uneven footing as they dropped three of the first five games and ended up finishing fourth in the Southern Region. Wegner said the Cougars must step it up in league this season to set up a more favorable match-up early in the playoffs.

“We’ve got to do a better job in league, we’ve got to get ourselves a better seed for the tournament,” Wegner said.

The road to the playoffs starts Friday night as the Cougars look to christen the new home court with a win versus Multnomah University’s junior varsity team. Game tips at 7 p.m. and students receive free admission with a valid student ID.