In a time where football and basketball dominate ESPN’s SportsCenter highlights, sports that used to find themselves near the top are trying to crawl back up in search of a larger fan base.

Baseball, which recently lost to football in a poll as America’s biggest pastime, brought new changes to the game as the MLB announced an implementation of rules to try and speed up games. These announcements brought a fairly negative outcry from hardcore baseball fans. However, there is another sport taking even more criticism for even bigger changes to its format.

NASCAR announced changes over its off season, which added stages to each NASCAR race. Every race will now have three stages, and winners of the first two stages will get 10 bonus points that add into the playoff s at the end of the season. In the last stage, drivers race to determine who the winner is, like normal. Winners of the race still get 40 points, as it was last season, and hoist the trophy in victory lane.

The changes, among several others, come to try and improve the excitement on the track, at a time where NASCAR struggles to sell out its seats in the stands. Steve O’Donnell, NASCAR’s chief of racing, told Fox Sports that these changes come from what he’s heard “loud and clear from the fans on Twitter.”

With reports of NASCAR considering reducing the noise of racecars on the track for next season, some longtime fans are beginning to turn away from the sport, frustrated with the direction it is going in its attempt to gain new viewers.

“You have lost another fan due to your changes,” said J.R. Huntley in a top-liked comment on NASCAR’s Facebook post. “Stage racing or segment racing has taken away how NASCAR was developed.”

Huntley isn’t the only one who has turned his head away from the sport. In 2002, NASCAR had some of its best ratings in its history. According to Jayski, a website partnered with ESPN that has displayed NASCAR ratings since 2001, the 2002 Daytona 500 had about 35 million viewers, while last year’s Daytona 500 had just about 11.4 million viewers. This stat simply shows a downward trend that NASCAR has seen over the last few years that could be related to a number a things, but it really strongly points to one trend in particular, which is the shrinking fan base.

Longtime fans have a point. If anyone were to look back to that 2002 season, it would be almost unrecognizable compared to today. There was no championship playoff or “chase,” which was added in 2004 and heavily modified after the 2013 season to essentially what it is now. There were also no stages, and points were structured much differently than they are now.

NASCAR is taking a huge risk. Whether it was the economic decline, lack of promotion, or just simply fans leaving the sport in disgust, NASCAR is committed to finding a way to bring people back and find new people to get interested. Yet, there is still a guarantee that NASCAR fans like me will have a hard time watching a seemingly artificial excitement.

Watching NASCAR adding new rules each season is like watching someone trying to fi x something that isn’t broken. The best thing NASCAR can do at this point to catch back up to the NFL in views is to go back to its roots, back to when the stands were full and the racing was at its best.

With the latest ratings for this year’s Daytona 500 showing little improvement compared to last year’s race, it tells us that there is still much to do to bring back fans. In an era where Dale Jr., NASCAR’s most popular driver since 2002, is already talking retirement, I just hope that NASCAR makes the right moves to connect the sport back to its roots with the fans and racing. 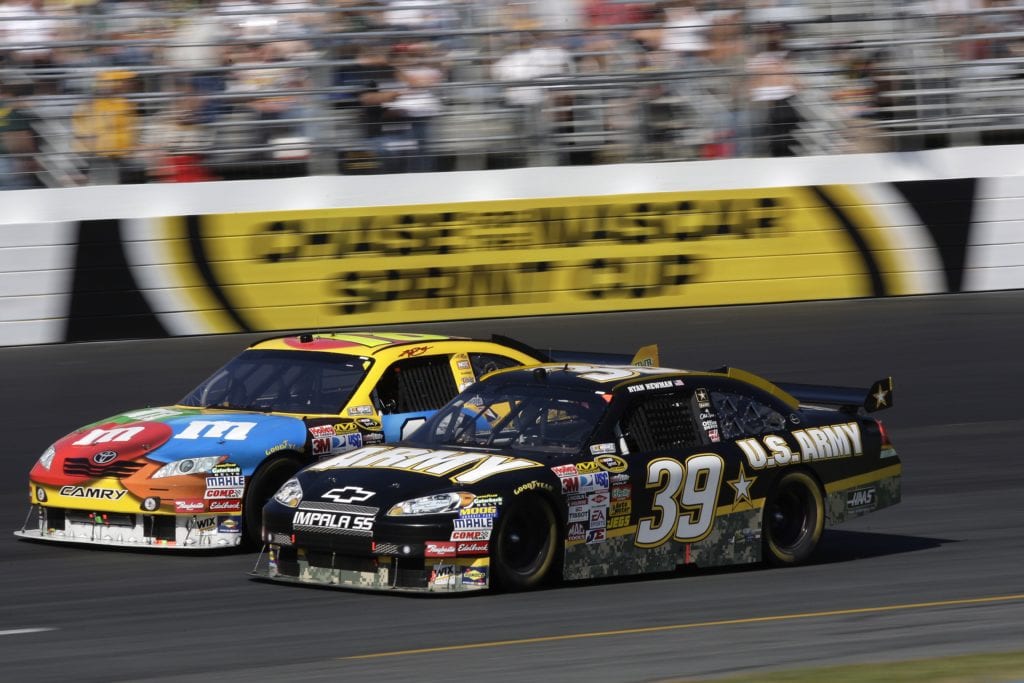