Although being a Portland Trail Blazers fan means I can no longer root for my team this season, I can still enjoy the thrill of the NBA playoffs.

The Big Four are known as the four major professional sports leagues in the United States and Canada and it consists of the MLB, NFL, NBA and NHL. Each league relies on a playoff system to determine their champion. The MLB, NHL and NBA use the best of seven series in their post season play, while the NFL uses a single game, single elimination playoff system to whittle down to the last man standing.

To determine which league has the best postseason, it comes down to three things: competitiveness, entertainment and viewership. Judging those three factors, the NFL and NHL can be eliminated.

Although the NFL has the highest viewership and revenue of the Big Four, without a best of seven series, it limits the competitiveness and entertainment. By only having one game – win or go home – teams are forced to give their all in entertainment, but injuries are not allowed time to fully heal and athletes are forced to play or sit. The competitiveness is taken away when you only have one outing to see both teams perform at their best or worst.

Playoff hockey is often talked about as being one of the single most competitive postseason sports. In any given year, an eight seed can upset the No. 1 seed, showing that from top to bottom there is little spread in talent and skill. With the game speed being faster than any of the other Big Four, hockey makes for one of the most entertaining postseason sports. The NHL lacks viewership, in the past 10 seasons, the NHL is dead last, averaging at 4.4 million viewers per year of the Stanley Cup Finals. In that same span, the MLB and NBA have nearly quadruple the amount of viewers for their championship series.

The two left of the Big Four are the MLB and NBA. Each league is comparable in competitiveness, entertainment and viewership.

In recent years, the MLB and NBA have been similar in competitiveness and entertainment. The MLB had the excitement and drama just like any other major league sport. In competitiveness, there is no clear cut edge between the two because the championship series has always been full of anticipation.

Where the NBA takes its edge is entertainment, the NBA has more ‘heroes and villains’ than any other sport.

In any given year, fans will find their villain, whether it is LeBron James taking his talents to South Beach or Kevin Durant using the motto “If you can’t beat em join em” and signing with the team that knocked him out of last year’s playoffs. The heroes are usually pegged as those that ensure the villain never wins, like the San Antonio Spurs beating Miami’s big three or Kyrie Irving sinking a late fourth quarter three in game seven to knock off the defending champions and MVP Steph Curry.

The NBA has only a slight edge when it comes to viewership over the MLB. In the last ten years, the MLB averages 16.2 million viewers of the World Series while the NBA finals holds 16.4 million, showing that it has more fans watching.

Factoring in competitiveness, entertainment and viewership, the NBA stands alone as the best postseason of the Big Four sports. The NBA playoffs continue to be the must watch on television after one of the most historic seasons to date has led to record breaking playoff performances too. 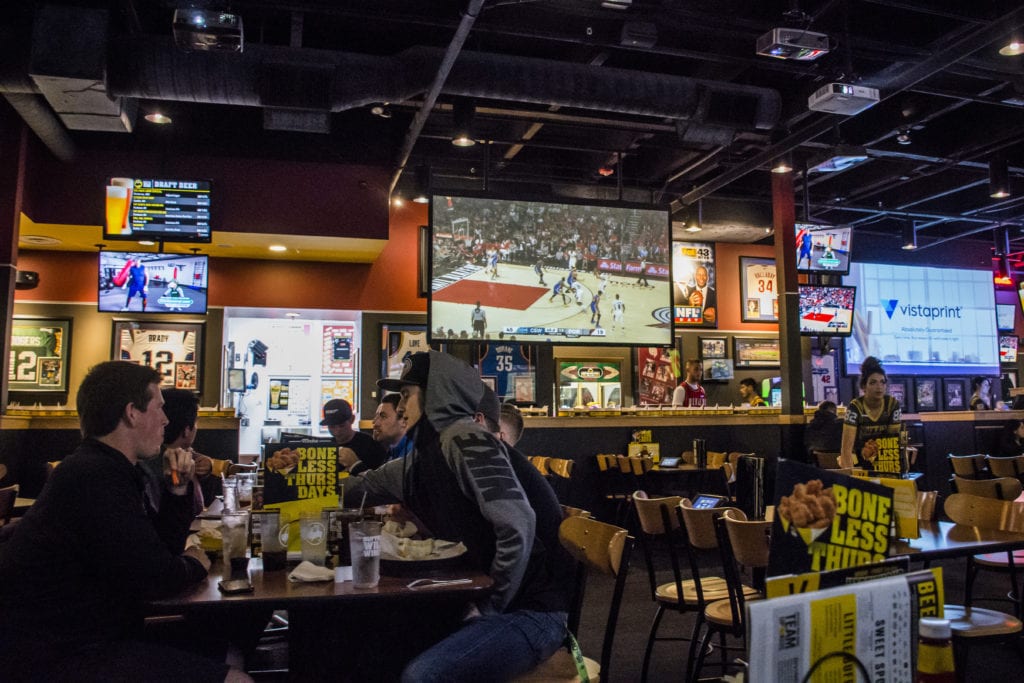