Pickled for the summer 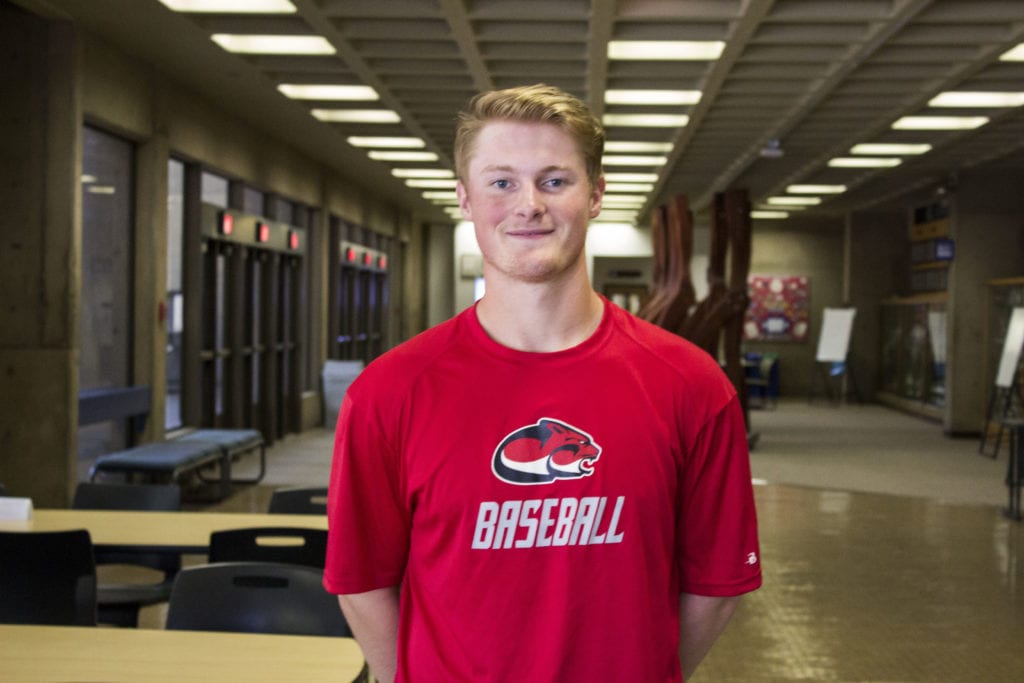 Renner Stecki of Clackamas Community College spent his summer traveling the West Coast playing baseball for the Portland Pickles. The Pickles are a summer collegiate woodbat team that plays in the Great West League. Stecki played third base for Portland on a roster that had players from all over the country and all levels of college baseball.

The Clackamas Print: What was your favorite part about playing for the Pickles this summer?

Renner Stecki: The fans were amazing, we had so many people there. Also the teammates I played with. They were great guys and friends for life, some really great people.

TCP: What was it like playing with guys from all around the country this summer?

RS: You learned a lot. There were a lot of guys from D1 schools and schools from all around. You learn how they act and they play, what’s different and you pick up a lot of new things.

TCP: How did summer baseball help you improve as a player?

RS: You pick up a lot of things from other guys that have been in different areas and different schools. The experience of playing against teams in California and being around better guys.

TCP: What was your experience like sharing the field with guys you weren’t used to playing with?

RS: That was a good team, they’re very open and friendly guys. We all came together really quickly, so it was like playing with a good group of friends and was a good time.

TCP: How is playing for the Pickles different from playing CCC baseball?

RS: It’s a step up with the fanbase and all the traveling you get to experience a little bit more about what baseball is like further on with bus trips and the experience of playing with all these guys.

TCP: What was it like to travel to all these different teams in California?

RS: The bus rides got a little brutal sometimes, 10-hour bus rides, but you know we went at night time so we got to sleep for most of it. It became grueling at the end with all the trips but they’re still fun a lot of fun being around friends.

TCP: What was your most memorable moment this summer?

RS: There were a lot of inside jokes and things that came together like ‘foot gowns,’ ‘rotisserie chickens’ and ‘Hey, Mike’ just things like that.

TCP: How did the maturity of the team impact your development as a player?

RS: It helped me slow down the game a lot and just realize I need to slow it down. Stay focused on plays that are going on and just understand it better, understand what baseball is more about.