Robert Ford, basketball player and guard for Clackamas Community College averaged 23.3 points, 10.7 rebounds and 7.4 assists per game during his sophomore season. Ford shot 40.1% from three and led Clackamas to a 25-3 overall record and he has committed to play for Idaho State, a division one school who competes in the Big Sky conference. The Big Sky is associated with the NCAA and has twelve teams, including Portland State and Weber State. 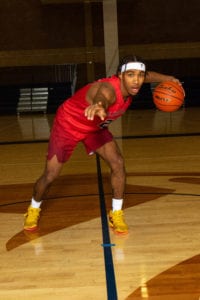 TCP: Why did you choose Idaho state?

Ford: I chose Idaho state because it was a good fit and what they are trying to do with their program is something I feel like I can help.

TCP: What does it mean to have the opportunity to play division one?

Ford: “Division 1 basketball has been a dream of mine since I was a little kid and everyone told me I couldn’t make it or I wouldn’t [make it] and to be able to do what I said I would — I’m really thankful for all the support that led to this.”

TCP: What are you looking forward to the most at Idaho State?

Ford: “I’m looking forward to getting started ASAP with Idaho State and building as a team to do good things in the future.”

TCP: How did your time at Clackamas get you prepared to move on?

TCP: What are you going to miss most about playing at Clackamas?

Ford: “What I’m going to miss most from Clackamas is the family I built there, with not only my teammates, but with staff at Clackamas that not only helped me out but people that made sure my grades were right or that I did my work for the day. Even if it was just an easy check in on how things were going, the staff were great and supportive of me.”

TCP: When did Idaho State start recruiting you?

Ford: “Idaho State started recruiting me freshman year in college, in the spring.” 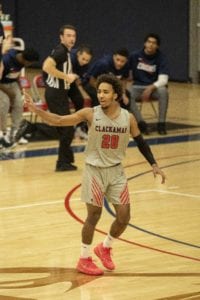 TCP: Was there a specific moment when you knew you were going to go to Idaho State?

Ford: “Coming down to the last couple days there was a lot of confusion and complications on where I was going but after it was set and done, I seen who wanted me the most.”

TCP: What are your goals for yourself and the team, at Idaho State?

Ford: “Some goals I think we all could set up as a team is first win the Big Sky Conference, then after that we all wanna go contend for a national championship. Anything can be done, I just feel like we need to bet on ourselves and double down on it.”