On Oct. 30, Jose Macias finished the NWAC Southern Region cross country championships in 15th place, running the 8k race with a time of 26:32.

At the start of the fall term, Macias transferred from Portland State University to Clackamas Community College.

“I think he brings a little bit of maturity [to the team]” said CCC’s new cross country coach, Jonathan Marcus. Macias and Marcus have a close relationship. Marcus also came from PSU in August of this year. Macias felt compelled to follow Marcus to CCC.

“Honestly, after that one year at Portland State, I just couldn’t leave him,” said Macias. “I mean, I feel like he’s trusted me and he was really the only coach who gave me a chance at the divisional level.”

Marcus said, “He knows me well. I know him well. I think that loyalty and just that familiarity was key. It’s not so much the X’s and O’s. It’s about caring for people and that’s ultimately why I coach.”

Macias’ parents came from Mexico. He has four siblings and his older sister, Jennifer Macias Morris, has inspired his running.

“Just seeing my older sister get the opportunity to go to college and get college paid for [was an inspiration to me]. She was the first in my family to graduate from high school and college and running has really opened the door to a lot of education stuff. And just seeing that from her just inspired me,” said Macias.

Both of Macias’ parents did not finish middle school and so they are very proud of Macias and his sister, Morris, who have both graduated from Hermiston High School and went on to college.

In high school, Macias and Morris participated in cross country; Jake Puzey was their coach.

“Jose is the embodiment of the American dream for the Macias family,” said Puzey. “Running opened up opportunities to Jose to further his education.”

Macias’ parents taught themselves English and worked in fields. They went on to work in distribution centers.

“On the weekends, they work at the flea market and sell blankets and from the time Jose was a little boy, that was what he did on weekends,” said Puzey. “His family doesn’t believe in rest.”

“Hermiston’s first big [cross country] title was won by Hispanic kids and Jose was one of them,” said Puzey. “It made a statement to our town, that wasn’t necessarily welcoming to that [Hispanic] population.”

Morris said she is proud of her brother.

“Now, four of us have graduated high school and the youngest is going to step on the podium this June,” said Morris in an email.

“I’m thrilled to see where running will take Jose. He’s accomplished a lot already and I believe he has a lot left,” said Morris. 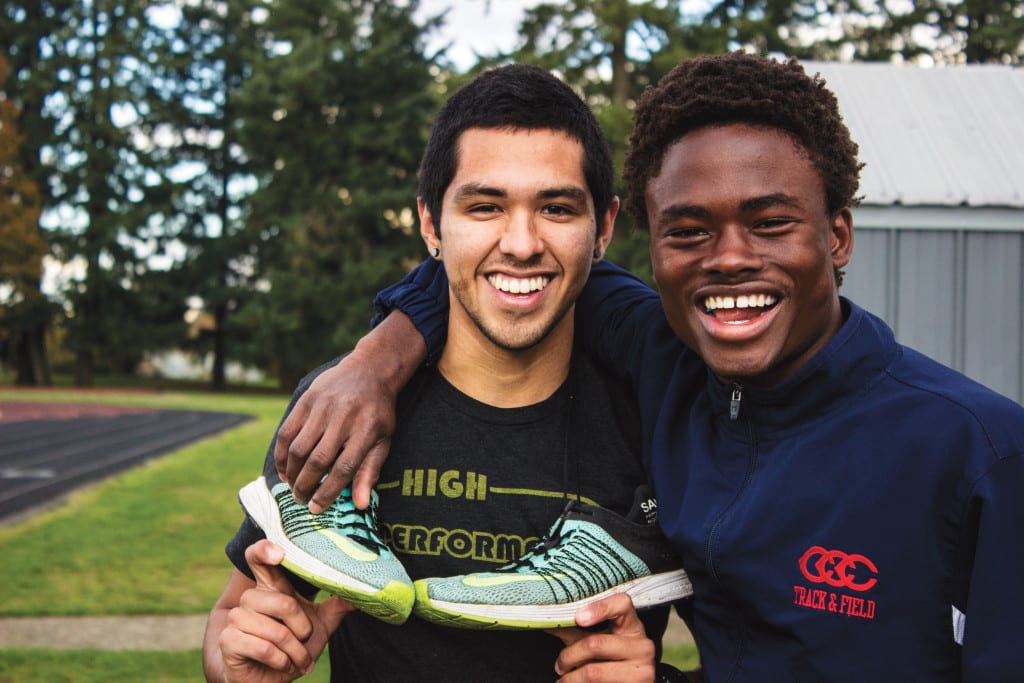